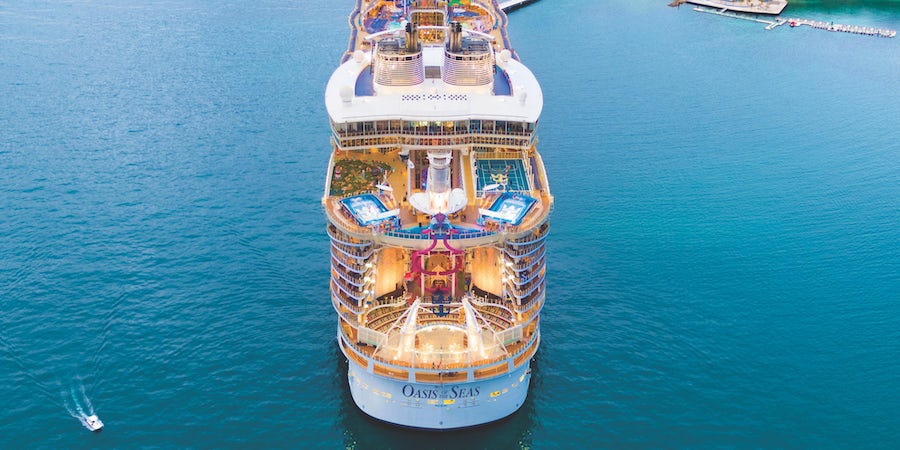 Congratulations on booking your first cruise. No comes the fun part: Figuring out everything you want to see, do, taste and experience on and off of your ship during your cruise vacation.

Just like any first -- from vacation destinations to jobs -- it's helpful to gather a few tips and tricks before you embark on your first cruise. From all-important questions about scoring a table at a hot restaurant on your ship to making sure your luggage arrives and everything in between, we've compiled our decades of cruising experience to make sure that you have the first time cruise tips you need to ace your adventure.

Read on for 15 tips that will help you prepare for and enjoy your first cruise vacation.

1. Research Your Ports in Advance

On a cruise, everything you'll need -- food, fun and cabins -- is neatly arranged in apps, maps on the ships and daily programming flyers delivered to your room. And while cruise lines are more than eager to market their shore excursions to you, they don't always do the best job of telling you exactly what to see or do in ports of call. But that doesn't mean you should board your ship without doing some research on your own ahead of time. Cruise lines rarely go beyond handing out a map of the port town jewelry stores (with which they often have special business agreements). With limited time in port, it pays to hit the books before you go. And even if you've booked an excursion, after that three-hour snorkel trip, you might find yourself with several hours to kill.

Most big-ship lines -- Carnival, Royal Caribbean, Norwegian and others -- automatically add a service charge on to bar bills. Unless the service was spectacular, there's no need to add another tip on top. For more detailed information about cruise line tipping policies, check out our guide to cruise line tipping policies on the most popular big-ship lines.

3. Pack With Space in Mind (and Consider Only a Carry-On)

Whether you can fit clothing for an entire cruise itinerary into one carry-on bag is a source of fierce debate. But it is absolutely possible and, until airlines stop losing luggage, may be your safest bet to making sure you have clothing for the duration of your cruise. Check out our tips on packing before you try to cram your life into a small suitcase. Travel logistics aside, though, cruise ship rooms (and bathrooms) aren't known for having tons of floor space or storage space. You'll want to think twice about overpacking, especially if you're maxing out the capacity of a standard room.

Related: The Ultimate Guide to Packing for a Cruise

4. Take Yourself on a Ship Tour on Embarkation Day

We get it: Cruise ships can be massive (like, bigger than many small cities and towns around the world massive). With that in mind, it can be helpful to get a lay of the land shortly after you board so that you can truly understand where your cabin is located relative to the amenities, restaurants, bars and entertainment venues that appeal to you. Check out Cruise Critic's ship reviews, which offer expert tips on how deck plans are arranged, and make a list of the venues your most curious about. After you board your ship, head to the highest deck that speaks to you (likely the pool deck for most cruisers) and work your way down the ship, deck by deck, walking the main public areas on those decks. Bonus point? You'll be getting your steps in while making sure you never get lost on your ship during your vacation.

5. Board Your Ship As Soon As You Can on Embarkation Day

Book your boarding time online as soon as you’re able to before your cruise. You’ve paid for that first day on your ship, so aiming at the earliest boarding time means you can maximize your vacation time. The ship is up and running on embarkation day, with the pool deck in full swing. Grab lunch in a quiet spot, sit by the pool and order a drink of the day. You won’t have access to your room right away, so pack your swimsuit in your carry-on, and change in one of the public restrooms. You can also use part of your day to tour the ship and get the lay of the land, as we suggested above.

6. Pick a Cabin That Works for Your Cruise Needs

Sure, everyone wants a suite -- but the best cabin onboard is the one that fits your budget and your vacation needs. Don’t pick an inside cabin with no window just because it’s the cheapest; consider where you’re headed and the length of your cruise, and let that be your guide. If you’re headed for a warm-weather destination, a balcony cabin is great for sun-worshippers -- and probably useless for those who prefer to stay away from the heat of the day. If you haven't booked your cruise yet, it's worth checking out our complete guide to choosing a cruise ship room.

Related: 12 Things Not to Do in Your Cruise Room

7. Don’t Pick A Cruise For Just One Port of Call

Here's the deal: While cruise ships have set itineraries at the time you book, those are not entirely set in stone. Hurricanes or other storms and an array of other factors can mean that one or more ports on your cruise could change. With that in mind, don’t pick a cruise just for one port of call. Instead, find a cruise that travels across a region that you find appealing. Trust us: We’ve spent three separate voyages bobbing around Santorini when weather conditions have been too ugly to tender ashore.

Cruise Critic's forums are the perfect place for cruisers to meet ahead of their cruise: Cruise Critic Roll Calls. Sign up for your specific cruise, and we guarantee you’ll make friends with your fellow travelers and learn tips from seasoned cruisers. We hear stories all the time about lifelong friendships that started on our Roll Call pages.

9. Purchase a Drink Package Before You Set Sail

A drink package can save you money and hassle when you’re sailing, so if you're looking to really get into vacation mode it pays to buy a drink package before set foot on the ship. You’ll likely save money, as cruise lines often discount those packages ahead of time. The one drawback: You’ll have to pay up front rather than onboard.

10. Your Cruise Daily Planner is Your Best Friend

Cruise lines put out a calendar each day -- either a paper that's left in your cabin in the evening or electronically via their app (or both). This is your North Star when it comes to figuring out how to spend your day. Daily planners are loaded with things to keep you busy, from dance classes to trivia and theater shows. Many apps allow you to save items to your calendar and will even push a reminder to your phone. If you have a paper planner, a good old-fashioned highlighter will help you keep it straight. Also note: Shows are often offered twice each day, so you can fit the one that fits your schedule best without FOMO.

11. Don't Be the First To Rush Off the Ship in Port

Much like getting off an airplane, the second your ship pulls into port, it can feel like half of the vessel is already waiting at the ship’s gangway, backpacks and cameras in hand. It’s chaotic and, frankly, boring to be standing around waiting to disembark. Unless you've booked a shore excursion that leaves upon disembarkation, take a deep breath and let the crowd pass. Instead, grab another coffee in the ship’s coffee bar and watch the process from the relative calm on the outer decks. Also, consider what time it is: We’ve seen people swarm off ships at seven in the morning in sleepy Skagway, Alaska, only to come back onboard an hour later complaining about how nothing is open. Don’t be that cruiser.

12. Save Money on Your Shore Excursions

Cruise ships offer shore excursions, essentially tours that take place in each port. With most cruise lines, you’ll pay extra for these. While purchasing these tours through the cruise line means everything will be handled for you, costs can be steep. If you want to save a little money, book independent shore excursions through a company like Viator or Tripadvisor. Just make sure your excursion fits with your time in port. If you’ve joined a Cruise Critic Roll Call, passengers often book independent tours together. Just note, if you are delayed returning to the ship on a cruise-purchased shore excursion, the ship will wait. If you booked independently, it won’t.

13. Do Your Research When It Comes to Weather

In this era of ever-increasing extremes it pays to do a little weather recon before you embark on your cruise. Wet seasons and dry seasons are changing in parts of the world where cruises frequently travel, like the Caribbean and Mexico, and extreme temperatures are becoming the norm especially in summer months. You'll also want to check the weather in several ports on your trip. Just because you're cruising the Caribbean doesn't mean you'll have the same weather from one island to the next. Same goes for Alaska, the Baltics and other destinations around the world.

14. Avoid the Buffet on Embarkation Day

Embarkation day can be long. For many, it starts with an early morning jolt out of bed, continues with a lengthy journey to port, and concludes with lots of thumb-twiddling in a bleak, amenity-free terminal. All this pre-cruise time can lead to rumbling stomachs once onboard, and that often means throngs of people making a mad dash to the buffet. On many ships you'll find the main dining room or other dining venue open during the day on embarkation day. Check your app for opening hours or head to guest services to find out your options for embarkation day dining if you're seeking a little peace and quiet.

Related: 8 Things Not to Eat at the Cruise Buffet

15. Cruise Internet Can Be Slow and Expensive

If you’ve purchased internet to use on your cruise, don’t be surprised if your surfing is slow, especially on older ships. While some cruise lines have invested heavily in giving you a land-fast internet experience, others have not. If you find your experiencing slow internet, look for routers strategically placed throughout your ship, then sit yourself near them. These will usually be on the ceiling, often in hallways or near entrances of big public spaces. You’ll often get a better signal when you are closer to the routers.