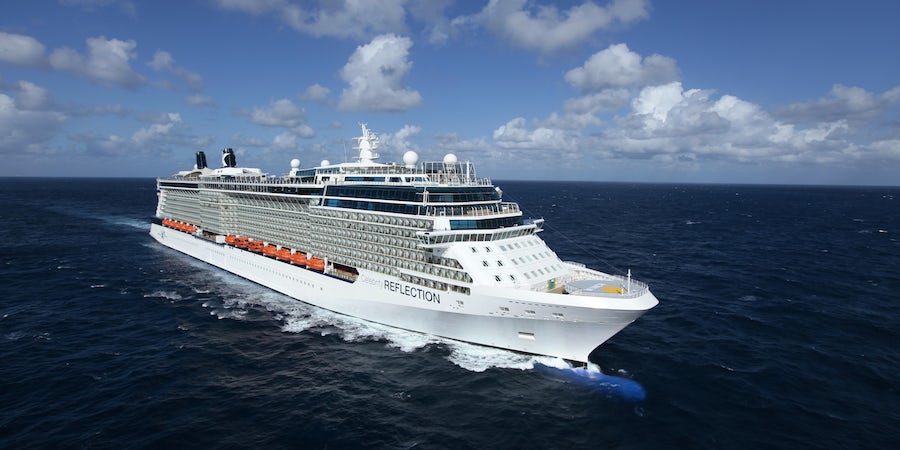 7 Things You Can Only Find on Celebrity Cruise Ships

It's sometimes easy to forget just how much of a game-changer Celebrity Solstice -- the first in a series of five Solstice-class ships -- was when it launched in 2008. The 2,850-passenger ship ripped up the rulebook with many firsts at sea, including a giant tree suspended in the atrium; a wine cellar taking center stage in the main dining room; a real grass lawn on the top deck; quirky, challenging, original art adorning the walls; and liberal use of Apple technology throughout. It felt like cruising grew up.

Seven years later, Celebrity's Solstice-class ships, all of which have been through a refit, still dazzle. And many of the innovations that have proven so popular on the line's newer ships have been retrofitted to Celebrity's older Millennium-class ships: Celebrity Constellation, Celebrity Infinity, Celebrity Millennium and Celebrity Summit.

Here are seven things you can only find on Celebrity Cruise ships.

Related: 7 Reasons Why SeaDream Is the Cruise for You 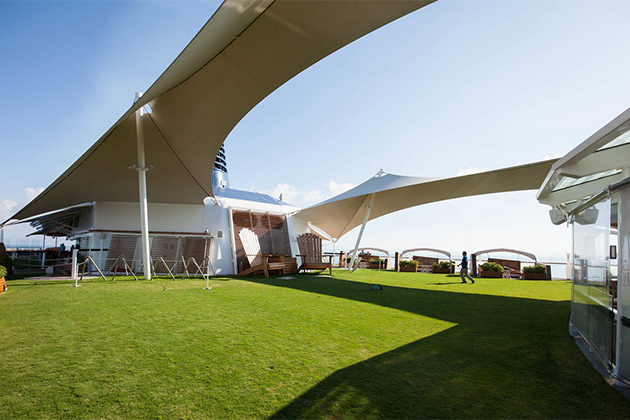 Yes, Royal Caribbean's Allure of the Seas and Oasis of the Seas have Central Park -- covered in some 12,000 plants, 60 of which are trees -- but only Celebrity's Solstice-class ships have real grass lawns on which you can sit, play bowls and, on some ships, even eat. Did you know that the grass isn't actually grown in soil? (If it was, it would wash away and make the ships too top-heavy.) It's grown in a layer of lightweight, porous material that includes volcanic pumice, among other things.

Fun fact: The lawns were originally meant to be putting greens, but former Celebrity boss Richard Fain suddenly decided he wanted to feel the grass between his toes.

The Lawn Club Grill is only available on two of the Solstice-class ships -- Reflection and Silhouette (sadly, not the two most popular ships for U.K. cruisers). On Reflection and Silhouette, the space where glass-blowing formerly took place was transformed into a gorgeous glass-fronted restaurant overlooking the lawn. The twist is the passenger becomes the "grill master," selecting the meats, applying the marinade and doing the grilling, all under the guidance of a chef. Starters include made-to-order pizza, with the passengers doing the kneading and topping.

Another first at sea is Celebrity's tie-in with Apple, allowing an iStore onboard, where you can purchase Apple goods and enjoy free tutorials. There are also daily lectures on technology-related topics, similar what you'd find in an Apple Store. As with anything Apple-related, the space is calm, welcoming and modern, complete with hip, young tech geeks helping you to get online. You'll find this on Solstice-class and Millennium-class ships. 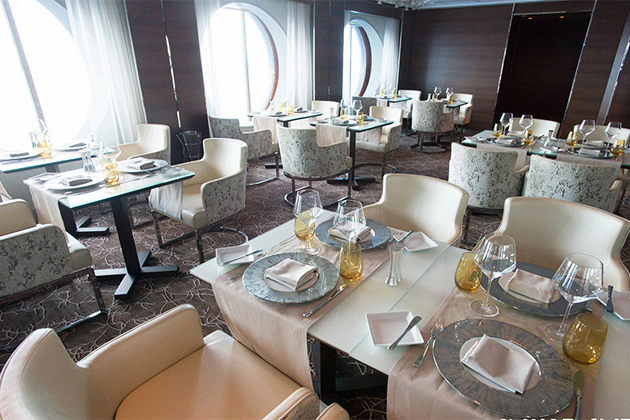 An across-line refit saw this suites-only restaurant installed on Solstice-class and Millennium-class ships, among a number of other new features. Luminae is special because the menu is never the same, and it's exclusive. (It's for suite passengers only, with just 92 covers.) Luminae centers its offerings on where the ship is sailing and changes according to what the head chef fancies cooking that day. Luminae has its own galley, and the menu is limited intentionally to ensure the selections are always fresh. It features four appetizers, five mains and three desserts. The food, service and ambiance are all outstanding.

A 2015 refit saw the Molecular Bar replaced with this on Celebrity Eclipse, following a tie in with drinks manufacturer Diageo, which sponsors the bartender competition of the same name. Following the trends, World Class Bar is all about "craft cocktails," which are hand crafted with some unusual liquors. For example, Bulleit Infusion uses tropical fruits infused with Bulleit Bourbon and Ketel One Strawberry Fields as a vodka base and is topped with Cocchi Americano (a dessert wine) and grapefruit juice. There are also cocktail making classes with expert mixologists. 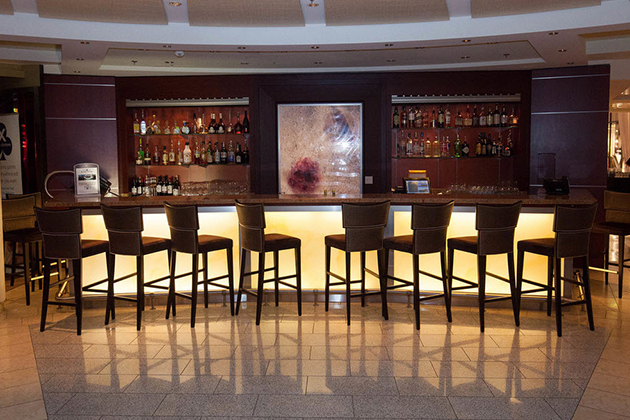 Craft beer is all the rage now, but in reality, the revamped space on Solstice-class ships consists of just two fridges full of different types of craft beer. But there's a good choice: 45 different beers from all over the U.S., Canada and Europe. A beer sommelier will guide you through what's on offer. There is also a nice selection of food, including small plates of cold cuts and larger pub grub, such as beer-battered cod and chips.

Like it or loathe it, Qsine is still groundbreaking -- at sea or on land. The restaurant that pioneered sushi lollipops ordered via iPad has been accused of style over substance. But for sheer whimsy and fun, exciting, unexpected tastes, Qsine still gets our vote. The decor is intriguing -- upside-down chairs and chandeliers -- and the food is a mix of tapas-style tastes with gourmet twists on popular Asian dishes, such as Kobe beef sliders and "disco" shrimp (poached tiger shrimp). You'll find Qsine on Solstice-class and Millennium-class ships.