You may also like
Dismiss
Holland America vs. Viking
What Is Norwegian's Freestyle Daily?
Cruise Ports Near Me: Your Guide to Cruise Ports You Can Drive To
Sail Here, Not There: Avoiding Overtourism in Cruise Ports
How to Find a Great Deal on Cruise Critic With One Easy Tool
Taster Cruises: What They Are and Where to Take Them
Where You Can Cruise to Onboard Princess' Newest Cruise Ship, Sky Princess
Carnival Cruise FAQ
What Is LNG Gas, and What Are LNG-Powered Cruise Ships?
How To Cope With Cruising's Pause? Plan Far, Far Ahead 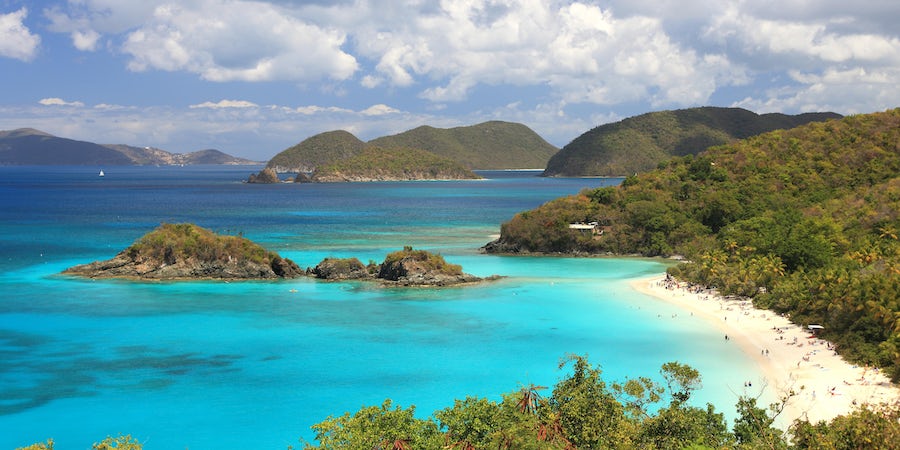 Broadly speaking, repositioning cruises happen at the end of a season. For example, this might include switching itineraries from Alaska to the Mexican Riviera, Canada and New England to the Caribbean, or even further afield -- say, from Australia to Hawaii.

In 2022 and 2023, these cruises vary in length considerably, from quick one-nighters between Seattle and Vancouver, to multi-week journeys that can take a ship to far-flung locales. There are plenty of great reasons to set sail on one of these special itineraries, including price. Because they typically start and end in different ports, repositioning cruises are sometimes offered at a discount.

While not an exhaustive list by any means, here are some of the repositioning cruises on offer for 2022 and 2023. Which one is calling to you?

Read More: The Pros and Cons of Expedition Cruising

On October 8, 2022, you can hop aboard Holland America's gracious Eurodam at Seattle's Pier 91 for an overnight repositioning cruise to Vancouver, Canada. The price -- less than $50 per person -- is less than you'd spend on a nice meal, making these sailings irresistible for those within driving distance on the West Coast.

Sure, it's a one-day sailing, but these one-off voyages can be a great way to try out a new line, experience a new ship, or splurge on a suite -- even if it's only for a night.

October 2022: 14-Day Western Caribbean and the Americas -- Adventure of the Seas

The repositioning cruise moves Adventure of the Seas from its summer homeport in New Jersey to its winter one in Texas. It's also a rare itinerary that includes both Caribbean and Central American ports of call. And while Adventure of the Seas doesn't transit the Panama Canal on this cruise, the day call in Colon is close enough for a day trip to the easternmost Gatun Locks that empty out into the Caribbean Sea

Departing May 1, 2023, Vision of the Seas sails from Fort Lauderdale, Florida, up to Baltimore on a 10-day voyage that stops in the famed ABC islands: Aruba, Bonaire and Curacao. Then, it's off to the Atlantic Ocean for some lazy days at sea as the ship makes its way to Baltimore.

Itineraries that traverse the U.S eastern seaboard like this aren't common. That makes this a great opportunity for those that live near either ports to take a cruise that is relatively close to home, yet still explores the Southern Caribbean. Regular sailings to this region often leave from ports in the Caribbean like San Juan and Bridgetown.

Imagine you're an itinerary planner at Princess Cruises: you need to get Crown Princess from Seattle to Vancouver. What do you do? Well, you craft a great five-day repositioning voyage that doubles as a quickie getaway to Alaska, too.

This itinerary departs Seattle near the end of the season on September 17, 2023, and arrives in Vancouver after calling on both Juneau and Ketchikan, Alaska -- two of the region's most popular ports.

Coming in well under the cost of the average Alaska cruise, this repositioning cruise could be just what West Coast residents ordered: a quick getaway that is reasonably priced and port-intensive, to boot.

Check It Out: Alaska Cruise Deals: How to Get Your Bucket-List Vacation for Less

On October 1, 2023, Celebrity Solstice sets sail from Honolulu on a one-way repositioning journey to Sydney, Australia.

Along the way, the ship will spend time in the South Pacific, calling on Moorea, Papeete and Raiatea. Then, it's off to Auckland, New Zealand and the Bay of Islands before arriving in Sydney.

Although there are ample sea days on this itinerary, the warmth of cruising the South Pacific makes those lazy days at sea pleasurable. Look for similar return journeys in the spring, as ships leave Australia and New Zealand to return to Alaska and the U.S. West Coast.