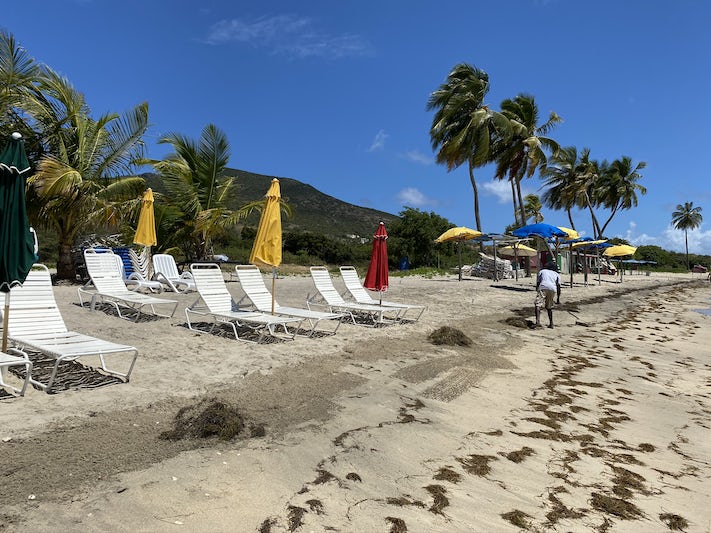 acegerard
First Time Cruiser • Age 60s
We're Rookie Cruisers and always wanted to see Russia, plus my wife has Norway relatives so the Baltic Cruise fit our needs and wants. Arrival/Embarkation - Tropical Storm Hanna delayed our connecting flight in Newark NJ and we just made it for our SAS flight, but our bags didn't make it to Copenhagen. Thanks to reading these blogs, we weren't that surprised and since we connected through ...
Read More

Mary
First Time Cruiser
My family (me, my husband and 17 year old son) joined our neighbors (husband, wife, 15 year old boy and 10 year old girl) on a cruise to the Baltic. They were first time cruisers, and were excited to participate after our glowing reports of cruising to the Mediterranean on the Emerald Princess in 2007. The trip started in Copenhagen and ended in Copenhagen. Our friends arrived in Copenhagen 2 ...
Read More

hkupch
First Time Cruiser • Age 50s
We are a couple in the early 40s, this was our 5th cruise (plus a river cruise on the Yangtze in China) Arrived in Copenhagen in the morning, used the train to the main railway station (easy 15 minute trip for 30 DKK, every few minutes a train) and took a taxi to the pier from there for 130 DKK. Put our luggage in the lockers at the train station for 40 DKK in between to walk around in the city ...
Read More

A Pleasant Introduction to the Baltic at a Good Value

cruiselover 999
First Time Cruiser • Age 60s
Our Baltic cruise was from August 18 - 28, 2008, and we traveled from Washington, DC (Dulles Airport) to our Port of Embarkation, Copenhagen We chose Scandinavian Airlines System (SAS) from Dulles. There was an early afternoon flight that departed at 5:15 PM August 17 and arrived in Copenhagen around 7:15 AM the next morning. SAS uses an Airbus A330-300 for this route. This is a comfortable ...
Read More

pcb412
First Time Cruiser • Age 60s
This review covers the Crown Princess Scandinavia/Russia/'Berlin' cruise from 8/8/08 to 8/18/08. After being a CruiseCritic.com junkie for months prior to this sailing, I am glad to have the opportunity to contribute my own opinion. Travel to port of embarkation: The biggest difficulty I had on this whole trip was the travel to and from the ship. Once aboard everything was worry free. I arrived ...
Read More

Hilary
First Time Cruiser
We selected Crown Princess because of the ten-day itinerary from Copenhagen and also because many friends had told us that Princess was a wonderful cruise line and we should try it.This was our fourth cruise, the previous three fantastic cruises being with NCL. The price was more expensive for an equivalent room on NCL so I guess I had higher expectations from Princess from the beginning. ...
Read More

birdsmom
First Time Cruiser • Age 50s
My husband and I just returned from a 10-day cruise to Russia and Scandinavia with Oslo aboard the Crown Princess. What an adventure! We departed from Los Angeles on July 7th for Seattle, where we met our connecting flight to Copenhagen. Our United flight out of LA was delayed two hours and we barely made our connection. After arriving in Copenhagen via SAS airline (which was very nice, especially ...
Read More

yrrej
First Time Cruiser • Age 70s
Great cruise. Weather was nice in every port we visited. Toured with Alla in St Petersburg. Lots has been written about delays getting off the ship for a private tour not handled by Princess. We had no trouble at all. We arrived in the main dining room about 6:35 AM and received a pass to get off the ship. Our group (4 of us) was called at about 6:50. We were on the dock looking for our tour guide ...
Read More

A good time was had by all

Michigan honey
First Time Cruiser • Age 70s
We arrived in Copenhagen three days before the cruise. We stayed at the Scandic Copenhagen hotel. This hotel is about three blocks from the Central Train Station and the same distance from the Tivoli. From here we were able to walk anywhere in the city. The cab ride from the airport to the hotel was about $50.00. We elected to take the train for $6.00. It was an easy ride. We walked the three ...
Read More

A trip back to the Old Country

lkclossen
First Time Cruiser • Age 60s
Dear Fellow Cruising Friends, This is the story of our June 18-29, 2008, Crown Princess Cruise to the Baltic's -- Cabin # E 717. We booked this cruise, (our 23rd) more than a year ago with our master cruise counselor who once again found us the best vacation ever! My husband is from Swedish ancestry and I am from Polish Ancestry. It was a great opportunity to actually see the countries that ...
Read More

Find a Crown Princess Cruise from $263