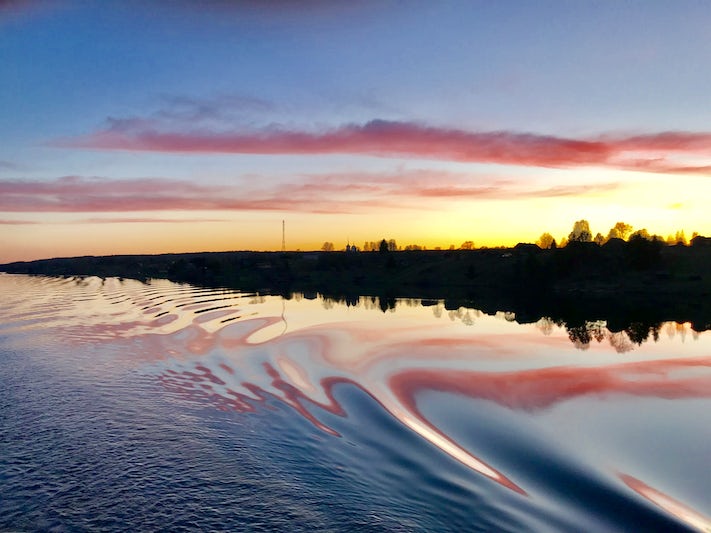 cbmfam
10+ Cruises • Age 70s
Three friends and I booked a 12 night Viking cruise from St. Petersburg to Moscow. Viking advertises that their motor coaches have restrooms. Unfortunately, the restrooms were locked the entire length of our cruise. I spoke to the program director, about it the first day and she couldn't have cared less. I also reminded her of Viking's Service Guarantee, where a customer within the first 24 hours ...
Read More

No rating
Waterways of the Tsars: disappointing

firsttimewithcunard
First Time Cruiser • Age 60s
VIKING RIVER CRUISE WATERWAYS OF THE TSARS This was a holiday which included some unforgettable experiences; not only in St Petersburg and Moscow, but also in places like the delightful Yaroslav and Uglich which we visited en route. But there were some disappointing elements too. Overall we thought the cruise provided relatively poor value for money. Although some of the cruising along the ...
Read More

Warning: Not Worth The Money!

babouchka
6-10 Cruises • Age 70s
I went on this trip with a travel friend of mine, we spent over a year planning this vacation. We wanted to take our time, since we just retired and had no kids with us, we expected to take everything in. With that, we have a lot to say, unfortunately its mostly negative. First impression upon embarkment: Negative and cold Reason: No music on board, never, no plants for decoration other than 3 ...
Read More

nomadlin@comcast.net
2-5 Cruises • Age 70s
The ship and staff were wonderful. Our cabin had a large window and the deck outside was roped for for staff only, so it was very private. The room was well appointed and though small did not seem crowded. Food was different every day and delicious (even the reindeer and borscht), staff was very friendly and seemed they would do anything for you including discussing with us their jobs, homes, ...
Read More

boatsrme
6-10 Cruises • Age 70s
We are four people, one in their 50's, and three in their 60's, and everyone is very well traveled.We took the route from St. Petersburg to Moscow. On the positive side we met many very nice people, which is very important on this cruise, as there is nothing to do for most of the time. The brochure talks about all their shore excursions. On one of the "shore days" we were off the ship at 8:00 ...
Read More

The Best Vacation Trip I've Ever Had

energee
2-5 Cruises • Age 70s
I think that the Viking Cruise Line should get an award for bringing two cultures together that, for so many years, were told to doubt and fear each other. I'm talking about the United States and Russia. I knew that our cruise was going to show us Russia; however, I totally underestimated how much Viking would help us understand each other. They started early with emails that gave us a preview ...
Read More

Viking's Waterways of the Czars (St. Petersburg to Moscow)

mikerophoto
2-5 Cruises • Age 70s
A few years ago, as an advertising exec at a major corporation, I had lots of means but very little time for travel. Real quality vacations happened only every other year and never lasted longer than 10 days. My second career is teaching school...time is abundant and the wife and I spend wintertime looking for bargains and, typically, two-week sojourns. We are concentrating this decade ...
Read More

Viking Cruises-What we have here is a failure to communicate

meezerpleaser
First Time Cruiser • Age 70s
The purpose of this review is to explain why, after our recent cruise in Russia, my husband and I will avoid Viking River Cruises in the future, and why we will advise others to avoid Viking, too. We are experienced travelers, and we understand that no trip is going to happen exactly as planned. We do, however, expect that as conditions change we will be kept informed. The number of variations ...
Read More

magsdad
First Time Cruiser • Age 70s
Although Viking states that the Pakhomov has been remodeled, it's hard to find evidence of any renovation on this 20-year old vessel. The standard cabins have very small beds that are uncomfortable even for a normal sized person. The cabins have a "yacht style" bathroom with a shower incorporated into a very small space containing a lavatory (usually cracked) and toilet AKA-a Wet bath. Storage is ...
Read More