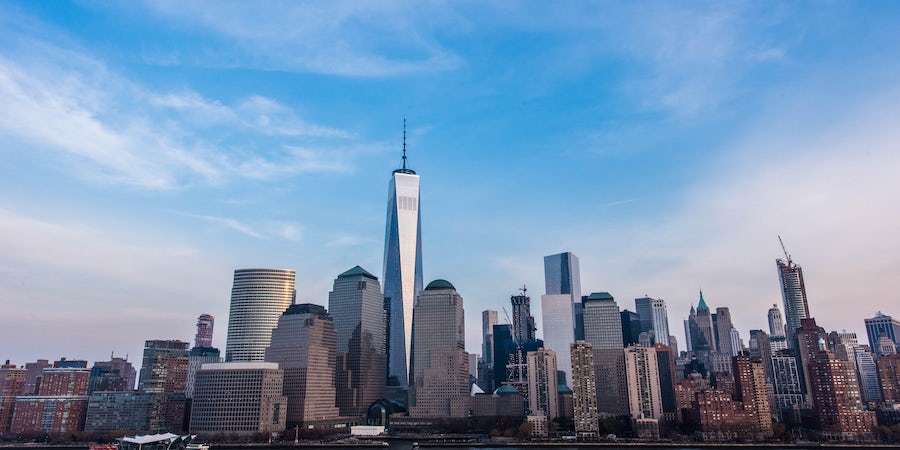 Cruise vacations can be amazing bargains, and deals are available almost all year if you know where to look. But in terms of dollar figures, just how much of a deal can a cruise vacation be?

To put value into perspective, we compared the cost of a cruise vacation to one of the world’s most popular destinations: New York City. A weekend stay in the Big Apple -- with mid-range accommodations, dining expenses, entertainment and other miscellaneous costs like Ubers, trains and airport taxis -- easily averages between $1,200 to $1,500 per person. Those costs rise dramatically if you pick more upscale lodging or take in a few Broadway shows.

A cruise vacation can tick all the above boxes, for less. And we're not just talking about a three-hour tour off the nearest coast, either. From three- and four-day escapes to the Bahamas, to seven-night jaunts to Alaska and beyond, we've outlined several cruise options that are, on the whole, cheaper than a weekend stay in New York City.

Weekend cruises are almost always your cheapest bet for a cruise vacation. And the proximity of the Bahamas to Florida's east coast -- where the world's three busiest cruise ports are located -- makes the sprawling archipelago the ideal destination for three- and four-day cruises.

You can easily score cruise deals that come in at a fraction of the cost of what you'd pay for a weekend in New York City. Depending on the time of the year, you'll be able to find cruises for as low as $250 per person for an inside cabin (and just north of $300 per person for an oceanview cabin).

Depending on the itinerary and season, Bahamas cruises can range between the lower $200s to about $500 per person for 4-and-5 day cruises, which is still considerably lower than an average weekend in New York City.

Beyond the Bahamas, the Eastern, Western and Southern Caribbean are popular destinations for cruises leaving from Florida, other ports in the Eastern seaboard and the Gulf Coast.

Ranging from 5-days to 14 days and more, Caribbean cruises can also represent very good value. Deals for as low as $199 per person are not unheard of, while standard prices will typically oscillate between $250 and $600 per person for the average weeklong sailing.

If you've got the time, the longer the cruise the deeper the savings you can net in the Caribbean. A 16-night round trip sailing from New York can be had for about $650 on an inside cabin, while cruises ranging from 17 to 20 nights can go for as low as $800 per person

If the cooler waters of Alaska sound more appealing than the warm Caribbean, you'll be glad to know that bargains on Alaska sailings are out there, particularly in the shoulder months of April, May and September. You can find interior cabins on Alaska cruises for as low as $379 per person for an inside cabin on a 7-night cruise, with average prices hovering around $500. And deals for an oceanview or balcony stateroom can even be had for around $850 and 1,095 respectively on lines like Holland America and Celebrity for those who want to splurge a little.

Most deals priced under the average cost of a weekend in New York City can be found on cruises sailing from North American ports. Yet finding an appealing bargain beyond local waters isn't unheard of. If you have a Mediterranean cruise in your sights, don't let the fear of being priced out deter you.

Although some fringe bargains can be found for as little as $239 per person on a 7-night voyage in the Mediterranean's shoulder seasons of spring and fall, more standard deals can range from $439 to $589 even in the busiest months of the season, while oceanview cabins can add a little more than $200 person to the final price.

The catch here, of course, is airfare. But, if you're sitting on a bundle of frequent-flier points, a weeklong cruise to the Med will still save you money over that weekend getaway to NYC.

A destination like the Big Apple often lends itself for a spur-of-the-moment escape. The same can be said about last minute cruises -- and for much less than the cost of a weekend in New York City.

How can you find even more deals? Be sure to check out our guides to Black Friday and Cyber Monday cruise deals, as well as our complete guide to Wave Season: the busiest booking period in the cruise industry.