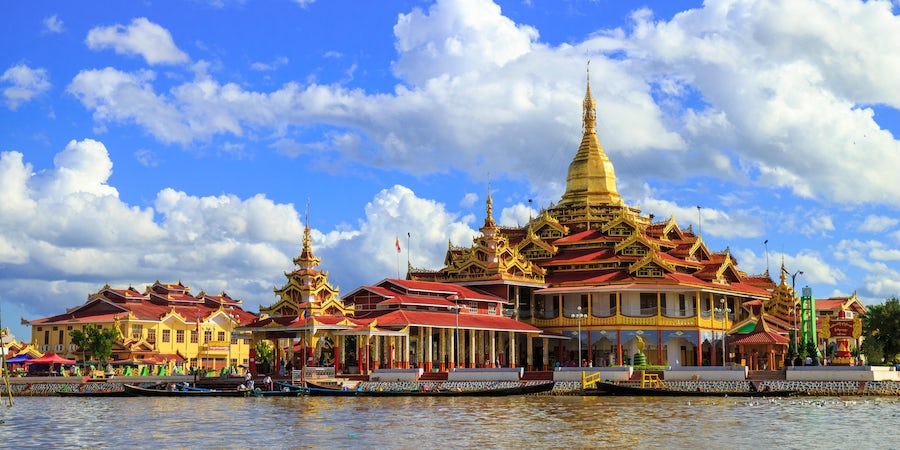 Which Asia Cruise Is Right for You?

Asia's mystique is downright magnetic, and a cruise in the region is the perfect way to explore a vast and exotic continent -- with destinations as diverse as China, Japan, Thailand and India -- while avoiding many of the hassles and costs of planning a trip through distinctly foreign terrain. Cruise travelers get a convenient and comfortable floating home base to deliver them, with maximum time efficiency, from port to exotic port. They can sample several countries over a broad stretch of Asia, while ticking off some big bucket-list spots en route, or set out to tackle primed-for-cruising island locales (like Japan or Indonesia) or even the most remote destinations (think Borneo or the Maldives).

More than 30 cruise lines operate Asian itineraries across more than 200 ports in 17 countries. With all of that choice, figuring out just where to start planning your Asian cruise vacation can feel like an overwhelming task. Here, we distill it down to the basics to help get you on your way, outlining which Asian cruise regions you can opt to sail to, and what kind of cruise ships you can count on to get you there. So, get ready to head East and explore.

The Asian continent is huge, and the cruising opportunities here are as varied as its many countries and cultures. In general, itinerary options fall within three broad regional swaths: Southeast Asia, East Asia and, to a lesser extent, South Asia. Keep in mind, too that some sailings cross over between one or more of these areas, particularly those running segments of longer world voyages, or when ships are repositioning from one region to the next.

Southeast Asia itineraries include ports of call in Thailand, Vietnam, Cambodia, Myanmar (Burma), Malaysia, Singapore, Indonesia, Brunei (on the island of Borneo) and the Philippines. Cities like Singapore and Bangkok offer major cruise hubs for the region, as does Hong Kong. River cruises are popular here, as well, especially Mekong River voyages between Cambodia and Vietnam, and Irrawaddy River cruises in Myanmar.

Less common, but expanding in scope, are cruise options in South Asia, which includes ports of call in India, Sri Lanka and the Maldives. For regional river cruising, India's Ganges River is one to watch, with new river cruise lines testing the waters there in recent years.

Related: 8 Reasons To Do Long Cruises with Holland America Line Cruisers in Asia can choose between three main styles of cruising: larger, amenities-packed, oceangoing ships, which typically pull into the region's biggest and busiest ports; smaller ocean vessels (accommodating under 950 passengers) that grant access to a mix of big cities and lesser-visited locales; and riverboats, which can navigate Asia's great rivers to bring travelers off the coasts and into the Asian heartland. Here, we outline the pros and cons of each of the three cruising styles.

Offering the most combined cruising capacity in Asia, this category of vessels can accommodate anywhere from 950 to more than 3,000 passengers per ship. These cruise ships typically fall into the mainstream, more-affordable class of cruising, meaning that the more passengers packed onboard tend to offset the overall ticket prices for all those sharing the ride. Major operators include Celebrity Cruises, Cunard, Holland America, Princess Cruises and Royal Caribbean.

These ships put forth the most robust Asian cruise inventory to choose from, and you can expect itineraries to be value-priced when compared to the offerings on smaller ships or riverboats. Vessels come outfitted with lots of amenities (swimming pools, spas, casinos, nightclubs, etc.), entertainment options and dining experiences, with enough diversions to appeal to all ages -- kids included.

However, bigger ships mean bigger crowds, which you'll be sure to notice whether you're in line at the buffet, disembarking during a port call or seeking out a chair on the pool deck. Service can often be impersonal. As for itineraries, you'll typically be limited to larger, standard ports of call that can accommodate bigger ships; these ports can sometimes be situated far from the main attractions (for instance, it can take two to three hours to travel to Bangkok or Ho Chi Minh City from the larger cruise ports outside of the city). Finally, while the upfront costs offer good face value, lots of extra fees -- from alcoholic beverages to gratuities to shore excursions -- can add up fast.

You'll find top-notch experiences onboard, such as more spacious cabins, higher quality cuisine and more personalized service than you're likely to find on the larger ships. With fewer passengers onboard, any need to stand in line is virtually eliminated, and it can be easier to find camaraderie with fellow travelers. Many luxury lines in this category feature more inclusive pricing, too, with extras like alcohol, gratuities and even shore excursions bundled into the up-front fare.

Smaller ships often get better access to major cities, too, in spots like Ho Chi Minh City, Bangkok and Tokyo, for example, where small vessels can pull right into the city center while larger ships are relegated to larger terminals outside of town. They'll also get you access to smaller and more remote ports of call, so you can generally expect more exotic itineraries aboard small ships than on larger ships.

On the flip side, you'll pay a premium for the upscale frills and exclusive feel common to small ships; the budget-conscious might simply be priced out of this category of sailing altogether. Many of the ships offer fewer dining venues, more low-key entertainment options and smaller pools, gyms, casinos and spas than their larger counterparts. Small-ship sailings tend to cater to an older, more well-to-do clientele, and you won't find many families with young children.

Most major river cruise lines now sail in Asia, and their ships, carrying up to 400 passengers, are different from their oceangoing counterparts. River cruises are generally inclusive of value-add extras like wine and beer with meals, and guide-led shore excursions, too. Plus, small ship size lends well to attentive service and an opportunity to get to know your fellow passengers. On the destination side, Asia river cruise itineraries allow you to get off the coastal circuit common to oceangoing ships and to more deeply explore the countries' interiors, where some of Asia's best sights -- like Angkor Wat or Bagan -- and more off-the-path rural pleasures await.

On the other hand, river cruises are priced at a premium, and while they generally factor in a lot of inclusions into the upfront rates, note that the riverboats don't typically have a lot to offer in the way of onboard amenities or entertainment. Note that disembarkation can be challenging in some of the lesser developed riverfront locales; don't be surprised to encounter muddy banks that you'll need to hobble across atop wooden planks.