You may also like
Dismiss
P&O – 175 Years of History
5 Off-the-Beaten-Path Pacific Island Ports
Eric Lanlard Afternoon Tea on P&O Cruises
5 Things You Didn’t Know About South Australia Cruises
5 Best Wine Themed Cruises
Taster Cruises: What They Are and Where to Take Them
The Most Exciting Ship Launches in 2020
Comedy Cruises 2020
9 Reasons to Get Excited About P&O Cruises' Iona 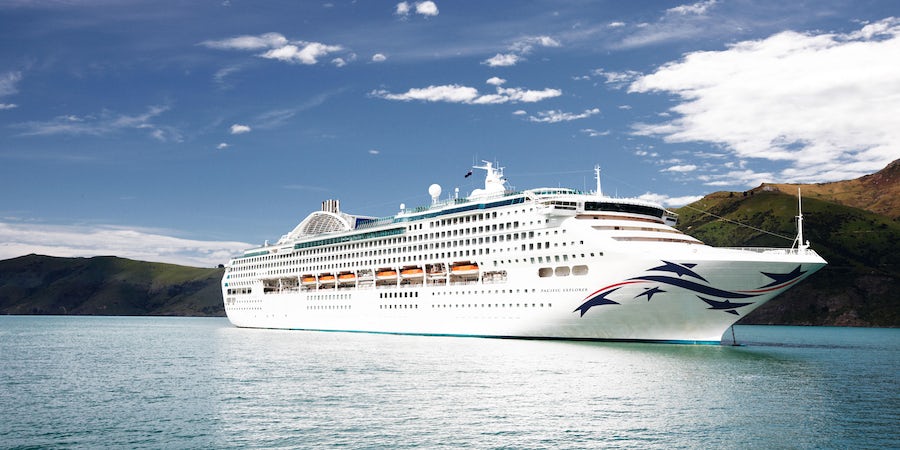 A 'cruise to nowhere' -- with no ports of call -- used to be a big party cruise. The ship departed Sydney on Friday afternoon and returned to shore 72 hours later after a wild weekend of dancing, drinking and eating.

These no-stopping cruises do not exist in the United States anymore, but they are going strong in Australia, with cruise lines now calling them 'sampler' cruises or 'short breaks'. Several of the offerings are themed around topics such as food and wine or comedy.

Typically, they depart from and return to the same port and spend three days cruising up and down the coastline, far enough out to sea to legally operate the casino and duty-free shops. Other short cruises depart from one Australian port and cruise for one to two nights to another port for disembarkation, with no calls in between.

While a record number of Australians are cruising, there are still many Aussies who have never taken a cruise, and it's those people the cruise lines are targeting. Sampler cruises are a way to test the waters and allay the fears of non-cruisers who are turned off by the thought of seasickness or being trapped on a ship with thousands of people.

Most sample cruise itineraries operate on weekends with Friday, Saturday and Sunday nights at sea. However, there's also a sprinkling of three-night Thursday-to-Sunday cruises, while Royal Caribbean has occasional two- and three-night cruises that run over weekdays.

P&O Cruises operates the lion's share of these cruises, while Cunard, Celebrity, Carnival Cruise Line, Royal Caribbean and Cruise & Maritime Voyages (CMV) each have a handful.

P&O has been running cruises to nowhere for many years, but it was only in 2009 that it launched its themed SeaBreaks and added more one-way short cruises. The decision paid off, as the line has seen passenger numbers increase significantly. Carnival Cruise Line ran its first Australian weekend sampler in 2014. CMV and Cunard are the latest to join the trend.

Traditionally, most weekend cruises to nowhere departed from Sydney, generally in daylight, around 4 pm, and returned at dawn. The sea days were spent cruising up and down the NSW coast. These days, cruises to nowhere also depart from Brisbane, Melbourne, Cairns, Adelaide and Fremantle.

Choosing a Cruise to Nowhere

Themed cruises P&O is the only local line operating themed cruises to nowhere. In 2020 and 2021, music will feature on the program, with nine 1980s tribute cruises (leaving from Sydney, Brisbane, Adelaide and Melbourne) and three Country Music Festivals at Sea, with departures from Sydney and Brisbane. The Sydney 80s cruise, departing May 29, 2021, will be aboard the line's latest ship, Pacific Adventure, which will join P&O in October 2020. Two Elvis-inspired ‘Tribute to the King’ cruises are scheduled to depart from Brisbane; the June 2020 option is a three-night cruise to nowhere.

Comedy SeaBreaks feature several well-known Australia comedians who perform in P&O's adults-only Sit-Down Comedy Club as part of the cruise fare. Also, on offer are ticketed comedy workshops for aspiring comedians, who later get a chance to show off their routines in a talent quest, known as the Comedy Gong Show. Five ships -- Pacific Explorer, Pacific Dawn, Pacific Aria, Pacific Adventure and Pacific Encounter (which joins P&O in late 2021) -- have scheduled a whopping 64 comedy cruises from March 2020 until early 2022 from Sydney, Adelaide, Brisbane and Auckland.

Lifestyle SeaBreaks offer a variety of different workshops and classes for various interests. They may cover arts and crafts, fitness, wellness and health, cocktail-making, food and wine, crochet and even juggling. The line-up changes, and most of the workshops are ticketed. (Small charges apply.)

One-way cruises to nowhere P&O's one-way SeaBreaks (usually two nights) run between Sydney and Melbourne, Sydney and Brisbane, Melbourne and Sydney, and Brisbane and Sydney. Some of these itineraries offer 'scenic cruising' where the ship sails close to a particularly prominent land feature with commentary from an onboard expert.

Cruise & Maritime Voyages CMV's Vasco da Gama will operate a handful of short hops to nowhere from Fremantle and Adelaide in late 2020 and early 2021.

Carnival Cruise Line The company offers a series of three-night weekend samplers during 2020 and 2021 on its latest ship, Carnival Splendor, which joined the fleet in December 2019. These depart about once a month from Sydney, usually on Friday at around 4pm (some depart on Thursday afternoon) and return three days later. Three-night weekend samplers will also be offered from Brisbane from late 2020 and throughout 2021 when Carnival Spirit is relocated to that city. A series of four-night cruises from Brisbane to Airlie Beach (and return) will also operate from late 2020 and regularly during 2021 on the Spirit.

Cunard Line offers a taste of elegance on Queen Elizabeth for two, three, or four nights. More than a dozen of these short cruises are on offer in Australia every season.

Celebrity Cruises has two short cruises on Celebrity Solstice from Sydney in October and again in December 2020. Looking further ahead, Celebrity Eclipse, which will be make its debut in Australia in late 2020 and be based in Melbourne, will offer a two-night sampler cruise from Sydney in April 2022.

Related: Which Ships Will Restart Cruising From Australia in 2022?

Princess Cruises does not run cruises to nowhere but has a handful of two-night and occasionally three-night port-to-port cruises. They include trips between Sydney and Brisbane, Melbourne and Sydney, Brisbane and Sydney and Adelaide and Melbourne. During 2020 and early 2021 these sailings will be operated on Sea Princess, Sun Princess, Golden Princess and Sapphire Princess. A four-night Sydney-Brisbane-Sydney cruise departs in March 2021 on Sea Princess.

Royal Caribbean has a handful of two-, three- and four-night sampler cruises to nowhere on Ovation of the Seas, Voyager of the Seas and Radiance of the Seas, departing from October 2020 through March 2021 from both Sydney and Brisbane.

P&O Cruises themed SeaBreaks and one-way SeaBreaks operate throughout the year. However, there are less in the long Australian school holiday season (from late December to end January). The other cruise lines operate their limited number of short cruises in the warmer months (from September to April).

Board early to make the most of your two- to three-night break.

Don't take too much luggage, as you might want to party into the wee hours of the morning on the last night and then carry (or wheel) your bags off the next day after breakfast. This saves packing at night and putting your bags outside the cabin door.

Think about gathering a few friends together to make it a weekend event. Cruises to nowhere are popular with hens' night groups (female stag parties), birthdays, girls' get-togethers, family and colleague reunions and other parties.

Related: 7 Life Events That Call For a Cruise Celebration

Children are welcome on themed cruises, as the kids' clubs still operate. Passengers don't have to get involved in any of the themed activities if they don't want to. The ship operates normally, and cocktail-making classes and food-and-wine pairing events, for example, do not hinder the normal flow of the ship.

Make a long weekend of it and take Friday and Monday off work. No one wants to return to the office on Monday morning still rocking.

Book as soon as you can for the ticketed events on themed cruises, as they tend to sell out quickly.