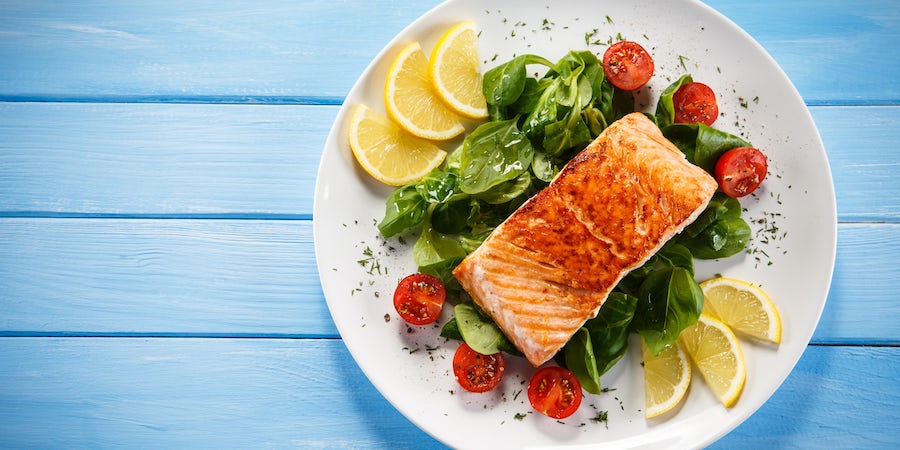 At every cruise port, you're off to see the sights, shop the shops and -- wait -- you are going to taste the local foods, right? Sure, it might be easy to drop by the Senor Frog's or Hard Rock Cafe, or even return to the ship for lunch, but you won't get the full local flavor unless you actually taste the local dishes. Plus, seeking out authentic cuisine can lead you away from the tourist throngs and offer a unique adventure that creates long-lasting memories ... and a very satisfied tummy.

If you don't know where to begin your culinary explorations in port, let us help. We've put together a list of our favorite local foods from cruise destinations around the world. So dig in -- and buon appetito, buen provecho, e 'ai kakou, kali oreksi, an ngon nhe and manman chi!

Caribbean cuisine is often a stew of multiple cultures, and many preparations show their African roots. In Jamaica, you might think the top food would be jerk chicken (dry-rubbed with a spicy seasoning blend), but the national dish is actually ackee and saltfish. Ackee, a bulbous fruit from West Africa, is boiled with cod, tomatoes, onion and spices. It might be served with rice, dumplings, plantains or other accompaniments.

Of course, if you can stand the spice, you should try a jerk dish, too, since Jamaica is where jerk cuisine was born. (There are a few working theories as to the origin of the name, but most experts believe it comes from the Spanish word "charqui," meaning a dried or jerked meat, i.e. jerky. It's not a slur on the meat's preparers or consumers.)

The traditional staple of the Virgin Islands is fungi (pronounced foon-gee). Not to be confused with mushrooms (fun-guy), it's a bit like polenta, made from cornmeal that's cooked with okra. Fungi is often served with saltfish, and you'll find versions of it in Antigua and Barbuda, as well.

In Trinidad and Tobago, a soup called callaloo reigns as the national dish. There, it's usually made with okra and water spinach, with many variations that might include seafood or meat. In other Caribbean countries, you may find the stew-like concoction made with leaves from its namesake callaloo bush.

Conch is served in many ways throughout the Caribbean, but it may be most popular in the West Indies, particularly on Turks and Caicos. Known for their big, beautiful shells, these large sea snails provide meat that's eaten in callaloo, salads, fritters and curries.

On Barbados, flying fish sails to the top of the list as a must-try dish. It's either steamed with lime and spices or served fried. Often it's accompanied by the local version of fungi, known as cou-cou. The fish is so popular there, you'll even find it on the coins.

Got a sweet tooth? Rum cakes are popular throughout the Caribbean. Some contain rum-soaked fruit, while others are glazed with rum. The famous Tortuga rum cakes (now baked in Jamaica, Barbados, the Cayman Islands and the Bahamas) can be bought in vacuum-sealed packaging to take home as gifts. (Assuming they make it home!)

In Istanbul, Turkey, the best way to start a meal is with meze, saucer-sized dishes filled with savory bites, served with bread. You might have a smoky eggplant dip, garlicky yogurt, cheese, olives, stuffed grape leaves and little pockets or long "cigars" of crispy filled pastry called borek. In some restaurants, the waiter will bring out a tray of meze and let you choose; in others, you order from the menu. You might find them so good that you never move on to the main course!

Barcelona's own version of little bites are called pintxos, another perfect way to start your evening. The Catalan version of tapas, they're best enjoyed at a bar, where you might sample fish or meat skewered on a piece of bread, as well as classics like patatas bravas (fried potatoes) or tortilla de patata (omelet with potatoes), in addition to cured ham and bites of Manchego cheese. Since locals typically eat dinner very late, it's the perfect way to socialize and stave off hunger.

A call in Venice will give you the opportunity to feast on seafood, fresh and simply prepared. Razor clams, scampi (Adriatic langoustines, not the shrimp passed off as "scampi" elsewhere), anchovies, fried sardines and soft-shell crabs are all local favorites. Wander the Rialto fish market to get a glimpse of what you might be eating later, or check out bars that serve cicchetti, Venetian-style tapas.

Sicily is a pastry-lover's dream. In the past, cloistered nuns often supported their convents by making sweet treats, and pastry shops bulge with their inventions. Sample the cannoli (fried pastry tubes stuffed with sweetened ricotta cheese and cream), cassata (cake topped with marzipan and candied fruit) and delicacies made with the local almonds. The nuns' old recipes are so good, overindulgence may send you straight to confession!

In Greece, you may want to chill out with the classic Greek salad of tomatoes, cucumbers, onions and feta cheese with an herb-flecked vinaigrette -- but the national dish of moussaka is well worth trying. Layers of sauteed eggplant, ground lamb and a topping of bechamel sauce are all baked into a rich, filling casserole. Just don't forget to save room for baklava (layers of filo pastry filled with nuts and honey).

A trip to Hawaii likely means the opportunity to partake in a luau. Look for items like poke (cubes of raw salmon or tuna tossed with soy sauce, sesame oil, seaweed and chili pepper), kalua pig (smoky roast pork, traditionally cooked in a pit) and poi (a paste made from taro, which many claim is an acquired taste). You'll find these dishes on the menu at regular restaurants, too -- and Honolulu's Kapi'olani Community College Farmer's Market is also a great place to sample them and other Hawaiian specialties.

Alaska ports give you the opportunity to taste fresh, wild salmon pulled from local waters. Among the several varieties, many consider king salmon to be the best quality. You can also taste Alaskan king crab, the giants (a leg spread of four feet isn't unusual) featured on the TV show "Deadliest Catch." Since the prime crab-fishing season is October through January, any crab you're served will likely have been frozen.

Canada's famous guilty-pleasure food is poutine, French fries topped with cheese curds and gravy. You'll find it all over Quebec City and Montreal, from fast-food joints to fine-dining spots, where pricier versions (with foie gras, even) are served. Don't overlook maple syrup, either -- particularly when you can find it flavoring ice cream or spun into cotton candy.

New England is known for lobster, usually steamed in the shell. But when local chefs soak luscious lobster meat in butter and stuff it into a soft, hotdog-type bun, you've got an easier, more portable standby: the lobster roll. Or, try the traditional lobster bake: lobsters, clams and corn on a bed of seaweed steamed over an open fire. Just choose which lobster dish you want to taste -- and enjoy!

Go ashore in Mexico, and you'll find familiar favorites like fish tacos and guacamole, but if you have the opportunity to taste a dish with mole poblano, go for it! This dark, savory sauce can contain as many as 30 different ingredients, including nuts, dried peppers, cinnamon, raisins, cloves, sesame seeds and -- its most famous component -- chocolate. Rich, but not sweet, mole poblano is often served with turkey, though you might find it offered on a variety of dishes.

Many cruises start or end in Singapore, a true culinary paradise. There you'll find Chinese, Malay and Indian food aplenty. One interesting cuisine to check out is Peranakan, a fusion of Malay and Chinese, which originated hundreds of years ago (long before hybrid cuisines became trendy), when Chinese traders married local Malaysian women. It includes noodle dishes like Nyonya Laksa ("nyonya" means "mama") and curries like Kapitan Chicken. You'll find Peranakan dishes -- along with a boggling array of other choices -- at the city's famous hawker centers, as well as at restaurants specializing in Peranakan cuisine.

In Hong Kong, stop at one of the city's famous dim sum houses for breakfast or lunch. Although dim sum was once served from roving carts, now, in Hong Kong, you're more likely to be handed a list of dishes and asked to check-off those you want to order. Most places have menus with photos and descriptions in English. Some of our favorite items include cha siu bo lo bao (baked pork buns), cheong fun (crepe-like rice noodles rolled around vegetables or meat) and delicate chiu chow (steamed dumplings).

Vietnam's iconic noodle soup dish, pho, comes in many varieties, served nearly everywhere, from humble street food spots to gourmet restaurants. We like the version topped with thin slices of barely-cooked beef. Stir in the pile of fresh herbs and other condiments that come on the side. Also, be on the lookout for banh xeo, the crispy Vietnamese version of a crepe, folded around a variety of stuffings. Or, for a quick lunch, grab a banh mi, the French-influenced "sub"-style sandwich. For a pick-me-up, try Vietnamese coffee, brewed from a filter that sits atop your cup.

Thailand has food that will heat you up or cool you down. Try a fiery Thai green curry (specify the amount of spice) or mellower Massaman curry (with "Christmas cookie" spices like cinnamon, star anise, cumin, cloves and nutmeg). On a hot day, opt for green papaya salad or pomelo salad made with citrus fruit similar to grapefruit. Both can have a kick, so specify your spice level. The latter is a great way to taste the four key elements of Thai cuisine: sweet, sour, salty and spicy. Wash it down with a Singha beer served Thai-style, poured over ice cubes so it doesn't wilt in the heat!

You'll never have to ask, "Where's the beef?" in Buenos Aires, Argentina. It stars on nearly every menu. Argentine beef is raised on large estancias (ranches), tended by the famous gauchos (cowboys). On shore excursions, it's possible to visit an estancia, complete with an asado (barbecue) of assorted beef cuts and sausages. If you can, try your steak with chimichurri sauce, a delicious blend of chopped parsley, garlic, oregano, olive oil and vinegar.

Santiago, Chile, is known for its seafood, but many would argue that the country's national dish is the empanada, little pastry half-moons that are typically filled with minced beef and onions. The savory bites can be baked or fried, and you'll also find cheese, mushroom and other fillings.

When in Rio de Janeiro, Brazil, samba over to a churrascaria. A meal at one of these restaurants usually begins with a trip to an elaborate salad bar, piled with all sorts of prepared salads and cold dishes. But don't fill up! Waiters circulate with skewers of barbecued meats, sausages and even trolleys of fish. As they slice a piece off, use your tongs to grab it and place it on your plate. Some restaurants give you a coaster-like piece of cardboard that's green on one side ("Give me more meat!") and red on the other ("Stop, I've had enough!") to signal the roving waiters.