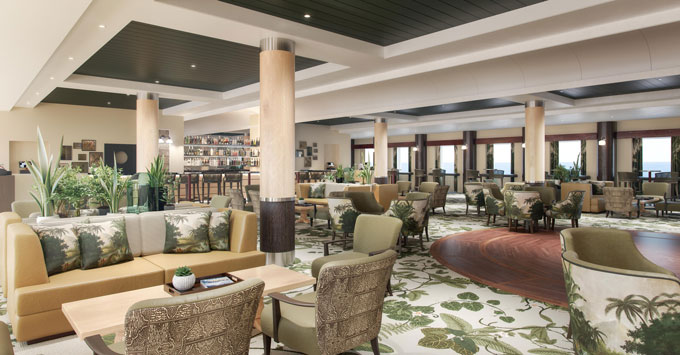 (8:10 a.m. AEST) -- P&O's Pacific Jewel will undergo a multi-million dollar refurbishment ahead of a record six-month New Zealand cruise season. The ship will enter dry dock in Sydney on March 7 for 10 days before embarking on 22 roundtrip cruises from Auckland between late March and August 2018.

The focus will be on refreshing public areas including the atrium, Shell & Bones seafood restaurant, Connexions Bar, Orient Bar, Pool Café and the adults-only Oasis. In addition, an outdoor lawn bowling green will be installed and the new company livery will be emblazoned across the ship's hull. The cabins will not be refurbished. 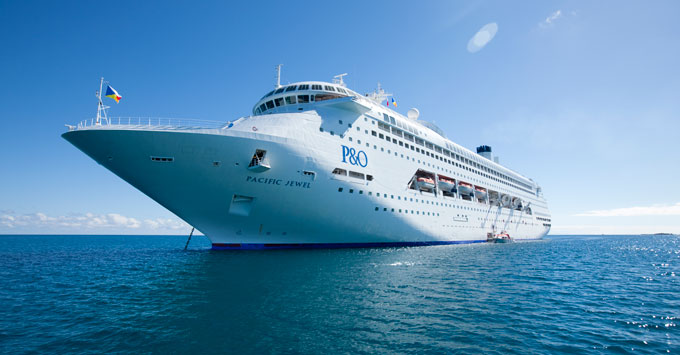 P&O's in-house designer Petra Ryberg, who is spearheading the project, has drawn on her travels around Australia to provide the inspiration for the ship's new spaces.

"Australia is such a great multicultural country that provides fantastic vision for designing the fleet's interiors. Much of Pacific Jewel's new look is themed around Australian nature, botanicals, animals and traditional art and patterns that are inspired by my travels," Ryberg said.

The line's president Sture Myrmell also reconfirmed that the Jewel would remain a part of the P&O fleet.

"P&O Cruises has five ships including Pacific Jewel. As announced in September last year, we are looking forward to welcoming Golden Princess to the P&O fleet in 2020," Myrmell said.

Pacific Jewel last went in to dry dock in May 2015 and was the first in the fleet to introduce The Pantry. All P&O ships go into dry dock every two to three years for scheduled maintenance and upgrades.