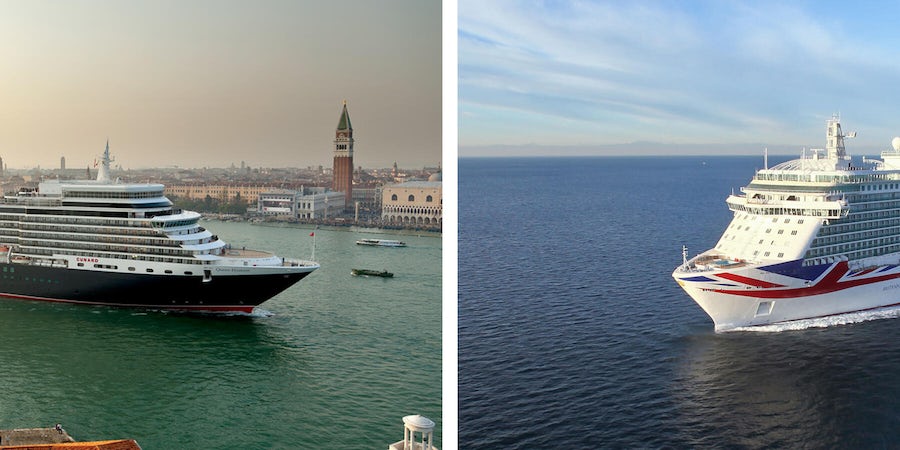 Although they are both owned by the same parent, the giant Carnival Corporation, both homeport in Southampton and both have an impressive pedigree in cruising, P&O Cruises and Cunard are quite different.

Cunard is a more international brand, attracting passengers from all over the world keen to experience its legendary Queens -- Queen Victoria, Queen Elizabeth and Queen Mary 2 -- a liner rather than a cruise ship.

P&O Cruises, on the other hand, is aimed squarely at Brits, with everything you experience on board geared to British tastes. And although P&O Cruises embraces the same cruising traditions as Cunard, like dressing for dinner, ballroom dancing and cocktails with the captain, it's a lot less formal.

Read on to learn more about what distinguishes these two iconic lines from one another.

Related: Cunard's Queen Mary 2 Kennels and How to Book Them for Your Next Cruise