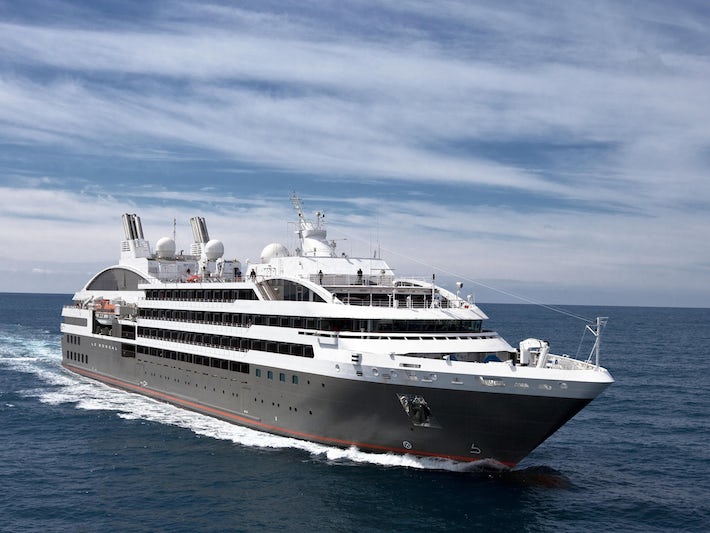 The assurance was uttered more than once -- and fulfilled every time -- on Tauck's Arctic Allure cruise high above the Arctic Circle, just one of several itineraries that the luxury tour operator runs on Le Boreal. It's all part of Tauck's decadeslong partnership with Ponant -- essentially Tauck takes over the ship for a full or partial charter. The company uses Le Boreal for many of its polar sailings, in Antarctica and the far-north archipelago of Svalbard, Norway.

On our Le Boreal cruise, all the passengers had booked through Tauck; the line tries to run full charters on expedition itineraries. But if the cruise isn't a full charter, you'll sail with non-Tauck cruisers. (Given Ponant's provenance, those passengers tend to be French, meaning announcements must be made in two languages.) The full charter sailings tend to be American-focused, obviously, and things usually run smoother, given that the staff and crew don't have to negotiate two different nationalities, with their varying dining and drinking habits (the French prefer a leisurely dinner, for example, and tend to patronize the bar into the wee hours, while Americans are generally earlier to bed).

On partial charters, Tauck customers get gold lapel pins to distinguish them from other cruisers (they still get the pin on the full charters, too, but it's just to have as a keepsake). Though the overall onboard experience is similar, what sets Tauck apart from a regular Ponant sailing is the all-inclusive nature of the trip. Airport transfers, all gratuities and even pre- or post-cruise hotel nights are part of the base price. There's a high staff-to-passenger ratio (Tauck supplies an onboard tour director for about every 40 cruisers). Tauck also tries to throw in some pretty impressive extras, like locally led tours in embarkation cities: The night before embarking on our Arctic cruise, for instance, we had dinner at Oslo's Grand Hotel, site of the Nobel Peace Prize presentations. We ate in the same room as the laureates on tables laid with the Nobel dinner service.

On its expedition cruises, the tour operator also partners with BBC Earth to enhance the onboard experience. It shows Tauck-exclusive BBC-produced film vignettes, and, on select sailings, invites a BBC Earth natural history expert onboard for presentations and interaction with Tauck passengers. This has pros and cons. On our sailing, the BBC speaker was absolutely delightful -- and had some fans who specifically took the cruise to sail with him again -- but his talks took up some of the time that would have been given to Ponant naturalists who might have told us more about the geology, flora and fauna in the actual region. (As it was, the mini-presentations they gave were very interesting, even if English wasn't the native tongue.)

Tauck has a dedicated following, so it's not unusual to encounter fellow passengers who have booked multiple journeys, including expedition cruises, with the tour operator. A number of passengers on our Arctic sailing had already traveled with Tauck on Le Boreal or a sister ship to Antarctica. These cruisers tend to be a well-traveled, well-heeled bunch, more interested in onshore adventures than choreographed shipboard amusements.

The majority on our cruise were Americans, with a sprinkling of Brits and Australians. If Tauck doesn't sell out the ship (as it did on our expedition), expect to sail with non-Tauck passengers who are most likely to be French.

Daytime: On an Artic or expedition cruise, warmth trumps style. Ponant provided red parkas that were not only warm but also visible to the guides who needed to carry rifles to protect against polar bears. Passengers also received rubber boots to use for the length of the cruise (although some expedition veterans brought their own). Otherwise, you'll want waterproof pants, knit caps, waterproof gloves, long underwear or leggings and neck protection for chilly expedition landings. When you're not outdoors, sweatshirts, sweaters and jeans are all fine.

Evening: After the excursions, passengers peeled off the layers and emerged in smart-casual attire. The welcome and farewell dinners saw some dressier apparel -- some men wore jackets -- but there was nary a sequin in this crowd. There are no formal nights.