You may also like
Dismiss
Carnival Cruise Line History
Which Cruise Ships Are Getting Refurbished in 2020 and Why You Should Care
How to Make Friends on a Cruise
Cruise Vision 2020: The Future of Cruising in Australia and New Zealand
Grown & Sexy Cruise
The Most Exciting Ship Launches in 2020
Rock Cruises for Music-Lovers
New Cruise Ships 2020
Pictures From the Ultimate Disco Cruise
Carnival Reveals The Gateway Aboard Carnival Celebration Cruise Ship 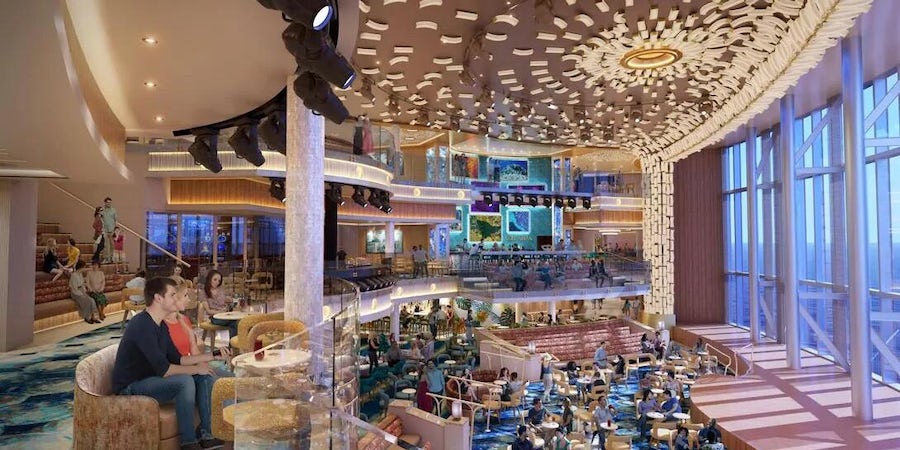 6 Things We Know About Carnival Celebration

Carnival Cruise Line has managed to keep details of its newest upcoming ship mostly under wraps -- until now. A first-look at Carnival Celebration reveals details on four of the six themed zones passengers will find onboard, and confirmation of old and new guest-favorite venues and features that will give passengers plenty of spaces to find their perfect fun, sun, thrill and chill moments onboard.

Carnival Celebration will be the second vessel in the line's Excel class of ships, preceded by Mardi Gras which in 2021. But don't expect this new ship to be a carbon copy of its sibling. Both ships will share some basic specs -- they'll both be 180,800 gross tons, stretch 1,130 feet in length, be powered by liquified natural gas (LNG) and operate with 1,735 crew members onboard -- but, make no mistake, sailing on Carnival Celebration will be its own unique experience.

So, what can cruisers expect to find onboard Carnival Celebration when it debuts later this year? We've got the scoop on everything we know -- so far -- and we couldn't be more excited to spill the tea.

1. Carnival Celebration Will Be Made Up of Six Distinct Zones

Carnival Celebration will feature roughly half of the same themed zone areas, including the fun-in-the-sun Summer Landing, a go-to spot for lazy sun days by the pool; an Ultimate Playground zone full of adventure activities; and Lido, where guests can whet their whistle or feed a craving at several of the line's most popular eateries.

Higher up on Decks 16 and 17, the poolside Lido zone will also mirror that found aboard Mardi Gras with its dual-level RedFrog Tiki Bar and will house casual food options including Shaq's Big Chicken, Guy's Burger Joint, the Seafood Shack and tbe popular BlueIguana Cantina.

When it comes to Carnival Celebration, Carnival is shaking things up a bit in order to keep things fresh and on theme for their new ship.

Carnival is still keeping details of Gateway and 820 Biscayne under wraps, though we do know that Celebration's main atrium, Grand Celebration, will bring the idea of celebration to life in a multi-level space for all.

3. Carnival's Newest Ship is Taking its Celebration Theme to Heart

Celebration's new Grand Celebration zone will be responsible for setting guests' expectations as soon as they step foot onto the ship. Embarkation leads directly into the newly designed atrium space rising from Deck 6 up to Deck 8.

This will be the heart of the action on the ship, and befitting of the ship's name, Carnival has set out to make it feel like a nonstop celebration where guests will find 3,000-square-foot floor-to-ceiling windows on one side that can be converted into 16 individually controlled LED screens used to support whatever fun, production or performance is being hosted in the atrium. Guests can gather here throughout the cruise to take in festive live music, stunning aerial acrobatic shows, live entertainment or to just gawk at the gorgeous confetti-like light fixtures twinkling from the ceiling.

4. It Will Feature Repurposed Elements From Legacy Carnival Ships

Carnival Celebration will also celebrate the line's history by integrating pieces from former Carnival ships into its decor. Guests can start trying to spot these homages as soon as they step onboard, as many will be located in the Grand Celebration atrium zone.

"From a design perspective, we are incorporating elements from our former ships, paying homage to the history of Carnival, and also showcasing Carnival Celebration as a modern, innovative and forward-looking vessel," said Ben Clement, Carnival's senior vice president of new builds, refurbishment and product innovation.

"While similar to Mardi Gras with a plethora of options for dining, entertainment and relaxation, Celebration will have her own personality, one that celebrates all things Carnival, intertwining where we have been with where we are going."

A few clues: behind the ship's Aquaria Bar, you might recognize the repurposed ocean-themed glass murals by Italian artist Luciano Vistosi that were previously on Carnival Victory (now Carnival Radiance). Or, passengers can try to figure out which bar onboard is named after Carnival's first ship to debut the line's iconic red funnel.

5. Passengers Can Expect to See Many of Their Favorite Venues Onboard

In addition to the quick eateries located in the Summer Landing and Lido zones, Carnival Celebration guests will also be able to sit down to some of the line's most beloved specialty restaurants such as Bonsai Sushi, Bonsai Teppanyaki, or grab a coffee to go from JavaBlue Café. Plus, standbys such as the Piano Bar 88 and Punchliner Comedy Club will keep everyone entertained in familiar late-night spaces.

The success of Mardi Gras' BOLT -- the first rollercoaster at sea -- is good news for cruisers who were hoping to see it appear on Carnival Celebration as well. The uber-popular all-electric adventure will sport a track that winds around the Ultimate Playground zone, allowing guests to jump on and race 187 feet above the ocean at speeds of up to 40 miles per hour, if you dare.

We've also gotten word that this coaster is currently fully constructed and undergoing test runs on land before being transferred and installed onboard Carnival Celebration.

The Ultimate Playground will also feature a WaterWorks aqua park and the line's SportSquare where guests can compete in games of basketball or mini-golf at deck level (though there will also be a suspended ropes course, too).

Carnival Celebration will sail Caribbean and Transatlantic itineraries from Miami, Florida and Southampton, England. It will kick off its inaugural sailing on November 21, 2022 when it departs from PortMiami.