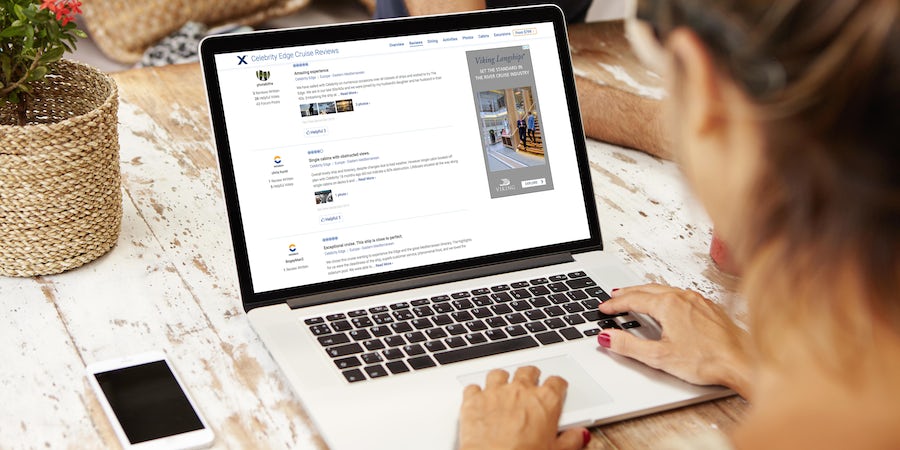 7 Things Not to Do on a New Cruise Ship

Sailing on a new cruise ship during its inaugural year can be quite thrilling. Most new ships debut exciting and innovative features ranging from fancy restaurants to exhilarating outdoor activities and dazzling new stage shows. But, while sailing on a new ship comes with great rewards, there are risks as well. Cruise Critic has rounded up seven things you should never do if you're sailing on a brand-new cruise ship.

If all you care about is bragging rights, feel free to ignore this suggestion, but new ships are notorious for having "issues" during their first few sailings. Often the ship isn't fully ready; some spaces are not open for use and cabins can be missing bits and pieces.

Crew members might not be used to new technology or new routines, causing service snafus. In some cases, workers are still onboard, using loud machinery and kicking up dust while they finish up construction projects. It's always best to give the cruise line several sailings to get everything up and running on a new ship; we promise the ship will still have that new-ship smell if you wait a month.

Related: Cruising Before or After a Dry Dock: What to Expect

On the first few sailings of a cruise ship, you're going to want some ear plugs (or a white noise machine) to keep out noises you weren't expecting. Whether it's workmen hammering away in an unfinished space a deck above or below your room or the normal -- and often surprisingly loud -- creaking of a new ship as it settles, you might be surprised at some of the sounds you'll encounter on a new cruise ship. Better to come prepared than be stuck lying awake at night unable to sleep.

There's never any excuse to be rude to crew, but it's especially important on new cruise ships where it might seem like you're not getting the best service when a crew member is unable to give you accurate directions, or is slower than usual to bring the drink you ordered. Remember, most crew members are still learning the ship, just like you are.

It's important to note that your waiter might have come aboard not long before you did. And, if it's a new class of ship, the crew will be as unfamiliar with the layout as you are. It's certainly not your cabin steward's fault if the room isn't completely finished. Give the crew some slack; they are definitely trying their hardest under difficult circumstances.

4. Compare the Ship to Other Ships

We do understand the impulse to compare ships, especially if you've been on other ships from the same line. In many cases, a comparison is fair -- especially if the new ship is in the same class as others you've sailed.

But, if you're cruising on the first vessel in a brand-new class, a comparison is probably not in order. That's the entire point of a new class; it's supposed to be different. Rather than wasting time comparing -- and often finding the new, unfamiliar ship lacking -- enjoy the differences. If, at the end of the cruise, you found you didn't like the new offerings, that's fine. You never have to sail that ship again. But, that doesn't make it worse than other ships, just different.

When a new cruise ship debuts, the cruise line is dependent on cruisers to give them feedback so leadership knows what's working and what's not. Cruise lines can only guess at how things will work on a new ship, but until real people are out there trying things for the first time, there's no real way to know.

Whether it's a shelf in your room that won't stay shut or long waits with nowhere to sit for walk-in dining, letting the cruise line know what you feel worked well and what needs to change will help improve the guest experience for everyone.

6. Wing It and Forget the Research

Unless the new cruise ship you're sailing on is a carbon copy of a ship you've been on in the past (and that does happen), you'll want to do a little research before you sail to make sure you know what costs extra, what requires reservations and which spaces might be off limits to the general cruise population.

It's not fun getting to your cruise ship to find out you're locked out of a Broadway production because you didn't reserve a spot ahead of time, or that you only have access to one of the three pools you've been dreaming about because you're not staying in a suite and didn't realize you have to pay for access to another.

Filling out the comment cards gives the cruise lines the feedback they need to make the onboard experience better, but how do other cruisers find out what to expect on a brand-new ship? That's where your Cruise Critic review comes in.

With the great privilege of being among the first cruisers on a new ship comes great responsibility to help prepare those coming after you. Tell other booked cruisers which attractions require reservations before you get on the ship and which you can easily book onboard. Alert them to crowds in the buffet or long waits for key activities. Only you have the inside scoop, and your fellow Cruise Critic readers will thank you for sharing your experience with them.