You may also like
Dismiss
Rolling Out the Deals: Why Now Might Be a Great Time to Book a Cruise
Wave Season Cruise Deals 2021
Additional Cruise Lines Opt To Require COVID-19 Boosters 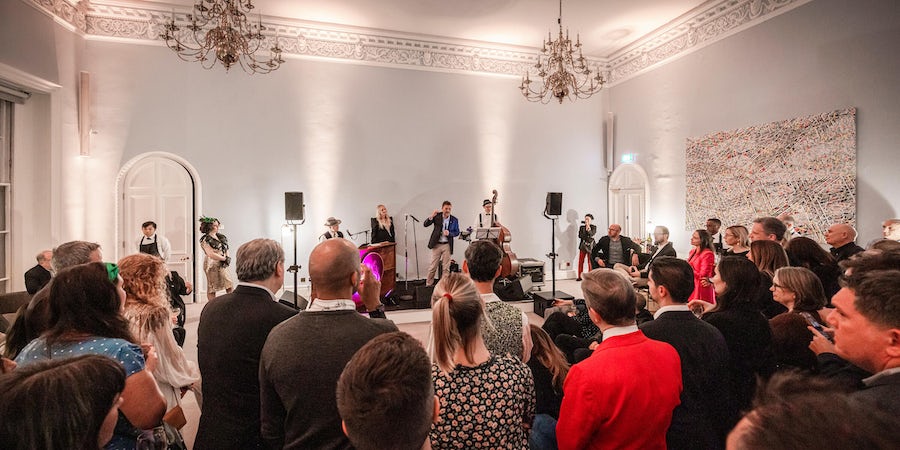 (5:30 a.m. ET) -- Queen Anne -- Cunard's first new cruise ship in 12 years, which will increase the line's passenger capacity by 40 percent -- will have an all-new music lounge and collection of 4,300 artworks including pieces by new artists.

From Cunard Gin to Newly Commissioned Art, Queen Anne Will Be Packed With Details

An insight into the 3,000-passenger ship, scheduled to launch in May 2024, was revealed at an "immersive" experience held in London for travel industry representatives. It included a recreation of The Bright Lights Society, a live music venue featuring a range of performers where, according to Cunard, "no two nights are the same."

Guests also had a taste of the drinks onboard Queen Anne, including Cunard gin, Laurent Perrier champagne and as well as three new beers.

Queen Anne will also feature an astonishing 4,300 pieces of specially-commissioned art from more than 3,000 artists, providing both a contemporary take on Cunard's 182-year history and a springboard for many upcoming painters and sculptors.

Introducing a preview of the ship, Cunard's acting senior vice president, Angus Struthers, said: "We are a heritage and luxury brand, but we also need to evolve. We want people to come onboard and see things they weren't expecting. It is a ship that is inspired by the past but designed for the future."

He told Cruise Critic that past passengers had also played a role in shaping the vessel, which had produced some "surprising" results.

"For example, on Queen Elizabeth and Victoria the Royal Court Theatres are on three tiers similar to a traditional West End theatre," he said. "However, passengers told us that they would prefer better sight lines to the stage."

As a result the 825-seat theatre on Queen Anne -- which will bring the Cunard fleet to four for the first time since 1999 -- will span just two decks.

He added that the Grand Lobby and Queens Room, where afternoon tea is served, were two "quintessential" features that would remain, adding: "That doesn't mean they have to stay the same. Queen Anne will not be a replica or previous ships but the next stage in Cunard's history."