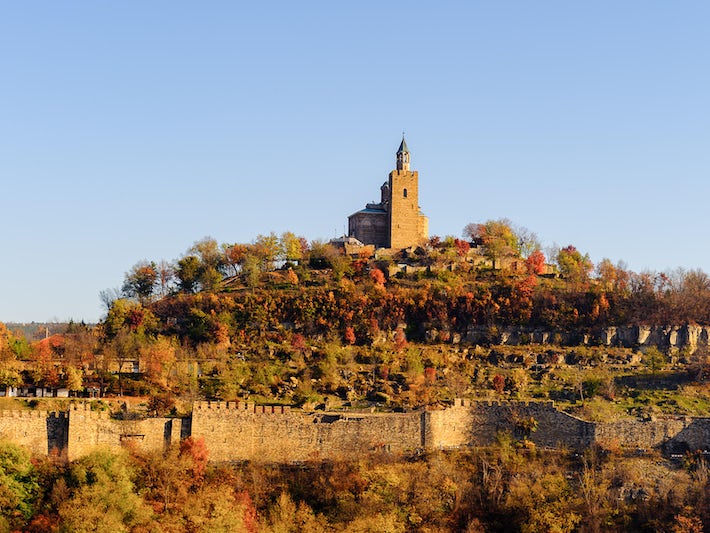 Find Things to Do in Veliko Tarnovo on Viator

Popular Things to Do in Veliko Tarnovo

Arbanasi: Many expeditions transport you first to the village of Arbanasi on a plateau overlooking the city. Its homes, built by prosperous merchants in the 17th and 18th centuries, resemble fortresses partially hidden from view by walls lining the streets. The highlights in Arbanasi, however, aren't the residences but two remarkable churches: the Church of the Archangels Michael and Gabriel, and the even more impressive Church of the Nativity. The simplicity of both churches' plain, stone exteriors belie the colorful explosion of the magnificent Orthodox-style frescos lining the walls of their interiors. The iconography inside the Church of the Nativity is especially fascinating with artwork celebrating the lives of female saints, 12 ancient philosophers and the Wheel of Life. Other stops in Arbanasi include the Konstantsalieva House, its lavish furnishings showcasing the lives of the well-to-do in earlier centuries, and an adjacent shop selling products manufactured from Bulgaria's world-renowned rose oils.

Tsarevets Fortress: Within Veliko Tarnovo, one of the main sights is Tsarevets Fortress, the former seat of the medieval tsars sporting an impressive hilltop location reached by a restored stone causeway. Though mostly in ruins, the fortress still gives an idea of the splendor of former times, and in the evenings it's the site of a rousing sound and light show, complete with fireworks and bell ringing. Alternately, walk further into the city itself, reveling in the unusual architecture of such structures as the House of the Little Monkey.

Samovodska Charshiya: Since the 19th century, Samovodska Charshiya has been a thriving bazaar. Its narrow, cobblestoned streets are still lined by craftsmen's workshops where it's possible to buy handcrafted leather goods, ceramics, copper goods, jewelry, hand painted scarves, antiques and wood carvings. Especially interesting are shops selling wood panels of hand-painted iconography. Watch for ones where the artisans themselves are at work!