You may also like
Dismiss
7 Reasons to Cruise Princess in Alaska
Holland America vs. Princess
Cruise Classes: 21 Things You Can Learn on Your Next Cruise
Camp Discovery on Princess Cruises
Olympics on Cruises: Can I Watch the Games Onboard?
Science Cruises: Astronomy, Nature and More at Sea
Best Princess Cruises for Kids
7 Reasons Families Will Love Caribbean Princess
Princess Cruises' Shark Week
10 Things Single Parents Should Know When Cruising With Their Kids 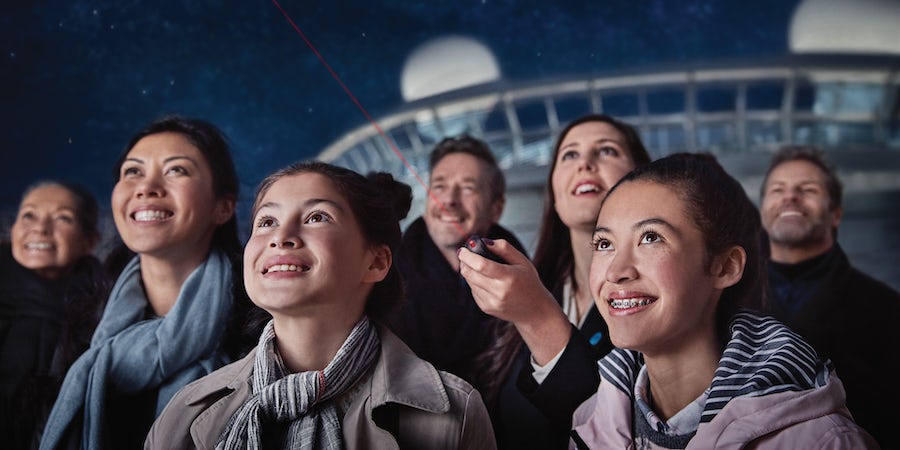 Princess Cruises has partnered with Discovery and Animal Planet to bring educational but fun activities to its onboard and onshore programming. Through Discovery at Sea, Princess puts a unique spin on cruise entertainment that's especially appealing to animal lovers and science-and-nature enthusiasts.

Media company Discovery, Inc., is the parent organization for popular television channels, such as the Discovery Channel, Animal Planet, Travel Channel, Food Network, HGTV and Science Channel. In its partnership with Princess Cruises -- called Discovery at Sea -- Discovery took inspiration from shows like "Mythbusters" and "Investigation Discovery" to create fun activities for adults and kids alike on Princess ships.

Discovery at Sea activities include the following (offerings vary by ship):

Encounters: This aspect of the partnership offers a guest lecturer program, focused on local naturalists and experts on the history, culture and attractions of cruise destinations passengers visit. Other speakers focus on topics of interest, such as wellness and pop culture.

Stargazing and planetarium: Princess offers top-deck after-dark Discovery at Sea stargazing instruction on select evenings. In addition, a handful of ships feature pop-up inflatable planetariums that run shows about the planets and stars. (The stargazing experience is not available on Alaska sailings, due to the midnight sun.)

Can You Survive?: Passengers on just a couple of Princess ships can participate in a game show to see if they have the knowledge to survive in harsh environments around the world.

Trivia and kids clubs: Discovery's influence appears in various typical onboard activities. Trivia contests use questions from shows like "Mythbusters" and "How It's Made," while youth activities might be animal-themed in conjunction with "Animal Planet."

Recommended shore excursions: Discovery and Animal Planet give their seal of approval to Princess shore excursions that focus on animal encounters and education, as well as tours that delve into the culture or natural places in ports of call.

Most onboard activities do not incur an additional fee. Shore excursions range in price based on activity and length of the tour.

Some Discovery at Sea programming can be found on all Princess cruise ships, but certain games and activities are available on select ships in select destinations only.