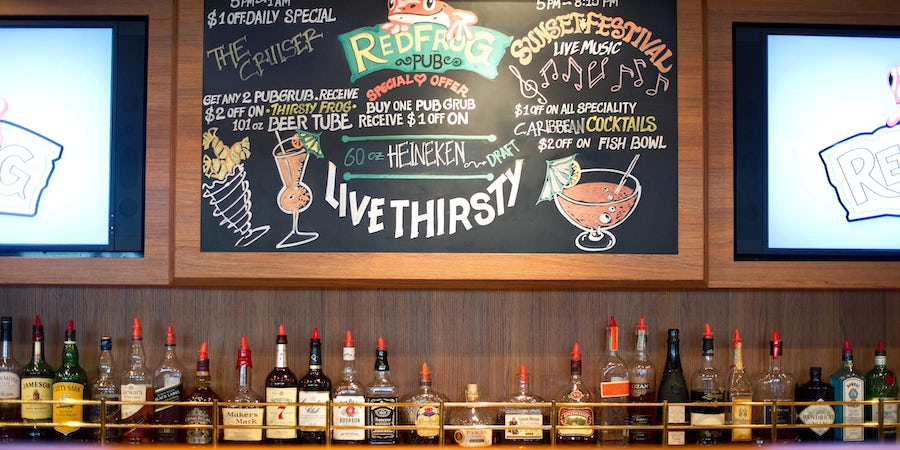 When you cruise with Carnival, beer is a staple, and the list of suds offered onboard is sizeable, featuring well-known domestic and import brands. As the first North American cruise line to offer its own onboard brewery, Carnival also serves a selection of beer that you won't find when you sail with any other line.

Over the years, its flagship brew, ThirstyFrog Red, has been joined by several other variations bearing the ThirstyFrog name.

Some are served on draft, while others are by the bottle only. Carnival offers several beverage package options for those who don't want to purchase beer a la carte. The line also sells buckets of beer, which feature multiple bottles, served in a bucket, for one price that's often less than what it would cost to buy the bottles individually.

Below are menus from some of the onboard watering holes, as well as a list of beer that Carnival Cruise Line serves on most of its ships.

Note: Menus are samples and are subject to change by season, ship and itinerary.