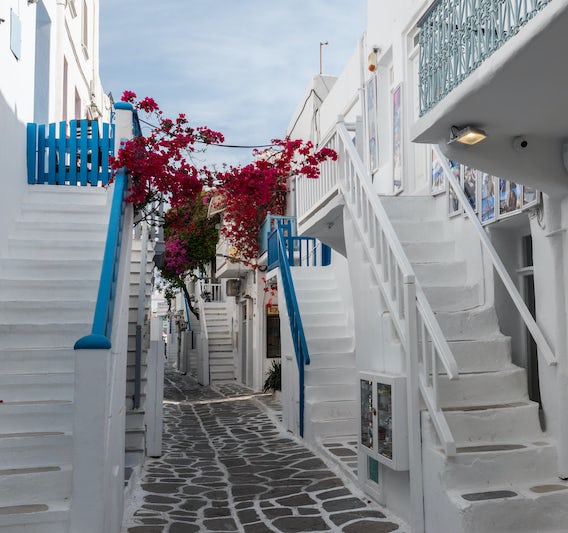 See all photos
Cruiser Rating
4.1
Very Good
12 reviews
Ratings by category
Featured Review
Cruising in a late-pandemic world
"The officers and crew were clearly very happy to have us and every guest we spoke with was extremely pleased with their on-board experience.We are not really Caribbean port fans and often remain on board anyway...."Read More

Cruising in a late-pandemic world

LJWECOC
10+ Cruises • Age 70s
We were tired of staying home and have always loved Windstar. Although we were somewhat put off by the COVID restrictions imposed by CDC and other governmental authorities, foreign and domestic, on the cruise lines, we decided to give it a try. It was probably the best cruise we have ever taken (and that is a lot of cruises). We boarded after a mandatory COVID test and stayed in our cabin until ...
Read More

Communication is a great trait; wish Windstar understood the concept.

mediapro
6-10 Cruises • Age 70s
First a disclaimer. I have enjoyed five cruises on the Paul Gauguin and wanted a fair comparison between PG and the recently refitted former Seabourn ships. I understood the key difference between the two - PG as totally all inclusive and the Winstar Star Breeze as lodging, meals and non-alcoholic included - yet eager to compare the differences in service, food, entertainment, enrichment, ...
Read More

kathki
10+ Cruises • Age 60s
We took our first ever Windstar cruise from Colon Panama to Porto Caldera Costa Rica earlier this month. We were a bit worried as this would be the smallest ship by far that we had ever been on and were not sure what to expect! We were very pleased with our experience and having been on many other ships were surprised with the number of firsts we experienced from swimming of the back of the ship ...
Read More

oldbristolsailor
6-10 Cruises • Age 80s
We sailed on the Wind Star from Puerto Caldera to Panama leaving on Sat. 3/9/13. The transfer to the ship was very efficient and the boarding went quickly. The check in was very efficient and we were in our cabin with our bags in less than 20 minutes. The sailing took place at dusk and as we stood on the fantail with a drink in hand and talking to two new friends, the ship got underway. They ...
Read More

Travel Man33
2-5 Cruises • Age 60s
The ship, while old, I'd well maintained and clean. The food was pretty good, except for lunch. The crew are very nice, professional and take good care of you. The ship is just smaller than I expected and gave you few places to find shade on the main deck. There is no entertainment, so you are best if you go with a group of friends or family and you intend to party on your own. The ...
Read More

jjjsfish
6-10 Cruises • Age 60s
We traveled on Wind Star on the December 8th sailing from Colon, Panama to Puerto Caldera, Costa Rica. Everything about the cruise was great. The ship had been refurbished and was lovely. The new restaurant ,Candles was very good and nice to not have to dress up and eat under the stars. The crew was very nice and extremely attentive. My father came with us and he is 85 ! Had a great time. We meet ...
Read More

olegar
10+ Cruises • Age 70s
We have sailed with Windstar before and they did not disappoint. Within ten seconds after embarkation we met three crew members who remembered us from our previous two cruises. Following our check-in, which also lasted less than five minutes we were in our cabin with our bags. There is not a single frowny face on this cruise...everyone knew our names by day 2. The food was fantastic, all ...
Read More

rbrad
10+ Cruises • Age 70s
Just returned from 14 day reposition from St Maarten to San Jose, Costa Rica. Only 35 passengers with 90 crew, so we pretty much "owned" the yacht for 2 weeks. The good: The crew and officers are awesome. Several remembered us from earlier WS cruises and after 3 days they all knew our names, interests, drinks, etc. The food was terrific, lots of variety and very well prepared, with lots of ...
Read More

murphy75
First Time Cruiser • Age 40s
I absolutely loved my Windstar trip to Costa Rica. We went Feb/March 2010. The Windstar was really beautiful. It was laid back, and the service was excellent. Average age of the passengers was about 50, but there were couples from 30's to 70's on board. Most people on board are couples with the exception of a very few people traveling with a friend. It is an active trip, and there is no elevator ...
Read More

catz456
First Time Cruiser • Age 50s
Just returned from Windstar's Costa Rica cruise and wanted to share our experience. We went right after New Year's, which is normally one of the slowest weeks for cruising. We only had 56 passengers on board - no crowds here! Mostly couples on board - a few newlyweds and the majority were in their 50s & 60s. We were somewhere in between and enjoyed the variety of ages and backgrounds. Never felt ...
Read More