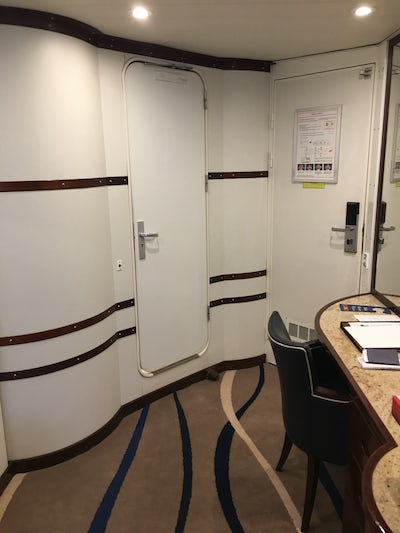 hbhakh
10+ Cruises • Age 2020s
My wife and I were on the March 12 Wind Surf cruise. We’re in our early 50s and have cruised over 50 times. This is our second time on Wind Surf. We flew into SXM on the Friday before we sailed. Getting through the airport was relatively easy and we took a cab to our hotel, Divi Little Bay. The hotel is in a beautiful location on Little Bay. We enjoyed our room (had a great view) and the ...
Read More

Made the leap; now we're hooked!

russg140
10+ Cruises • Age 60s
You might notice that I have written several (read as "a lot") of cruise reviews, having been traveling with RCCL and Celebrity for years. We're fans of the "modern luxury" approach to cruising but have wanted to try Windstar for years. So if you're like us and enjoy the amenities provided by larger ships but want to dip your toe into waters of smaller ships then read on...(WARNING: long ...
Read More

So Much Better than the Big Ships

hbhakh
10+ Cruises • Age 2020s
My wife and I are in our early 50s and have taken over 50 cruises over the last 25+ years. Frankly, we are tiring of the mass market lines that crowd ever larger numbers of people on their ships and have cut the quality of food, service, and amenities dramatically. For this cruise, we decided to try Windstar…..what a huge improvement! We were on the Wind Surf for the Classic Caribbean ...
Read More

First time on sailing yacht. The wife was more than happy.

RANGERAT
10+ Cruises • Age 80s
This was the Classic Caribbean, St. Maarten, Barbuda, Pigeon Island, St. Kitts-Nevis, Isle de Saintes, St. Barts It took a couple of years to convince her to go on a sailing ship. I started with the Windjammer and worked my way up. It was over dinner and a bottle of wine and some reviews and pictures of the Wind Surf that we would give it a try. This was our 15th cruise, the others have been on ...
Read More

Katbird93
6-10 Cruises • Age 60s
Once again, Windstar out does itself! This time aboard the Wind Surf with another couple (their first). We opted for the beverage package, it suits our needs. We didn't do any excursions since we had been to all the ports previously. We used the spa services, which were very good. We toured the galley and the engine room. We did a vow renewal ceremony, which was incredible! But, the best part of ...
Read More

Zuzie1
First Time Cruiser • Age 30s
3.16.13 -- St. Marten Took a (very) early morning flight from JFK to St. Marten. DW and I arrived around 11:30am. Customs was painless -- one small note -- the FAs on Delta insisted that the Immigration cards for SXM were one per family -- they are really one per passenger. Only place I know where the immigration officer says, "it's no problem -- just remember for the next time." Ahhh, ...
Read More

so different, so nice

Redtravel
10+ Cruises • Age 20s
After sailing on several other cruise lines, I finally tried Windsurf. I have enjoyed most of my previous cruises....large or small. What attracted me to the Windsurf was the sailing feature. It was also very convenient sailing out/into St. Martin. We vacation in St. Martin often. This time we stayed in St. Martin and then cruised...best of both worlds. Boarding was so easy. As stated, ...
Read More

andyonli
10+ Cruises • Age 70s
Windsurf has changed. This was our 7th Windstar cruise overall and 4th on the Windsurf. In 2012, the ship was given a face-lift; not the overall refurbishment the line's Facebook page implied. Windstar is almost there. Almost, but not quite at the true luxury level. Degree Restaurant was replaced by Stella Bistro (yet the guest comment card still lists Degrees). Stella was very good and the ...
Read More

We had a good time.

duck65
6-10 Cruises • Age 50s
After traveling with Celebrity on our last six cruises, the wife and I decided to try something different. We picked the Windsurf (Dec. 8-15) because of the smaller size ship and the port destinations (Martinque and Les Saintes). This is what we experienced: Embarkation: went smoothly and quick. After dropping off our bags and a quick ID check, it was a small walk to the ship. Paperwork took ...
Read More

c5marine
2-5 Cruises • Age 40s
Embarked on the WindStar's Windsurf for their Yachtman' Caribbean from Dec 24, 2011 through Dec 31, 2011 out of St Maarteen. Overall, this was an outstanding cruise. The wife and I have never been on the Windstar line before, and after cruising many other large ships decided to try this out. We both agreed that as long as we can help it, we will never do another large cruise ship again. Since ...
Read More