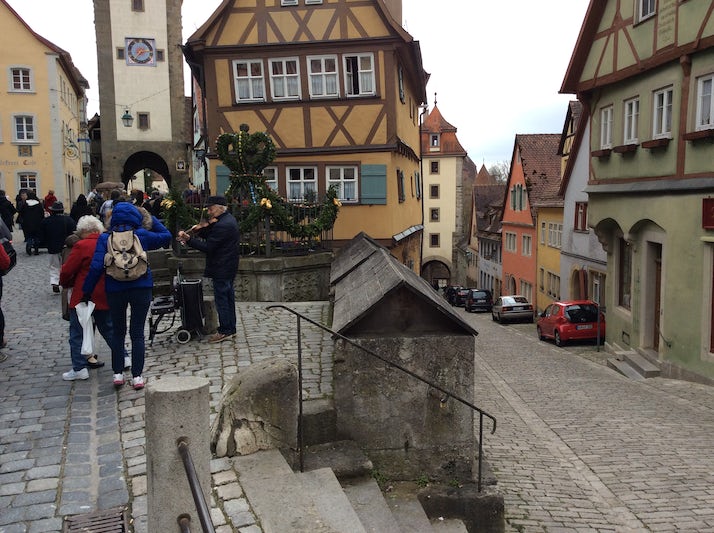 coughlin5
2-5 Cruises • Age 60s
Just completed the Viking River Cruise "Paris to Prague" which includes a river cruise from Trier, Germany to Bamberg, Germany. The Paris to Trier part and the Bamberg to Prague part of the trip are by bus. Trier to Bamberg is along portions of the Moselle, Rhine, and Main rivers. My wife and I booked what we thought would be the vacation of a lifetime. On the Viking ship Odin, we booked a two ...
Read More

mattinglyco@cox.net
2-5 Cruises • Age 70s
For a purported "river cruise" there was way to much riding on buses. Two days were spent getting to the boat and then going to our departure city, Paris. Plus during the cruise there were long bus rides to Heidelberg, Rothenberg, and one other city whose name I forget. The boat itself was well laid out. Our cabin was more than adequate, with nice touches such as a heated floor in the ...
Read More

artwithangel
First Time Cruiser • Age 80s
My first cruise ever. We were treated wonderful for the most part on the Oden. The food was great! The cabin was more than adiquite and the boat was wonderful. Going down the rivers were great. We did encounter a problem in the service the last evening we were there by the servers. They were usually servicing a group of ladies at thier table and another couple came and sat there, we joined ...
Read More

Would have preferred no Paris or Prague

jetsytravels
First Time Cruiser • Age 60s
We chose this cruise because of the itinerary - Paris to Prague. However we did not read the itinerary carefully enough and "Paris" and "Prague" turned out to be only half day bus tours. That was very disappointing. Once there are paying for the trip, I was at least expecting a full day with some meals thrown in. The other bid disappointment about the cruise was how little time we had to ...
Read More

Viking Cruises are wonderful, but this one left us exhausted.

z06vett
6-10 Cruises • Age 80s
We have taken five Viking cruises to date and are already signed up the sixth. Rating the trips on we have had on Viking I would rate this the lowest. Usually their cruise run like clock work with never a flaw to find. The pre cruise extension in Luzern was wonderful and they put you up in a great hotel overlooking Lake Luzern. We arrived in Basel to begin our cruise and were not impressed ...
Read More

Myanmar is exotic but trip was not ideal!

Review for Viking Odin to Asia

kotman
6-10 Cruises • Age 60s
The ship name is Viking Orient and leased from Pandaw, but not on the list so I've put the name of the ship as the closest to "Orient". The cruise started in Mandalay, and not Yangon, but there is no such option for the port of embarkation so I choose the closest available option- Yangon. Please keep in mind that the opinion expressed here is my personal and could be very different from your ...
Read More

biscard2
2-5 Cruises • Age 70s
This was our first time on a Viking Cruise - The Cities of Lights tour that began in Paris and ended in Prague. Paris and Prague were wonderful, hotels very nice, and the visit to both cities was very enjoyable. The on board experience was great. Very attentive, competent and professional staff, the cabins were comfortable and the restaurant and food excellent. Our complaint is with reference to ...
Read More

stcosky
6-10 Cruises • Age 70s
We cruised the Viking Odin in September 2012 on the Danube from Nuremberg to Budapest. The cruise took us to places we had wanted to see. Our room was comfortable and well kept by housekeeping, the ship was very nice and the staff was very good especially the Cruise Director Joe, the front desk personnel and the hotel manager. The dining room staff was very attentive. The daily excursions gave ...
Read More