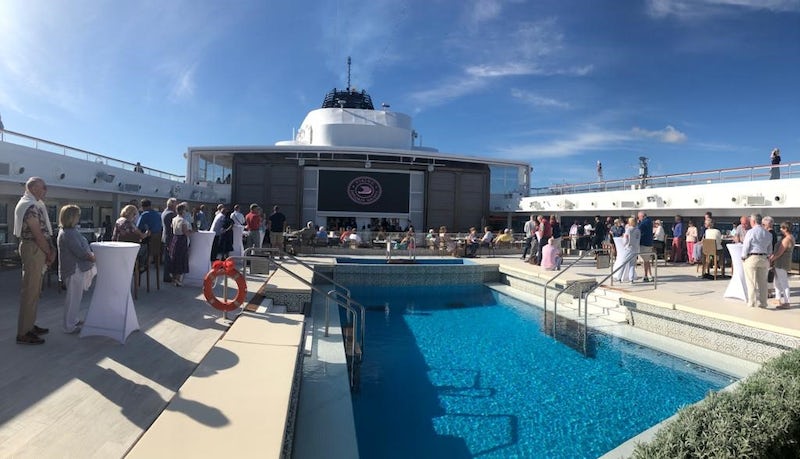 We wanted to see a part of the world that is not easily accessible and also beautiful. The few days at sea allowed us a very good opportunity to explore and enjoy the various amenities provided on the ship. All the crew were tremendously friendly and helpful. I particularly enjoyed visiting the spa with the large heated jacuzzi, steam, sauna and snow grotto. The fitness center offered all the ...
Read More

They got everything right on our Northern Lights cruise

(Sorry in advance for the long review.) My wife & I had not been on any significant cruises in the past decade because the trend to larger ships goes against most of what I want in a cruise. Things that are important to me are: lack of crowds, not feeling like each activity or announcement was a grab for more money, food properly prepared (does not need to be uber-high end, but it shouldn't ...
Read More

We have cruised Princess, HAL, Celebrity and NCL before. This was our first Viking Ocean cruise. We arrived in Olso 2 days before the cruise and on our own booked in advance a "Norway in a Nutshell" 12 hour tour to Bergen as recommended by Rick Steves. It involved 3 different train rides, a Fjord boat tour and a bus ride all in one day, all very spectacular. Although unaccompanied, all the ...
Read More

Service, Food and Ship Amenities were A+

We had previously had an enjoyable experience on a Viking River Cruise so we decided to try the Ocean cruise. We had wanted to go to Norway so the London, Scotland and Norway itinerary fit our needs. The ship was beautiful and the amenities were well thought out. The service in the restaurants, cabin and special events was great. The sites visited were breathtaking. We enjoyed the history of the ...
Read More

Trip of a lifetime to discover your heritage

First we went to Iceland for the precruise holiday and Viking did an outstanding job. Arrived in Bergen, Norway, and we were bussed to the port. Very easy embarkation, and our room was ready when we arrived. Bags arrived shortly thereafter while we were having a drink on the explorer's lounge. We purchased the silver spirits beverage package which for us was a great deal. My husband had his ...
Read More

Booked this cruise based upon our experience on our 2014 Budapest to Amsterdam- Danube River Cruise which was fantastic by any definition as well! The Baltic Cruise went far beyond our expectations from embarkation to disembarkation. The Viking Star is an unbelievable ship! The amenities and service far exceeded that of the larger cruise ships we have travelled on including food, service, ...
Read More

Friends had ask us to join them on this cruise and we thought it would be a dream come true to be able to see lands we never thought we would. Our ship was the Viking Star new to the Viking fleet and we were not disappointed. All crew members were so helpful and there to take care of all our needs sometimes before we knew we needed anything. The shore excursions were most enjoyable especially ...
Read More