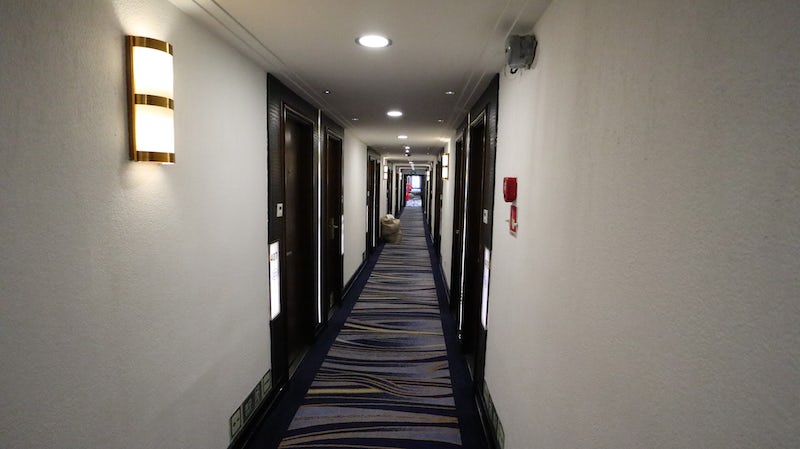 LegalEagle2012
10+ Cruises • Age 50s
We did not choose this river cruise boat. It was part of a Cruise.co.uk bucket list tour. Three days on the Yangtze. The boat was boarded in Chongquin. A city that I would have liked to spend more time in. It was boarded via hundreds of steps. On reaching our cabin, over several metal floors that were seriously buckled and flipped you up as you walked over them, we were not at all ...
Read More

Davo21
10+ Cruises • Age 60s
A 4 night cruise on the Yangtze was part of our package tour. I have given this ship a 1 star rating only because there is no option for a lower one. Absolutely appalling in every respect - the cabin, dining, no entertainment as such. We had some locals attending dinner wearing singlets. The meals were self serve of a very basic standard. There is no option to upgrade dining not that I'd ...
Read More

Review for Victoria Lianna to Asia

Rosca
2-5 Cruises • Age 60s
This 4 day River Cruise was part of a package. We were told the Victoria Lianna was a 5 start ship. What they forgot to mention that it was 5 star by Chinese standards, when in reality we thought it about a 2 1/2 star by western standards. We paid for an upgrade at USD400 to a junior suite. The suite was located at the stern and was extremely noisy and the vibrations were quite extreme. Ship is ...
Read More

Sue57
2-5 Cruises • Age 60s
I needed a non-smoking ship for the Yangtze River cruise and so opted for this 'American' ship rather than one of the Chinese ships for that reason. It was a great choice. The ship is small but beautifully appointed with a large dining room, large bar and lounge area, fitness room, beauty facilities and lots of outdoor space. Don't bother booking a higher rated cabin, they will upgrade you as you ...
Read More

KLCWArchitect
6-10 Cruises • Age 60s
The cruise was an add on to a land tour of the major cities in China booked by Friendly Planet Travel. The first thing you notice when you walk on to the ship is the pervasive mold smell throughout. We were promised a "superior" cabin but were put into a standard cabin that was so mildewed that my eyes started to water within ten minutes of arrival. After they argued with us regarding what is ...
Read More

Tracey Lewis
2-5 Cruises • Age 60s
We boarded the Victoria Anna for what was supposed to be a "5 day 4 night" cruise. I think that needs to be corrected to a "4 day 4 night cruise" How day 1 can be counted as boarding at 9pm with no dinner supplied is beyond me!!!! Cabins were just ok, very small but sufficient. When you get on you are hit with opportunities to upgrade your cabin and your dining option. We decided to upgrade our ...
Read More

gminervini
2-5 Cruises • Age 60s
We accompanied friends on what we thought would be an amazing journey through the Three Gorges area of the Yangtze River. Overall the trip was "OK" but did leave a bit to be desired. The Victoria Anna is old an tired and must have been through many refurbishments in it's time. Originaly we had opted for a standard cabin but one look at this saw us quickly fork out $1000 to upgrade to a ...
Read More

konakai2008
2-5 Cruises • Age 60s
We sailed on the Victoria Jenna from Chongqing to Yichang for 3 nights during our 3 week tour of China. I didn't really know what to expect but it was about 100% better than I ever imagined. It was a well needed peaceful break after going full speed for 2 weeks all over China! Our cabin was beautiful.....even better than when we sailed on Princess cruises! We had comfortable beds, large tv, ...
Read More

Tigeronhill
10+ Cruises • Age 60s
Born in China and lived in the US for more than 30 year, I chose the Victoria Cruises because the cruise line claims that they are the only 'American company' on the Yangtze River. It turned out that the advertisement from the Victoria Cruises is a total misleading. On November 11, 2016, we boarded Victoria Grace and started our 4-day Chongqing to Yichang (the three gorges) cruise and it is the ...
Read More

lindamarie_26
6-10 Cruises • Age 30s
Took a five day, four night Yangtze River Cruise on the Victoria Ann from Yichang to Chongqing. The ship was renovated in 2013 and has 133 cabins. Went with a Wendy Wu tour. We all had standard cabins which are similar to Caribbean cruise cabins, maybe a tad smaller. However, the bathroom is a little larger than most standard cruise ships and they have a tub/shower combination. All standard rooms ...
Read More