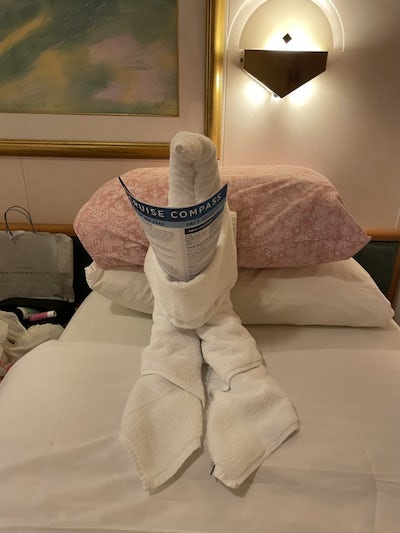 grayfamily5
2-5 Cruises • Age 40s
This was our second cruise, we were not actually dissappointed with the ship itself, it was the was it was run. I suppose we had high expectations from going on a Carnival ship previously, however we thought RCCL would be similar.....wrong. See below the "Review" that I sent to RCCL, I would think that with our issues they would have responded by now, hence I gave them a chance before ...
Read More

Singapore to Sydney on Krhapsody Of The Seas

RohanBoat
2-5 Cruises • Age 50s
We were to board Rhapsody Of The Seas (ROTS) following it's month long dry-docking in Singapore. Upon arrival at the Singapore Cruise Centre there was no sign of ROTS, only Pacific Princess alongside. Check-in with RCI was smooth and relatively fast and we were then directed to a bus. We had heard that ROTS was berthed at a nearby wharf. After a 20 minute ride we turned into the Pasir Panjang ...
Read More

My first cruise and travelling solo: I had a wonderful time

pn1
First Time Cruiser • Age 70s
I thoroughly enjoyed my first cruise. I was one of the few single males. At first it was a somewhat daunting experience but I quickly got into the rhythm of things. I reckon it helped that I am used to spending a lot of time working alone. Not that I was alone all the time on the cruise because I made some good acquaintances especially through the discussion board group that chartered three taxis ...
Read More

Find a Rhapsody of the Seas Cruise from $149