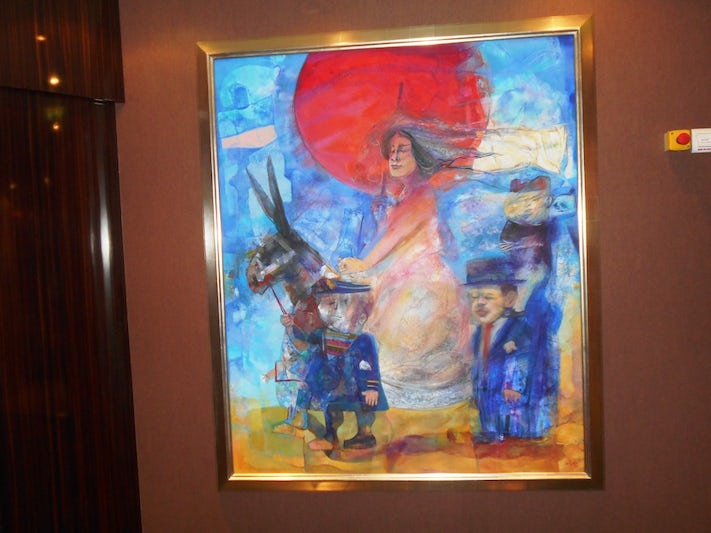 the good and bad points of Regent

wanderer 58
2-5 Cruises • Age 60s
This was our third RSSC cruise. Second time on the Mariner. The remaining cruise on Voyager. With the new controls on cruising we doubt that we will do a cruise again. So, having reflected, what have we learned? 1) Our first two cruises were with a concierge cabin. The third time was a penthouse suite. A huge difference that we really enjoyed. 2) its important to understand that pre and post ...
Read More

Phylis46250
10+ Cruises • Age 70s
Had a wonderful time on the Mariner in Australia. The ship is just the right size and Regent treated us to a spectacular New Year’s Eve party in Bali. We also were treated to a magical evening at the Australian Open tennis tournament. We had great seats in Rod Laver Stadium for two night matches. The crew and officers on Regent are friendly, efficient, and helpful. Since most Regent ...
Read More

Why we love Regent

dianelh
2-5 Cruises • Age 70s
Nov. 27, 2018 Mariner Papeete to Auckland The following experience optimizes what makes a Regent Cruise so wonderful. It's the exceptional, sincere, and kind individuals that work together to create for guests a once in a lifetime celebration and memories. We chose this trip because we vowed to return after 20 years to the places where we honeymooned. I mentioned to Sunil, our butler how ...
Read More

MissDiAgNoste
6-10 Cruises • Age 50s
My father and I had always wanted to go to Tahiti, he was turning 80 and I was wondering if we would ever get a chance to travel together since his health had suddenly deteriorated. Regent was the perfect cruise line. We were tired of the up charging for this and that. Wanted a cruise that we didn’t have to check our receipts for the day or worry about the extras. Everything was taken care of! ...
Read More

FamilySkiTrip2008
10+ Cruises • Age 50s
This was our third Regent cruise, second on Mariner. This is our first review. We have cruised many times and many places: 2 star on Holland America, Platinum on Royal, Select on Celebrity. As our kids have grown up and left, we became irritated with the incessant nickel and dining of traditional cruises. We also were looking for a less "busy" ship experience. We went from a cruise line you need ...
Read More

Dakota0307
10+ Cruises • Age 60s
Regent does an amazing job welcoming passengers aboard and with registration. Embarkation was just as amazingly organized. it was lovely not to have to deal with luggage once we placed it outside our door until arriving at airport. Porters were lined up to take passengers luggage to ticket counter after passengers claimed their luggage under canopy. Nice touch having Tahitian women giving you one ...
Read More

wtb
2-5 Cruises • Age 70s
My husband and I just returned from our French Polynesia cruise on the Regent Seven Seas cruise line on the Mariner ship. The trip was wonderful. We embarked in Papeete, Tahiti on Dec. 7, 2014. The weather was not as hot as I thought it would be. It rains frequently and some islands were more humid than others. There is a nice breeze usually so that helped. This was our first cruise on Regent and ...
Read More

Ticks All The Boxes

journey boomer
2-5 Cruises • Age 70s
First time on Regent after several cruises on Azamara. From the start to the finish this cruise was just very classy and they seem to think of everything that one would expect in this luxury bracket of cruising. Staff were courteous and helpful at all levels. Complimentary beverages presented an outstanding range including the choice of free spirits and wines for cabin use. The in cabin dining ...
Read More

SanFranCruizer
First Time Cruiser • Age 50s
We arrived in Auckland the day before the cruise. We flew Air New Zealand using Regent's air program and the $999 business class upgrade, which was a steal for a flight from SFO to Auckland. We stayed at the Westin, which was not far from the Port and was quite lovely. Embarkation was a little rough, but this was due to the fact they had only one customs agent at the Port. Once a second one showed ...
Read More

harbormaster
First Time Cruiser
We began our 19-day cruise on Regent Mariner December 3-21, 2007 with a flight from LAX to Auckland on Air New Zealand in Premium Economy. The service was excellent and the flight passed quickly. We spent two days seeing the lovely city, staying at the Sky City Hotel courtesy of Regent, and arrived at the nearby cruise terminal at noon. We quickly were welcomed aboard with champagne, given our ...
Read More