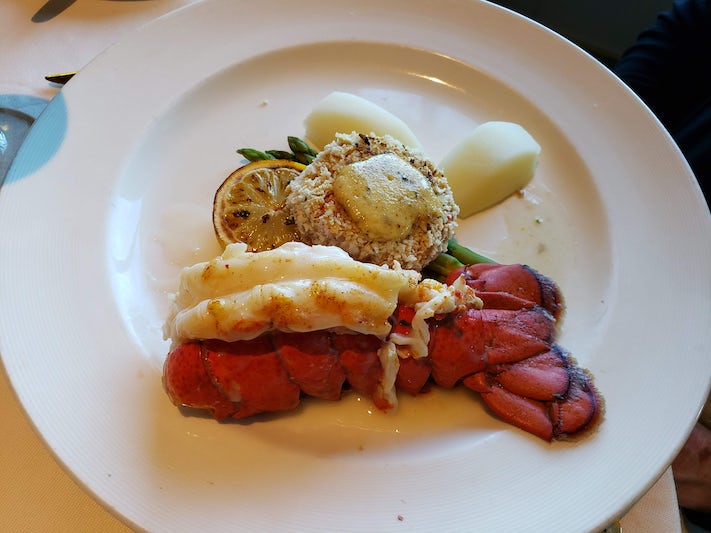 Cruise Raider
10+ Cruises • Age 60s
We are a couple, in the 55-65 year age range that love to cruise, especially when that cruise embarks in our home port of San Francisco. This was our 45th cruise overall, our 17th on Princess and our 3rd cruise on the Star Princess. There was a mix of all ages on this cruise with a number of children (they all seemed to be pretty well behaved), a large number of elderly and mostly people within ...
Read More

Murray's Pop
10+ Cruises • Age 70s
We have been cruising since early in the 1990's, and have cruised with RCCL, NCL, HAL, Celebrity and Carnival but this was our first cruise on Princess. Our favorite is HAL, and would sail again on all, with the exception of Carnival. We chose this cruise for 2 primary reasons - 1st it was a round trip from San Francisco so were were able to get to the port without spending an entire day ...
Read More

spartacus1
2-5 Cruises • Age 50s
Overall, a great trip for my family of 4. As the reviews state, the staff are terrific - we didn't encounter one person on staff who wasn't exceptional. I've been on a 14 day cruise and a 4 day cruise - a 7-day was a first and I was surprised at how many 60+ cruisers there were. We're a little ahead of spring break so there weren't as many kids as I'd hoped but I wasn't surprised. Lots of Northern ...
Read More

SharkieRools
First Time Cruiser • Age 50s
Background: We're platinum level cruisers with Princess, we've sailed with several other lines as well. We were in need of a "Come Back New" cruise and this one fit the bill! Embarkation: it took longer to get to the port from ~15 miles away then it did to check in and board the ship. We left our house around 10ish and with all of the traffic on the Embarcadero due to Giant's fan fest and another ...
Read More

swtexas
First Time Cruiser • Age 70s
First. Never repeat never get in Room E730 on the Star Princess. It's above the Vista Lounge. First two nights it was OK, but then the shows started and the sound reverberated in the room, and also down the hall. I went to the passenger services and was told there were no rooms available. I asked to speak to a manager and the next day they found me a smaller balcony room on deck 11. The view in ...
Read More

Great trip, mostly good, a little not so great

Insanityx4
6-10 Cruises • Age 70s
We sailed out of SF on Feb. 7th for a 10 day of the Mexican Riviera. It was great for us because we live in the bay area so no flying involved. Embarkation went very smoothly. We did the "Bon Voyage Experience" with our daughter and her husband which was really fun. Customs was slow so we boarded at noon instead of 11am but that was OK. We were on Caribe deck with the extra large balcony and we ...
Read More

Not the best but still had a good time

lvmy2boys
6-10 Cruises • Age 50s
First time Princess cruiser. Other cruise lines we have sailed were Carnival, Royal Caribbean and Disney. We went with three other couples and two other couples have sailed on Princess many times. We chose this cruise because we could drive to the port. The good: Embarkation was easy. Food was good. The Crown Grille was amazing! The service and food at the Crown was well worth the extra ...
Read More

Holomoku
10+ Cruises • Age 70s
This cruise started with the new boarding scheduled time system, and it worked super. We are Platinum and were able to almost not stop walking and get right on the ship, minor stop for actually grabbing the cruise card. The employees were all super, very friendly, energetic and eager to please. We found that we did know three from previous cruises and that was a plus. The ship was in fairly good ...
Read More

Buck Turgidson
10+ Cruises • Age 70s
Our son dropped us off at Pier 27, Longy took our 2 suitcases smiling with a good attitude, I tipped him 5 buck's total. Did the med form got our sail and sign card, was given a number,12, and told to sit and wait for number to be called. Other people came out of line and were told to sit and wait with numbers 12, 13 and 14, some sat, but many disregarded and they just went aboard. After watching ...
Read More

oregongirl56
2-5 Cruises • Age 60s
Embarkation - we parked at 55 Francisco which is very handy to Pier 27. We walked the couple of blocks with our luggage no problem. I have to admit we were a little nervous about the issue with the longshoreman, however, they were very helpful and friendly. Saw absolutely no problems there. The line moved from one area to another pretty quickly and didn't take long before we were on the ship and ...
Read More