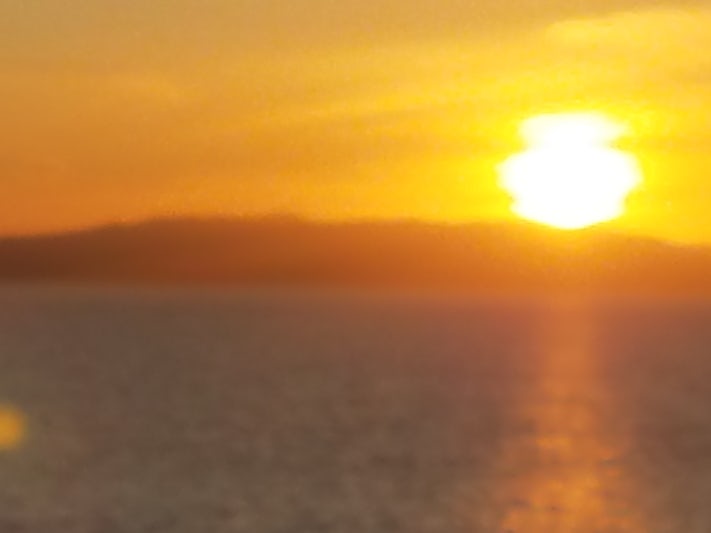 Prettygirl
10+ Cruises • Age 60s
We booked back to back cruises, first the repositioning cruise from San Francisco and the follow-on circumnavigation of Australia and New Zealand. We had the same cabin for both cruises but the second 33 days were very different from the first 27 days. Embarkation in San Francisco was held up 3 hours because the ship had been in a 10 day rehab and was still off loading trash. The port in ...
Read More

sevengifts
10+ Cruises • Age 70s
We were on the repositioning portion of the cruise that prettygirl describes below. For the most part I agree with her assessments, but would like to add a few of my own. Environment: Our cabin was mid ship Aloha deck. Before we reached Tahiti we started to notice a noxious, sewer smell in the corridor that eventually seeped into our cabin. Not even keeping our balcony door open helped. We had ...
Read More

Ntfc1977
2-5 Cruises • Age 40s
This is our first holiday that has been to a country less than warm but it was such a brilliant adventure. The ship Sea princess is one of the smaller ships but that just means it is less likely that you will get lost on it. Excellent service and spotlessly clean, with good amenities and lovely staff. Get a soft drinks package to keep down bar costs and take your own booze in your suitcase. ...
Read More

12legs2tails
6-10 Cruises • Age 40s
1) Background info My husband and I are 29 and 31 years old. We cruised the Alaska Inside Passage on Sea Princess from August 21st-31st, 2012. We chose this cruise because our priorities were to see Alaska, sail out of San Francisco and enjoy Anytime Dining with a private table for two. 2) Embarkation/Disembarkation Everything went smoothly at Pier 35 in San Francisco. We got in line to ...
Read More

On the Sea Princess to Alaska in August, 2012

dkata
First Time Cruiser • Age 60s
Background We are a couple in our early 50's, traveling with our teen daughters, 17 and 15. This was our first cruise. We were celebrating our 25th wedding anniversary. We chose this Princess cruise, because we did not want to fly anywhere, and the port of San Francisco was closest to home. Travel to Port The embarkation port was San Francisco, California. The traffic along the Embarcadero ...
Read More

Had a great time!

BMKguy
First Time Cruiser
Embarkation: It went relatively smoothly. However, 1) the embarkation pier was kind of a zoo; 2) I was irritated that (apparently) I had to use a porter to bring our 4 bags to the loading area when we were perfectly capable of doing it; and 3) it wasn't until after dinner that my wife's 2 bags were delivered; my 2 arrived soon after we got to our cabin. Dining: We ate dinners in the dining ...
Read More

I wish I never read the Cruise Critic reviews

improvman
2-5 Cruises • Age 40s
I had a great time, but was apprehensive about it because of all the Cruise Critic negative reviews. The ship: Yes, it's getting old. The rooms are on the small side. I often felt the room was stuffy, and often, the lower decks on the ship felt stuffy as well. The elevators were very slow. The food: The MDR is very good. The souffles are not to be missed. The other desserts are hit or ...
Read More

doolittle1
10+ Cruises • Age 70s
I don't know what is happening with the Princess brand, but after our recent cruise to Alaska, I doubt I will ever book with them again. Cabin -- we booked a suite and it was excellent, as was the room steward. With a suite comes free laundry/dry cleaning, but it was lacking. It took 3 to 4 days to get clothes back, and no one seemed to know where they were or why the delay. Food -- the buffet ...
Read More

The Lone Traveler Goes To Alaska

Peng You
First Time Cruiser • Age 70s
When I noticed on the Internet that Princess was sailing from San Francisco, I knew I wanted to be on one if their ships. The fact that Sea Princess is one of their smaller ones was even more appealing. When I boarded the ship, I was pleasantly surprised by the total atmosphere of the public areas. While busy with the rush of people boarding, the atrium was still a roomy area that never felt ...
Read More

The Motel 6 of cruises

gomontavista
10+ Cruises • Age 60s
We have been on several Princess cruises (as well as NCL, Celebrity, Royal Carribbean, Carnival and others) and are Platinum level with Princess. Over the years, we have noticed a degradation of service and I believe there is a chance we will ever reach the top Elite level of Princess' customer loyalty program but only because it is inexpensive. Service levels have receded over the years and ...
Read More