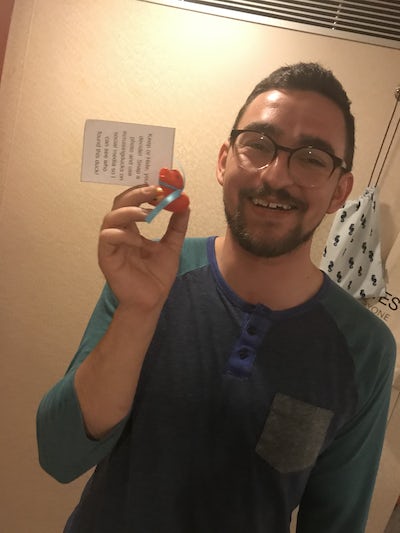 CruisinMaterial
10+ Cruises • Age 30s
I’m a 34 year old male who sailed solo on the Norwegian Sun from San Diego, CA, USA to Valpraiso, Chile from November 2, 2016 to November 19, 2016. I’ve sailed with many different cruise lines but have found NCL to meet most of my needs and as such this was my 24th cruise with them although my 37th cruise overall. I’ve sailed on other cruise lines including Celebrity, Princess, Carnival and once ...
Read More

Bunson Bill
6-10 Cruises • Age 70s
After being on the Epic in February I swore that I would never go onto another Norwegian Cruise again. However friends told me that they had experienced great cruises with Norwegian. When I discovered this cruise in early October with its unique itinerary and give away price I couldn't refuse. After notifying all my cruise friends about this deal one joined me. Very nice ship it reminded me of a ...
Read More

HiramAbif
10+ Cruises • Age 40s
Yes, the ingredients in this cruise vacation are a recipe for Awesomesauce! We're a middle aged couple from north/central Massachusetts. A little over a year ago I noticed the value of this unusual annual repo itinerary on this sailing & so we decided to book it for the following year. NCL made raving fans of us years ago with its great food, entertainment, & people. We're seasoned ...
Read More

A trip of life time ruined at start

*WorldTraveler
6-10 Cruises • Age 60s
On our NCL cruise aboard the Norwegian Sun, November 2 -- December 2, 2016, the staff was out of control.  Room cleaning was completely substandard.  Staff made little response to requests from the passengers.  Staff retaliated against "complainers."  In one instance, NCL staff left fresh excrement on the shower curtain of a couple who reported multiple times that they could not turn off the heat ...
Read More

It was a ok experience

shortcir
10+ Cruises • Age 80s
We wanted to see the south American experience. As we embarked, we had lunch at the Garden Café. We found the food to be of a very messy quality. Again as we ate breakfast and lunch we found very little variations from day to day. Too many dishes with Indian seasoning (curry). I do not understand when you have several specialty restaurants, why you have to pay extra for certain cuts of ...
Read More

A long cruise that left me wanting more

SookeBC
10+ Cruises • Age 60s
Being in close quarters with your spouse for 17 days, not to mention hundreds of other passengers and crew, sounds like a good way to get cranky and swear off cruising for life. On the contrary, we found ourselves savoring the voyage, enjoying each other and wonderful new friends, regretfully noting the few days remaining as we left each port. Maybe it was the unique itinerary - a good balance ...
Read More

Could have been better.

jillmary
2-5 Cruises • Age 70s
Unfortunately this cruise was off to bad start as no one could board for along time & there seemed to be no organisation. Finally on board after 2 hrs. in a queue.. then no cabins were ready for a very long time. Luggage was not delivered til 8pm! In fact we went & collected 1 suitcase our selves, as it had not been delivered. No explanation as to why all these delays. Our cabin was very nice ...
Read More

This cruise does not sell out - book late and save $

CruisinMaterial
10+ Cruises • Age 30s
I’m a 34 year old male who traveled solo on the Norwegian Sun for the full-ship charter called the Groove Cruise. The charter was from October 28 to November 2, 2016. This was my 36th cruise and 23rd time with Norwegian. I had been on the Norwegian Sun previously in 2008. I’ve tried out other cruise lines including Princess, Celebrity, Royal Caribbean and Carnival. What follows is a review of the ...
Read More

OK But There Were Issues

Gregwhiz
10+ Cruises • Age 70s
This was our 1st cruise with NCL. I think we will likely be cruising with another line in the future. Before I go blasting away, I do want to say that for the most part, this is a nice ship with a great crew. Before we even got on the ship, we had an issue with NCL. This was supposed to be a Mexican Riviera cruise but NCL changed the itinerary to a Panama Canal transit. We had done a Panama ...
Read More

Find a Norwegian Sun Cruise from $622