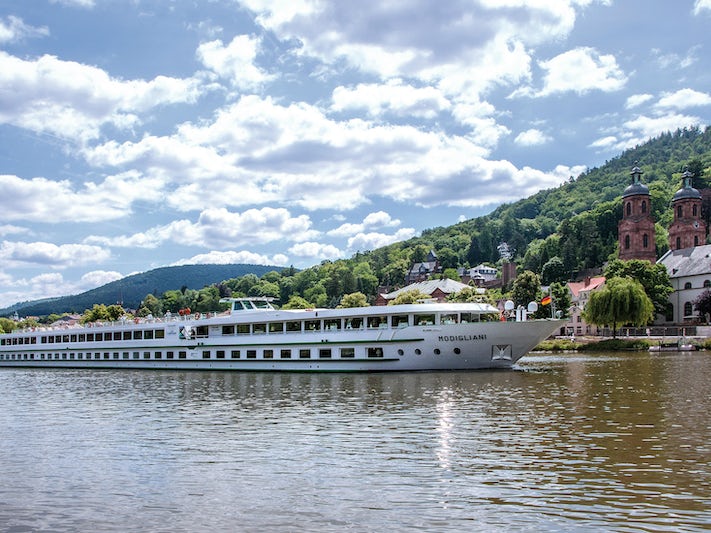 CroisiEurope's Modigliani, a 160-passenger vessel based on the Rhine, operates eight-night cruises between Amsterdam and Basel, travelling through Holland, Germany and Switzerland.

At 360 feet long, Modigliani is the smaller version of CroisiEurope's other three-deck European ships. However, instead of providing the same ratio of cabins in relation to the size, the line has reduced the number of staterooms on Modigliani to provide more spacious public areas.

There are 42 cabins -- each measuring 161 square feet -- which are situated on the main and upper decks. They all have floor-to-ceiling picture windows and include wide-screen TVs, hair dryers, safes and air-conditioning.

Get Modigliani price drops
250,000+ people have entered their email

Find a Modigliani Cruise from $627