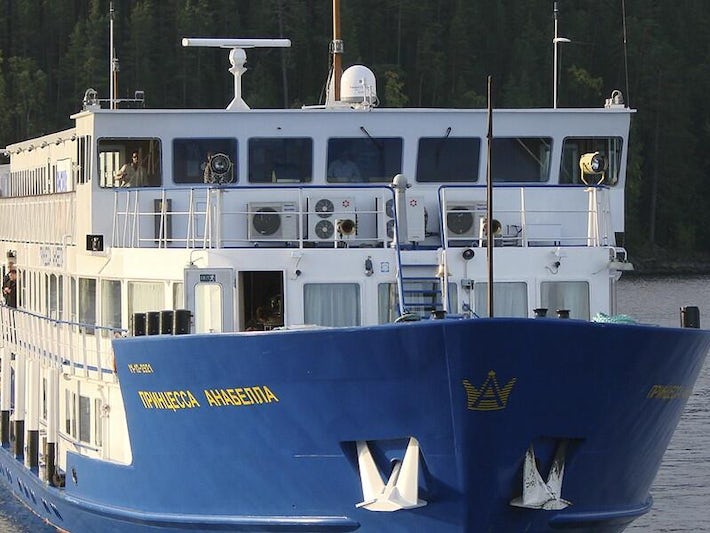 Built in the Netherlands in 1973 and refitted in 2013, Princess Anabella is one of the more spacious and intimate ships in the Imperial River Cruises fleet. With 97 passengers and a crew of 49, this three-deck ship is easy to navigate and isn't quite as imposing as the typical Russian riverboat.

Cabins onboard, while on the small side compared with North American river cruisers, are decently sized and nicely decorated. There is nothing flashy or jaw-dropping here, but the ship provides a comfortable, if uncomplicated, ambiance onboard throughout its accommodations and public rooms. Wood accents help give the ship a warmth that is missing from other vessels in the region.

Meals aboard Princess Anabella are primarily Russian-influenced, with emphasis on regional specialties and local ingredients. A selection of international dishes are offered as well. Breakfast, lunch and dinner are served up in the ship's main dining room, and beverages (both alcoholic and otherwise) can be purchased at an additional cost.

There are four basic accommodations aboard the Princess Anabella, ranging from solo staterooms to full-blown suites.

The lone Dedicated Single (represented on the website as "Dedicated SGL") is actually generously sized at 118 square feet -- large for a Russian river cruise ship. It has a nautical ambiance with plenty of wood accents and an attractively tapered ceiling, which helps to offset some of the more awkward aspects of the room, like the mini-fridge mounted atop a table. The cabin offers a single bed and a window that does not open, along with a bathroom with shower, sink and toilet. A small flat-panel television can be found in the room, and electrical outlets are of the 220V two-pronged European style.

Twin Standard rooms are 123 square feet and feature two separate beds that cannot be joined together. Each room has a large window (that, unlike many other Russian river ships, doesn't open), a small bedside table and vanity area.

Superior rooms are 150 square feet and offer two large picture windows that don't open. There are two beds in these rooms that cannot be joined, but the increased space of the rooms is a nice bonus. There are only eight of these aboard Princess Anabella: four on the Upper Deck and the other four are on Main Deck.

Junior Suites are the largest accommodations onboard. There are four of these suites, all of which reside on the Sun Deck and offer 161 square feet of living space. The color and quality of materials in these rooms are upgraded somewhat over their stateroom counterparts, and these rooms offer a queen-size bed and a cozy sitting area. Each Junior Suite also offers direct access to the ship's Sun Deck.

The Sun Deck is home to a bar, and outdoor viewing and seating areas.

Entertainment aboard Princess Anabella leans toward lectures, historical presentations, language lessons and other destination-relevant programming. The real draw here are the informative tours ashore. Most passengers will mingle over cocktails and nightcaps, or choose to sit down with a good book during the day.

Princess Anabella sails a variety of Russian river cruises on the Volga.