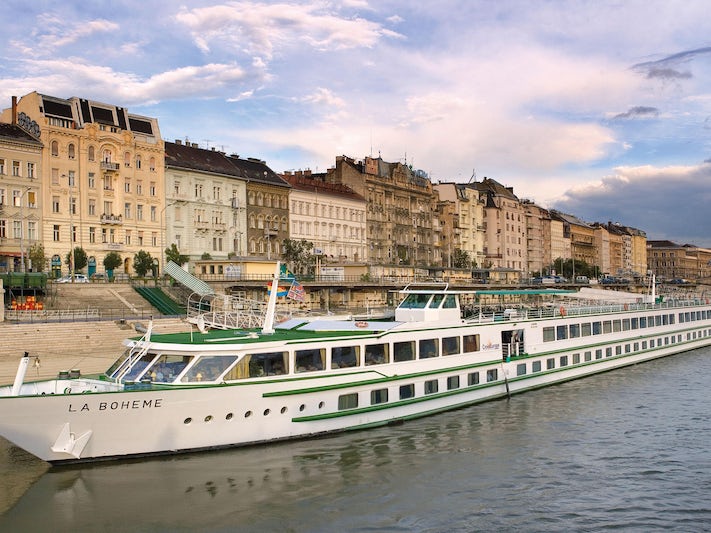 La Boheme is part of the large fleet of European river vessels owned by the French line CroisiEurope.

The company operates vessels of different sizes, the 160-passenger La Boheme, which sails on the Rhine and Danube, is one of 15 ships in the fleet that measure 360 feet. The ship was refurbished in 2011.

There are 80 cabins -- the majority measuring 108 square feet -- which are divided between 28 on the upper deck and 52 on the main deck. They all have double beds that can be configured as twins, floor-to-ceiling picture windows, showers, TVs, hair dryers, safes and air-conditioning. The ship has one suite and two single cabins, all located on the main deck.

In addition to the two cabin decks, there's also a sun deck. The dining room and panoramic lounge, with a bar and dance floor are both on the upper deck, and other onboard facilities include a library and a shop.

Get La Boheme price drops
250,000+ people have entered their email