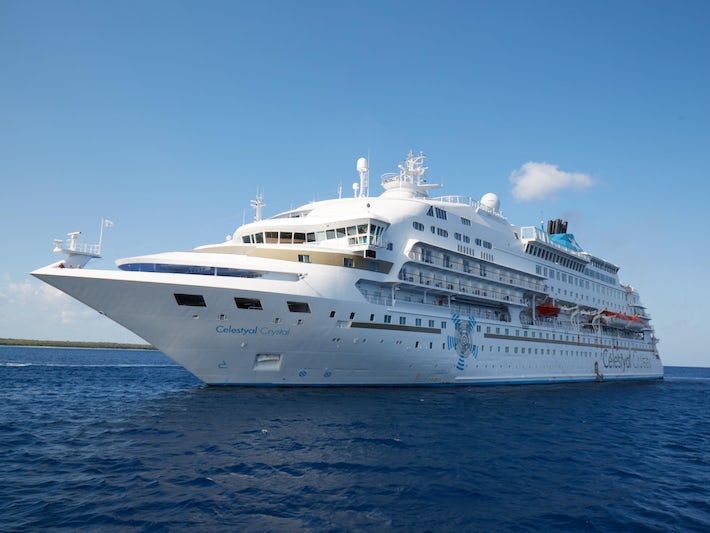 Celestyal Crystal is all about the destination. The ship doesn't try to woo passengers with a trendy design, Broadway entertainment or thrilling water slides. Instead, it invests all its energy into the places it visits -- spending longer time in port than most mainstream cruise lines and offering top-notch shore excursions.

Excellent value, with an emphasis on the destination and Greek culture

With Celestyal Cruises being a Greek-based company, it's no surprise the ship primarily sails the Greek Islands. All cruises begin and end in Athens, and the majority of them include overnights or multiple days in Mykonos and Santorini (as opposed to other lines that spend only half the day); this gives passengers a chance to explore these iconic ports sans all the crowds from other cruise ships. Itineraries vary depending on the season, but generally include at least one stop in another country, such as Turkey or Egypt.

The cruise line's emphasis on the destination and its budget-friendly price tag make it an excellent value, even more so when you see its nearly all-inclusive. The fare includes select shore excursions, most alcoholic and nonalcoholic beverages, and gratuities.

But to enjoy a cruise on Celestyal Crystal you'll need to be OK with sailing on a bare-bones ship. It's small by modern standards (with a capacity for 1,200 passengers as opposed to the 4,000-plus passengers you see on mega-ships), but it has a big-ship feel. You'll find many of the standard features you would on a big ship -- including two main dining rooms, a buffet, a spa and fitness center, a pool and hot tub, and a number of bars -- but it's all scaled down.

Despite the similarities to newer ships, a cruise on Celestyal Crystal still conjures up images of an earlier age of cruising. Features like wide corridors, polished mahogany decks and distinct decor in each cabin category are a nod to the ship's colorful past, which started off as a passenger ferry in 1980 -- it was converted into a cruise ship in 1986. Since then it's been destroyed by fire, partially sunk, renamed five times and owned by five different cruise lines. But it has also had some high-profile guests, including Sweden's royal couple, who stayed onboard during the 1992 Barcelona Olympics, and President George H. W. Bush, who stayed onboard in November 1995.

Get Celestyal Crystal price drops
250,000+ people have entered their email

Overall, lovingly worn Celestyal Crystal might not be the prettiest or most innovative ship on the high seas, but it offers arguably the best bang for your buck when it comes to cruising in Greece.

Passengers mainly hail from the U.S., Canada, the U.K. and other parts of Europe, including Germany and Italy. In the summer months, the ship sees a large number of passengers from North America -- particularly families with teenage kids. The average age onboard is between 40 and 65, depending on the season.

Daytime: The dress code is casual, with shorts, flip flops and Ts de riguer during the day.

Evening: Mostly casual, except on elegant night (once per seven-night cruise) which is suggested rather than enforced (during the summer it's really too hot to wear a jacket).

Not permitted: Tank tops, flip-flops and swimwear are never permitted in the restaurants; shorts are allowed only during breakfast and lunch hours.

Where does Celestyal Crystal sail from?

Where does Celestyal Crystal sail to?

How much does it cost to go on Celestyal Crystal?

Cruises on Celestyal Crystal start from per person.

Is Celestyal Crystal a good ship to cruise on?

Great experience and a good ratio value vs. cost