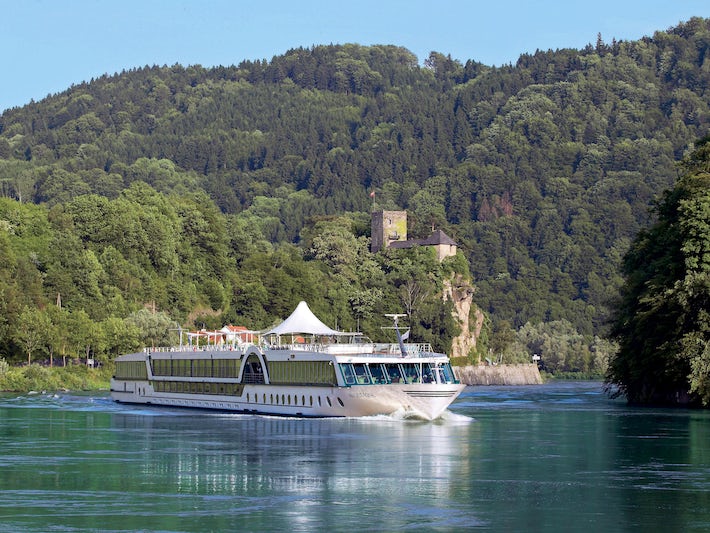 MS Amadeus Royal, built in 2005, is 361 feet long and 1,566 tons. It features four decks: the Sun Deck and three passenger decks whimsically named after famous Austrian composers -- Mozart, Strauss and Haydn. Its 68 standard cabins are 161 square feet. The 25 cabins on the lowest (Haydn) deck feature windows, while the 26 on the second (Strauss) deck feature panoramic windows. The 17 cabins on the third (Mozart) deck feature French balconies. All four suites -- found on the Mozart Deck -- have French balconies and are 236 square feet. All cabins have twin beds that can be pushed together to form queen beds. They also have seating areas, cabinets, showers, TVs and phones. Suites feature bathtubs, sofa beds and minibars.

Passengers spend their leisure time on the Sun Deck, where they can take in the sights from deck chairs or while practicing their putting on the boat's putting green. It also features a walking track and a giant chessboard.

Other amenities include a fitness room, massage, a hairdresser, Internet station, Panorama Cafe and Panorama and Lido bars.

On excursions, passengers can use Royal's complimentary bikes and wireless audio tour systems.