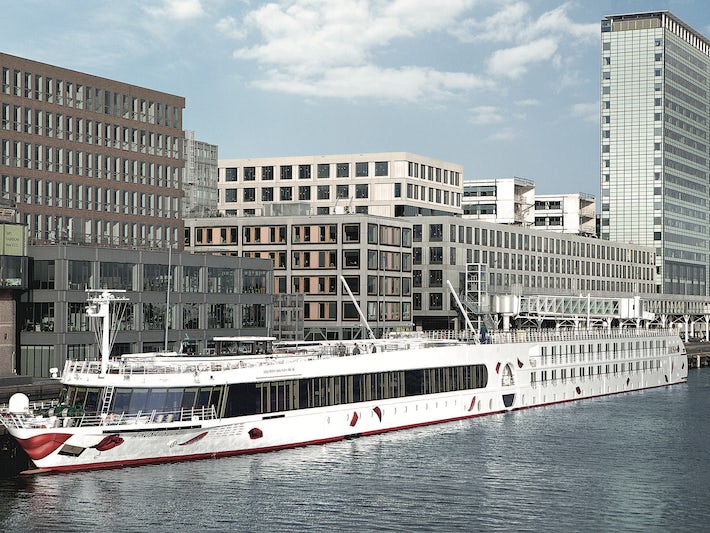 The 178-passenger A-ROSA Silva, built in 2012, is the newest design in the A-ROSA fleet, and the biggest difference is that it offers six suites in addition to standard cabin configurations.

Like fleetmates Aqua and Stella, Silva offers one of the most inclusive river cruise experiences in European waters. Among the features included in cruise fares are roundtrip air, gratuities, shore excursions and specialty beverages, including cocktails.

There are three decks of cabins on A-ROSA Silva. All standard staterooms are the same size, measuring 156 square feet. They have private bathrooms with showers, interactive televisions, writing tables and seating. The big difference is the location. The most economic can be found on Deck One, where cabins come in two configurations: one with beds that can be converted from queen to twin-sized, the other with a third berth, unusual in the river industry and perfect for small families. Both types have porthole windows.

On Decks Two and Three, the big difference is that cabins have French verandahs -- essentially walls of windows with doors that open (though you can't really step out).

A-ROSA Silva's main restaurant is located on Deck Three, adjacent to the Lounge, where daytime enrichment and evening entertainment activities occur. The restaurant focuses primarily on Mediterranean-influenced cuisine with a continental European touch.

Standouts on A-ROSA Silva are its massive spa, salon and gym. It's also got a steam room and a sauna with a vast picture window that offers great views. In keeping with its commitment to wellness and travel, Silva has a pool on the sun deck, and bicycles are stocked for passenger use in port.

A range of shore excursions is available in every port of call, and passengers can typically choose from at least three varieties, that range from food and wine to general touring and a more recreational opportunity. These are included in cruise fares.