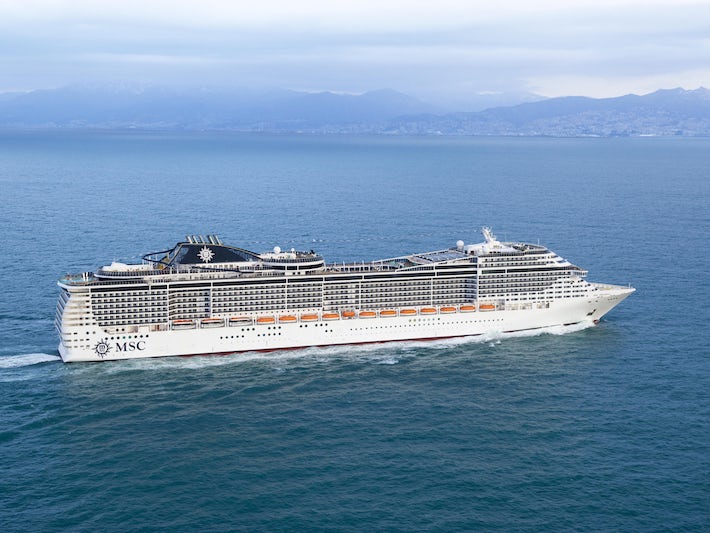 The 2013 debut of MSC Preziosa moved the family-owned Italian company MSC Cruises up another notch to become the world's third-largest cruise company. That's no mean achievement, given its modest entry into the cruise industry with a second-hand vessel in the late 1980's. The 12th ship in the fleet -- and the fourth in MSC's flagship Fantasia Class -- Preziosa is making its mark with all-new facilities that include the longest single-rider body waterslide on the waves, a children's aqua park, an expanded shopping mall and the first two Eataly restaurants at sea. And, it's all coupled with the company's distinctive Mediterranean atmosphere.

However, for families, younger couples and the young-at-heart, the ship provides a fun, relaxed and affordable way to cruise the Med. With 1,751 cabins and a total capacity for 4,345 passengers -- a figure that's more than double occupancy if parents bunk up with their children -- Preziosa offers a good choice of accommodation options for everyone from budget-conscious families to couples who want to splurge with a stay in the exclusive Yacht Club.

It's important to note that, while English is the main onboard language, MSC predominantly attracts passengers from mainland Europe. This means announcements are made in five languages, and entertainment is geared to appeal to multinational audiences, so you will find dancers, bilingual singers and acrobats instead of comedians and similar acts that require a lot of speaking.

MSC's slogan is "the Mediterranean way of life," and this is definitely European-style cruising. In 2012, the line carried passengers from 180 different nationalities; Brits and Americans embarking in the Med, where Preziosa's homeport is based, will be in the minority. Most of the passengers are from mainland Europe, particularly Italy, and MSC attracts couples and families who are generally younger than cruisers on more traditional ships.

Although the ship's surroundings and decor are glitzy and glamorous, Preziosa has a relaxed atmosphere, and passengers can leave the ball gowns and tiaras at home. There are typically two formal nights each week, where men are encouraged to wear tuxedos, dinner jackets or lounge suits, with evening or cocktail dress for the ladies. That said, many people ignored this on our formal evening, and we got the impression that passengers don't feel as governed by the dress code rules as they do on ships that attract a generally older crowd. Informal nights request a jacket and tie for men and a dress or dress pants for ladies -- no jeans. For casual nights, just about anything goes (aside from shorts, which are only allowed in the self-serve buffet restaurant). Daywear is casual, and the daily newsletter advises of the dress code options for each evening.

Get MSC Preziosa price drops
250,000+ people have entered their email

Find an MSC Preziosa Cruise from $149

Where does MSC Preziosa sail from?

Where does MSC Preziosa sail to?

How much does it cost to go on MSC Preziosa?

self contained ship within a ship, this is not the same on the Preziosa.Read More
Cha-Cha

Preziosa is a larger ship than what I prefer. Being a transatlantic and so fresh on the heels of covid, the ship was about 60% full (as best as we could estimate).Read More
penguinscott

Below average, but cheap enough.

Chose the cruise for the port stops and that we had never used MSC before. The price was good, and departed from Southampton.Read More
Donnafoy4

The noise, the noise!

MSC, please either turn the amplification down or reserve a quiet bar for those of us who value our hearing and could find no escape.Read More
LondonMichelle