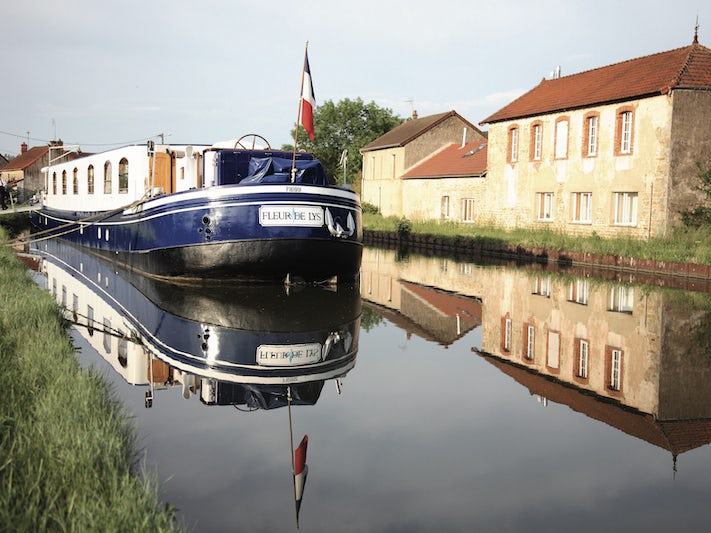 The six-passenger Fleur de Lys was built in Belgium in 1941 as a freight carrying vessel. Soon after, the barge was commandeered by the German army during the Second World War. With preservation in mind, FDL underwent conversion into a passenger vessel in 1986. (Her furnishing and equipment includes items from 22 countries.) Fleur de Lys cruises on the Canal de Bourgogne in Burgundy, from Escommes to Dijon.

Here's what you can expect to find on a Fleur de Lys cruise:

Fleur de Lys is an all-inclusive product; wines, soda, bottled water, beer and liquor are part of the fare. Shore excursions are also part of the package, and a VW mini-bus follows the barge's route and is available at designated times for transport to daily tours.

The sun deck features loungers and a small heated swimming pool. The ship also carries six bicycles for passenger use.

Editor's Note: Fleur de Lys is a charter-only barge and does not accept cabin bookings.