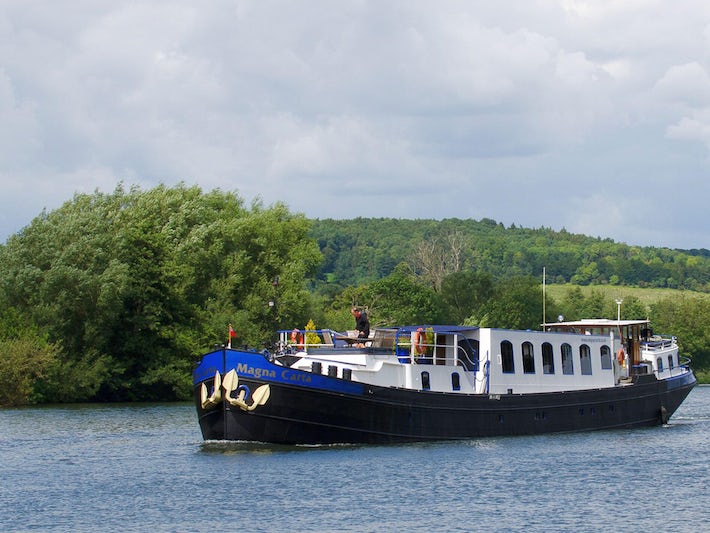 The eight-passenger Magna Carta, formerly a sand cargo barge operating in Holland, now sails along England's River Thames. The barge's hull was built in 1936, and everything else added in 2001 and 2002.

Here's what you can expect on a Magna Carta river cruise:

The four cabins are all about 200 square feet. Three suites feature twin beds that can be converted in a double; one is double-only. Bathrooms are shower-only, and towels, washing gel, hand soap, shampoo, hair dryers and bathrobes are provided.

Cruises include all meals with wine (and British cheese board), all shore excursions (Tudor Hampton Court, Henry VIII's palace, Lunch at a top London hotel, for instance), an open bar and bikes for passenger use. Optional excursions, including hot air balloon rides and golf, are extra.

Public spaces include a saloon, dining area and a sun deck with loungers and hot tub. The ship also features a small exercise room with treadmill and bike, and an elevator. The barge is also fitted with a lift for wheelchairs.

The four-person crew is made up of a skipper, chef and hostess and tour guide.