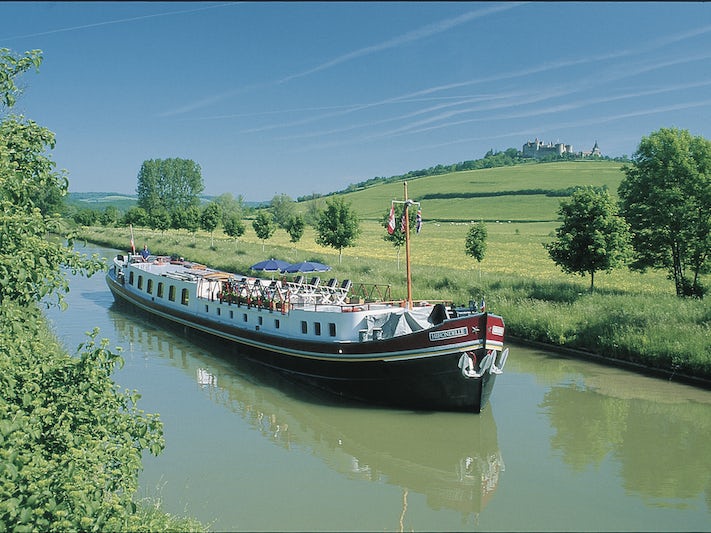 A former Dutch cargo barge, the 1928-built Hirondelle was transformed into a hotel in 1992 (and was refurbished again in 2002). The eight-passenger Hirondelle cruises in Southern Burgundy and Franche-Comte, France, a region known for its vineyards.

Here's what you can expect on a Hirondelle cruise:

Accommodations include four roughly 100-square-ft. cabins. Three cabins feature twin beds, and the fourth has a double. Bathrooms are shower-only, and include Occitane soap, shampoo and shower gel.

Cruises typically include all meals with local wine (and a French cheese board), all shore excursions (a guided tour in Besancon, birthplace of Victor Hugo, for instance), an open bar and bikes for passenger use. Optional excursions, including hot air balloon rides and golf, are extra.

Public spaces include a saloon, and a sun deck with sun loungers and hot tub. The ship features air conditioning throughout.

The four-person crew is comprised of a skipper, chef, tour guide and hostess.