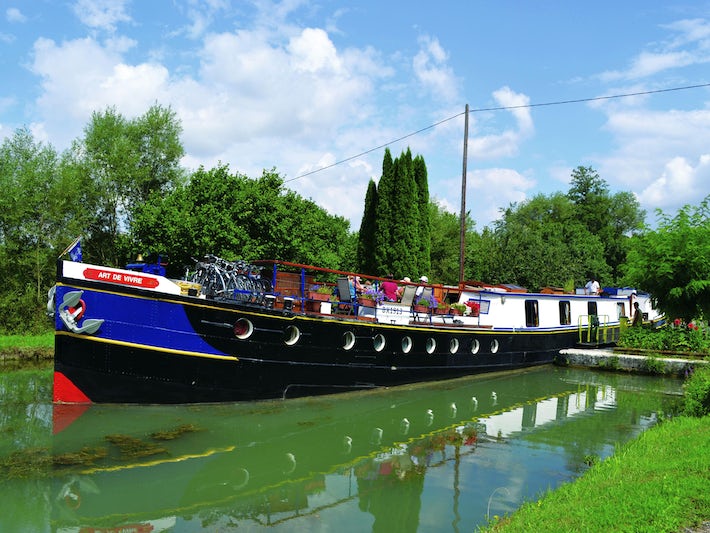 Here's what you can expect on an L'Art de Vivre cruise:

Accommodations include four 100-square-ft. cabins. Three of four cabins feature single beds that can be configured into doubles (the fourth is double-only). Bathrooms are shower-only (some of Go Barging's barges include baths), and include hair dryers.

Cruises typically include all meals with local wine (and a French cheese board), all shore excursions (guided tours to historic sites, wine tastings in a 12th century wine cellar, for instance), an open bar and bikes for passenger use. Optional excursions, such as hot air balloon rides, are extra.

Public spaces include a saloon, and a sun deck with loungers and a six-person hot tub. The ship features air conditioning throughout.

The four-person crew is comprised of a skipper, chef, tour guide and hostess.