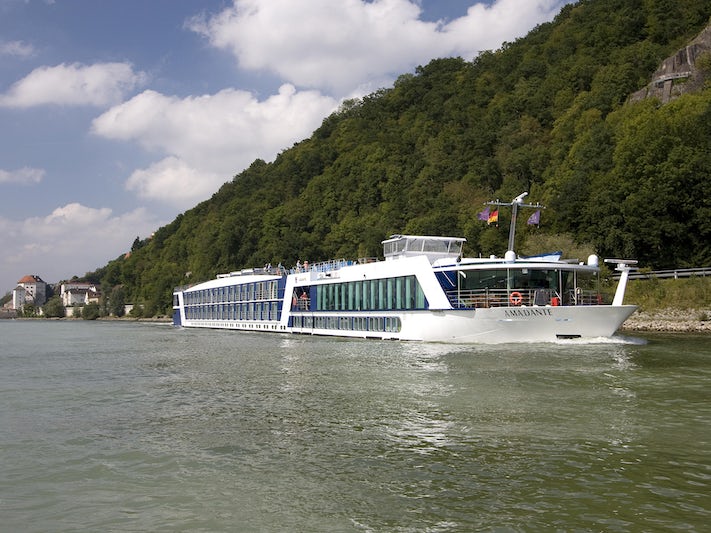 Here's what you can expect on an AmaDante cruise.

Cruise vacation is nearly all-inclusive. Beyond the basics -- food, cabin, entertainment -- there's wine and beer with dinner, unlimited Internet access and guided excursions in each port. There are also about 20 bikes available for onshore exploration.

AmaDante has two lounges -- a large main lounge at the bow and a more intimate lounge located at the stern -- that offer panoramic views of Europe. There's also a sun deck with whirlpool. Other onboard amenities include an elevator, small fitness area and a treatment room.

Get AmaDante price drops
250,000+ people have entered their email