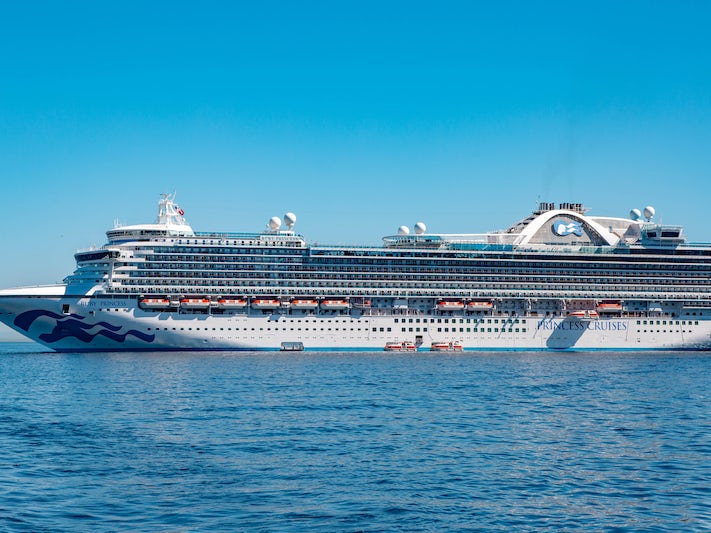 Ruby Princess has a laid-back, family vibe that despite carrying 3,000 passengers never felt crowded. And while not an overly active ship, people were always engaged -- whether it was kids playing in the kids' club or participating in a scavenger hunt or adults trying their luck at bingo, competing enthusiastically in The Voice of the Ocean or soaking in the hot tubs.

Passengers tended to be friendly, and audience participation in most activities was the norm. Trivia nights were popular, with strangers quickly grouping up to become friends and allies.

The service throughout is noticeably good. Cabin attendants on our sailing went that extra mile bringing playing cards to our kids when they needed something to do; waiters remembered those that were trying to avoid carbs and asked if bread was wanted instead of just bringing it out. Overall, the crew made an effort to offer personalized and intimate service, even while being on a big ship.

Shows its age in places.

Great for families and anyone looking for a variety of activities.

Ruby Princess appeals to multigen travelers, with families finding that there are plenty of things for kids, adults and grandparents to do. Couples, too, are common, though we noticed most stayed in the adult-only sections.

The ship's Alaska sailings generally skew older because it's a more expensive itinerary, and while there were a good number of senior citizens, there were also a number of baby boomers and families. In fact, the kids camp was well-attended (about 50 kids in total on our sailing). In addition to the mainly American clientele, there were many Asian passengers, and Chinese tours and translations were offered.

Daytime: Princess cruises are informal during the day, and most passengers simply dress for the weather.

Evening: Most nights the dress code is informal, but there are two formal nights on most cruises. The dress code was pretty casual on informal nights -- everything from jeans and sweaters to casual dresses. While some passengers really got dolled up on formal night -- tuxes and suits -- a good majority of them just wore nice dresses and pant suits for women and buttoned-up and collared shirts for men.

Not Permitted: The only items of clothing specifically not permitted in restaurants are bathing suits (all venues) and tank tops (main dining rooms and most specialty restaurants).

Get Ruby Princess price drops
250,000+ people have entered their email

Where does Ruby Princess sail from?

Where does Ruby Princess sail to?

How much does it cost to go on Ruby Princess?

Cruises on Ruby Princess start from $283 per person.

Is Ruby Princess a good ship to cruise on?

Ruby Princess won 6 awards over the years, including Best for Embarkation and Best for Families in 2019.
Ruby Princess Cruiser Reviews

Beautiful cruise on the Ruby Princess

As for dinning on board the Ruby Princess, the meals in the main dinning rooms were all delicious and beautifully presented. A different menu each of the ten nights on board.Read More
SFRubyPrincessCruiser

Princess older fleet starting to show its age and Ruby is not exception.Read More
Oceaner

Princess is an outstanding cruise line!

We felt we got to know several of the wait stuff aboard the Ruby Princess during our frequent interactions.Read More
Cruisevac30

COST CUTTING IN ALL THE WRONG PLACES

The Princess singers and dancers were good, though the same show we saw in 2018 aboard the Ruby. As for the enrichment seminars, ditto, the very same as 2018.Read More
LQTRAVELER