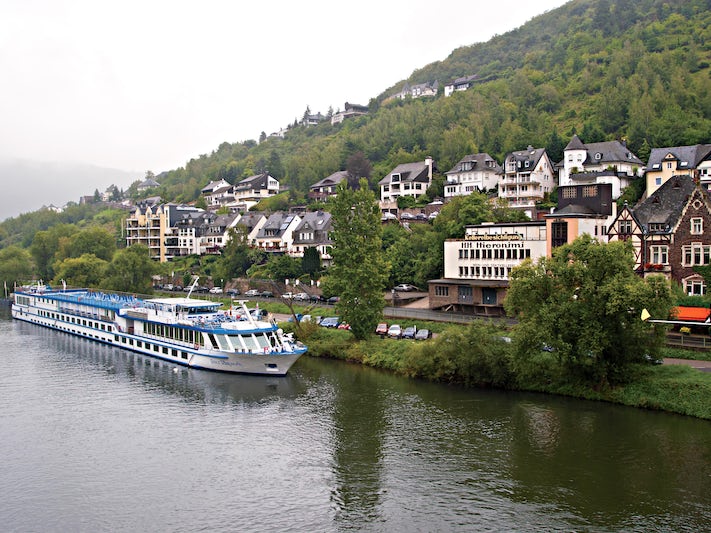 In the 10 years that MS River Rhapsody has been sailing Europe's rivers, little about it has changed. Why tinker with a good thing? This understated, yet elegant, ship is a classic -- and is one of the reasons Grand Circle Small Ship Cruises has amassed such a following for its river itineraries.


Rhapsody, built snug enough to accommodate locks and low-slung bridges, is trim and fit, and it's pure magic to watch her tie up to town docks in storybook locations like Melk, Austria and Budapest, Hungary. While in port, Rhapsody becomes part of the local scene, giving passengers intimate access to the surroundings in a way that no large ship could.


While Rhapsody is small in scale, accommodating just 140 passengers, its educational enrichment component is nothing short of grand. Here's how it works: Guests are divided into as many as three groups, and each group is assigned a program director, who serves as tour guide, cultural liaison and concierge throughout the duration of the cruise. The "PD's," as they're called, are well-equipped and, because they are from the region -- on our recent 10-night cruisetour of Old World Prague and the Danube, one PD was from Romania, the other from Bulgaria -- they often share personal observations that add texture to the tour experiences. Of course, there are also optional shore excursions with local guides, along with a number of "highlights" tours that are included in the cost of the fare.


On large ships, crew can be somewhat anonymous. Not so on Rhapsody. With just 34 crewmembers, passengers get to know them by name and by personality. If nothing else, the hilarious crew show toward the end of each cruise is worth the price of the ticket. Rhapsody does close to 40 cruises a year during the European sailing season, starting in March and ending in mid-December. At 10 years old, Rhapsody is a ship that still packs a lot of punch.

Rhapsody's passengers tend to be retirees from the U.S. They're also a loyal bunch. Of the 76 guests on our cruisetour, almost half had taken three or more previous trips with Grand Circle.

Rhapsody does not have a formal dress code, so personal preference prevails. Overall, passengers tend to dress somewhat casually. Jeans and nice tops are acceptable for nighttime dining. There are no formal nights.

The Springtime beauty of the Great Rivers of Europe mingled with the excellent and caring of the River Rhapsody staff made for an amazing trip!Read More
shelleakin

Christmas Market Nov. 25, 2018 on the Melody and the Rapsody

I say both because due to low water we were bused from one to another.I have been left extremely disappointed by a Grand Circle, due to the fact that other company’s had cancelled with options of refunds or credits to another cruise.Read More
freebob

We bused from Lucerne to Basel where we boarded the River Rhapsody where we were greeted with champagne and a hot towel - nice.Read More
larrymummey

Christmas Cruise on the Rhine

The markets are spectacular and the Rhapsody offered so many rich musical experiences. The service and the leadership on this boat are incredible.Read More
smcandrew