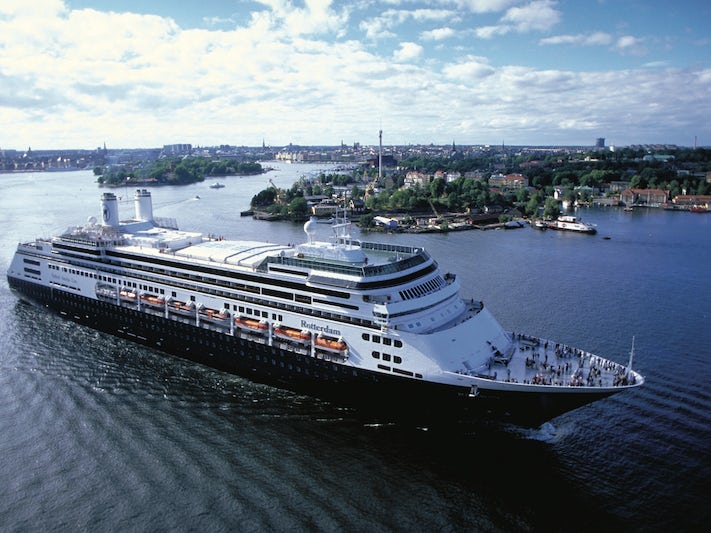 Rotterdam was sold to Fred. Olsen Cruise Lines in the summer of 2020, and will enter service with the line in 2021 as Bolette.

Simple ship with a laidback atmosphere

Launched in 1997, Rotterdam VI is the sixth in a line of Holland America flagships and it shows. The first Rotterdam set sail in 1872, beginning a Holland America tradition and reputation that continued through Rotterdam V, one of the most beloved ships of all time and host to 28 world cruises.

Like her five classic predecessors, Rotterdam is more of a throwback to earlier cruise ships compared to most megaships built after 1995. However, with a maximum cruising speed of 25 knots and all of the modern amenities expected of a relatively large ship, the Rotterdam successfully straddles that sometimes fine line between classic and modern.

Highlights of the Rotterdam experience include: some of the largest "standard" cabins afloat; a high percentage of outside cabins that feature verandahs; upscale alternative dining in the Pinnacle Grill; and the Explorations Cafe -- a library, Internet cafe and coffee bar wrapped into one popular hangout.

The Rotterdam also features typical Holland America history and service. Memorabilia of the line's fabled past can be seen throughout the ship (the Dutch officers are happy to share the company's history with curious passengers). In addition, the Indonesian and Filipino staff continue the Holland America tradition of sparkling clean ships and white-gloved service.

Though a typical Holland America and Rotterdam cruise tends to attract more mature passengers, younger travelers and families are definitely coming aboard. It all depends on the itinerary and time of year. Gentleman Hosts are typically onboard for cruises of two weeks and longer.

Seven-night cruises typically feature two formal nights, with an extra formal night for every additional five days or so on longer cruises. Men definitely tend to wear tuxedos on these nights. Semi-formal nights call for jacket, but ties are optional. Casual nights simply call for resort wear, where blue jeans and T-shirts are frowned upon by fellow passengers.

Rotterdam has Lani suites on the Promenade deck. They have full length sliding glass doors and it seems that everyone on the ship goes by.Read More
rlauder

Have been on Rotterdam multiple times. Enjoy the size of ship, the fact that it still has an Explorations Cafe and full Promenade deck, making it very comfortable, especially on sea days.Read More
Seamore42

Great Itinerary But Time to put The Old Mare to Rest

We like the smaller ships but the Rotterdam needs to be retired. Rusty and too old to fix.Read More
Baybari