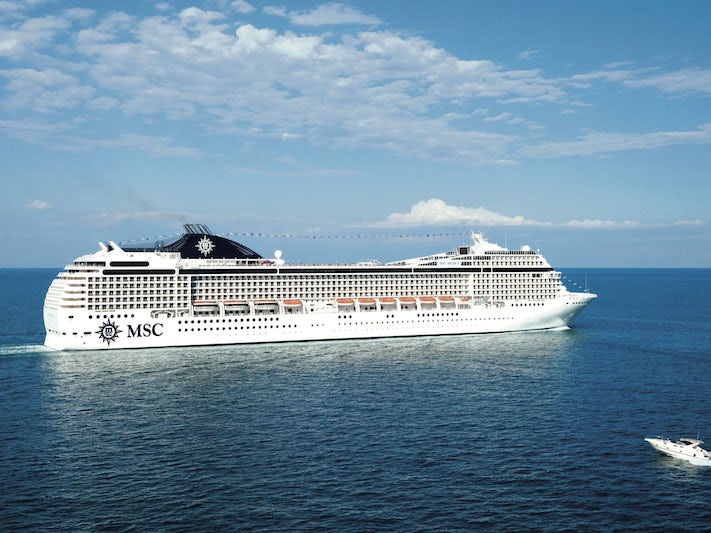 When MSC Crociere's Musica launched in mid-2006, there was a sense of breathless expectancy about the line's newest and largest ship. Among other things, would this grand addition, christened by no less a luminary than Sophia Loren, help MSC grab a larger slice of the English-speaking market in its native Mediterranean waters? Would it convince those coveted English speakers to experience a cruise line that proudly bills itself as: "Beautiful. Passionate. Italian."?

But first: Why would an Italian cruise line, on its home turf, care so much about attracting English-speaking passengers like us? As Nino Gaetano Fontana, Musica's hotel director, framed it on our recent cruise: "We operate in a global market today, and we don't have too much market share in England or the U.S. We're marketing to all English speakers. But it's important that they know we are Italians -- who speak English."

Cruise-wide, according to Fontana, MSC has doubled the number of English-speaking passengers in the last three years. By default, most of the line's Caribbean cruises cater to North American travelers. The real test lies in Europe, where Musica is based. On our Mediterranean cruise, off-season in January, 299 of the 2,500 passengers hailed from the U.S., Great Britain, Australia and Canada. Just seven of us were Americans. By far the largest group -- over 1,200 -- were from Germany. Surprisingly, only 205 were Italian. In all, there were passengers representing more than a dozen countries.

It's interesting math for the forward-thinking MSC, and for us it added up to this: The immaculate Musica -- loaded with special touches like a super-size movie screen over the pool; stylish cabins; sensational night-time entertainment; and one of the best Japanese restaurants I've ever been to -- is a terrific ship. It certainly stands up to the competition. But Musica's essence for us as Americans was the multi-cultural element, which added a dramatic and sometimes difficult dimension to the trip.

Here's why. While English is Musica's official language, as it is for air traffic, some things get lost in translation. When we reported our telephone wasn't working, the woman at reception was convinced we were talking about the TV or the Internet. The phone never did get fixed. During a bilingual shore excursion to Mount Vesuvius, the promised English version gave way disappointingly to German-only. Our English-speaking shipboard hostess -- each nationality has an appointed liaison -- told us she received emphatic complaints about the limited number of in-cabin films in English.

On the other hand, labels at the buffets are in English and Italian. When public announcements are made, they're delivered in five -- count them five -- languages. Except for the wine bar, where the menu is in Italian, all of the bar menus are in English. And, of course, each of us received a daily program in our native language.

But our international cruise experience left us with some lasting memories:

The elderly German woman who, in her shower cap, had a soak in the hot tub on the pool deck each morning at sunrise, no matter the chill factor.

Animated trivia contests played out in the Tucano lounge, nationality pitted against nationality (with questions such as: From which part of Jupiter's body was Minerva born? What's the name of the third Beethoven symphony? In the Bible, what was created on the fourth day?). Imagine that those questions were asked five times apiece -- in five different languages.

The Italian man who expressed displeasure that Italian isn't the preferred language.

That magic moment, after days of watching Euro-centric news, when CNBC Europe appeared briefly on our TV one night with, of all things, "The Tonight Show with Jay Leno." It nearly made us giddy.

The Northern Europeans, bundled up in jackets, hats and scarves, with faces raised to the sun from precisely-placed deck chairs.

The realization that, except for chatting with a woman from Wisconsin who has lived in England for 30 years, we never heard a single American accent the entire cruise.

Musica attracts an international mix. During the winter season, German passengers make up the majority. During summers, it's the Italians. There also tend to be many more Americans during holiday sailings and during the high season -- as many as 200-plus.

Europeans tend to dress up a bit more during the day, but jeans or shorts are still fine. Evening dress, announced in the daily program, comes in three categories: casual, informal and formal. Men will need a dark suit and tie or tuxedo for the formal nights. Women should have a cocktail dress or evening gown. On informal nights, men are asked to wear trousers and a jacket (no tie) and women, pants outfits or an "informal" dress. On casual nights, men can get away with jeans or slacks and a sports shirt while women are generally held to the "informal" standard.

When going ashore, passengers are asked to adhere to local customs. During the shore excursions in Tripoli, for instance, it was requested that passengers wear trousers and have their shoulders covered.

Get MSC Musica price drops
250,000+ people have entered their email

Find an MSC Musica Cruise from $149

Where does MSC Musica sail from?

Where does MSC Musica sail to?

How much does it cost to go on MSC Musica?

Cruises on MSC Musica start from $149 per person.

Is MSC Musica a good ship to cruise on?

MSC Musica won 1 award over the years, including Best for Entertainment in 2019.
MSC Musica Cruiser Reviews

The good and the bad