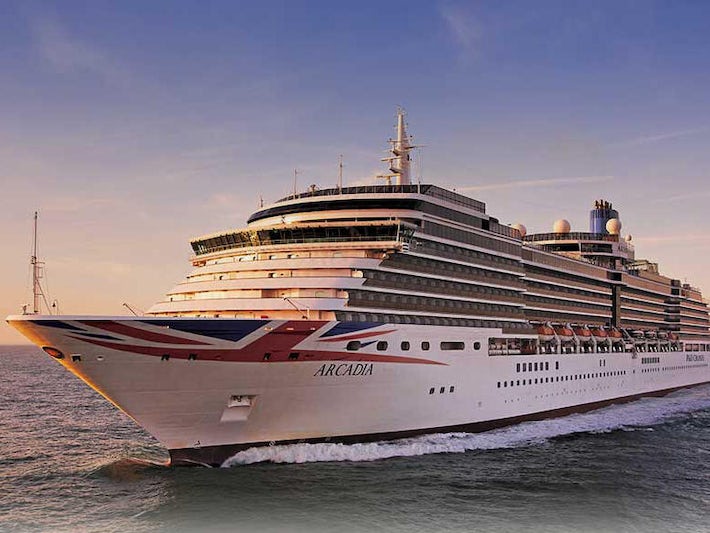 Arcadia is one of the line's three adult-only vessels and became one of the first P&O ships to offer weddings because its Bermudian registry allows captains to marry couples at sea.

There's no ballroom and limited space for dance enthusiasts

Mid-sized traditional vessel aimed at the British market, benefitting from a 2017 £34m refurb

Arcadia offers a raft of attractive facilities including excellent entertainment and top-notch speciality dining to appeal to P&O's mature and predominantly British passengers who rate style, ambience and a relaxed atmosphere over gimmicks and adrenaline-fuelled activities.

Arcadia has an interesting background: Unlike P&O's purpose-built vessels, Arcadia was originally ordered in 2000 by Holland America Line, destined to become the fifth Vista-class ship. Then it was allocated to Cunard as the next Queen Victoria, before being launched in 2005 under the P&O Cruises brand. (Ship aficionados can spot tell-tale signs of its previously intended guise, such as an adapted Cunard-style funnel). The atrium is also smaller, and not quite the heart of the ship as it is on its sister vessels.

Based in Southampton and sailing on a variety of itineraries from short taster cruises to round-the-world voyages, the bright (but tasteful) refit brings Arcadia in line with the fleet's newer vessels.

Be the first to know when Arcadia prices drop so you can book with confidence.

The majority of passengers are British, and typically a mature, over-60s crowd, many of whom are fiercely loyal to P&O and have sailed with the line for years -- often decades. This demographic changes dramatically on mini-cruises, which attract lively groups of families and friends celebrating birthdays, anniversaries and other occasions.

By day the atmosphere is easygoing, and most passengers opt for casual shirts, shorts, trousers and beachwear. From 6 p.m. the dress code is formal or "evening casual" in bars and restaurants. There are usually four formal nights on two-week cruises (usually on sea days) and for cruises over seven nights there is a black and white themed ball. P&O cruisers love to dress up and even on three-night itineraries you can expect one formal night.

P&O defines evening casual as separates or dresses for ladies and open-neck polo shirts and casual trousers (not shorts) for men. Smart dark denim is also fine but not trainers, football shirts or tracksuits and passengers typically err towards the smarter side of casual.

Black tie nights are glamorous affairs, with passengers keen to go with the flow rather than buck the trend. If you want to break out a full-length ball gown on formal evenings you won't look out of place. For men, dinner jackets or tuxedos are the norm, but a dark lounge or business suit and tie can be worn as an alternative.

Where does Arcadia sail from?

Where does Arcadia sail to?

How much does it cost to go on Arcadia?

Cruises on Arcadia start from null per person.

Is Arcadia a good ship to cruise on?

Arcadia won 9 awards over the years, including Best for Embarkation and Best for Shore Excursions in 2019.
Arcadia Cruiser Reviews

Arcadia is my favourite ship. I have sailed on Cunard QM2 but on that 7 days was too many.... Read More
Clipper Chick

It was a great time to cruise with P & O on the Arcadia - 4 weeks away at the beginning of November when it was wet and cold in the UK.... Read More
Stephen Penrose

After over half a dozen wonderful cruises on Arcadia, we booked this special new years cruise without hesitation and again we were not disappointed!... Read More
APMuso