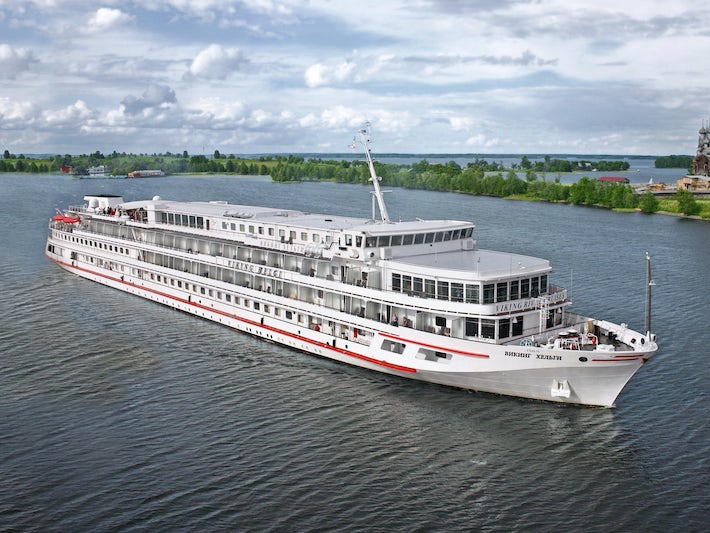 Like its fleetmates, Viking Ingvar and Viking Truvor, Viking Helgi offers "Waterways of the Czars" themed trips between St. Petersburg and Moscow, with calls at culture-filled villages and unique towns along the way, such as Yaroslavl, Uglich and Goritzy. There, viewing highlights include grand monuments and opulent palaces, fortified monasteries and beautiful cathedrals.

Viking is an adults-only cruise line; passengers must be 18 to sail.