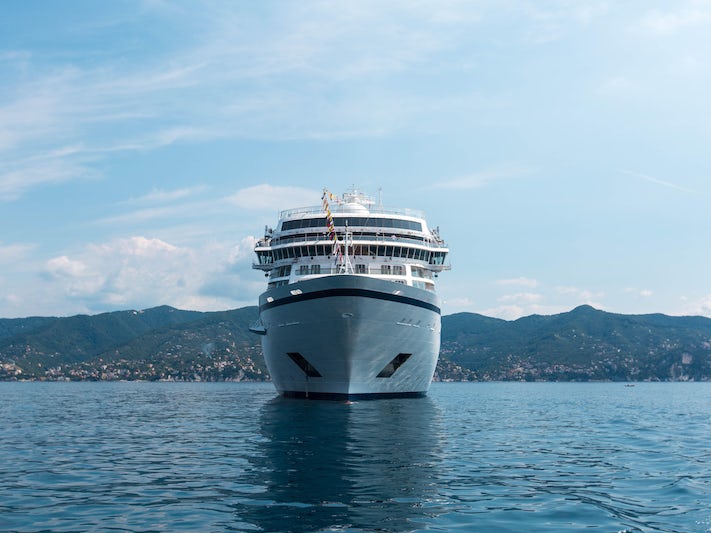 Viking Cruises' latest oceangoing ship, Viking Neptune, will make a splash when it enters service in December 2022 and embarks on an epic World Cruise visiting nearly 30 countries. The eighth ship in the line's expanding fleet, the 930-passenger is the identical sibling to Viking Mars which debuts in May 2022 and will bear all the trademarks of the earlier ships.

Keen-eyed Viking fans will spot the fact that Viking Neptune is not the first to bear the name. One of Viking's river cruise ships launched in 2001 formerly carried the moniker before it was retired after the debut of the modern Viking Longships. However, the latest incarnation constructed at the Fincantieri shipyard in Italy will bear all the trappings of the understated Scandinavian style for which Viking is known.

Viking Neptune will vary little from mold cast by 2015's Viking Star, Viking's debut oceangoing vessel which was lauded for its interior decor, spacious public rooms, and comfortable, charming staterooms, all of which offer private balconies. A world away from all-singing all-dancing party vessels, Viking unapologetically caters to sophisticated travelers in search of cerebral pleasures rather than waterparks, casinos, art auctions and photo galleries. All of these will be absent on Viking Neptune, along with children as Viking is an adult-only line.

While many other lines reinvent their ships as each new vessel comes out, Viking has remained with a uniform look and layout. The line maintains that repeat passengers want to feel instantly at home rather than waste time figuring out how to find their way around the ship.

While the 465 cabins are mostly identical, advances in cabin grade add additional living space along with other perks. Viking bases its onboard amenities on cabin grade, so paying a bit more for a larger cabin can also entitle passengers to board earlier, reserve shore excursions and dining options sooner, and add little niceties like complimentary mini-bars with either soft drinks or alcohol that are replenished either daily or per voyage, depending on the grade.

The one Owner's Suite is 1,448 square feet and comes equipped with separate living and sleeping areas, a sauna, and large conference room that can be used for private dining.  The suite includes personal touches created by Viking chairman Torstein Hagen, including family photos and some of his favorite books.

Viking Neptune will offer plenty of open deck space, along with a hidden area for relaxation up by the vessel's radar mast. The ship offers a midship pool and hot tub area underneath a retractable roof, while an aft-facing infinity pool is located at the stern of the ship, surrounding the outdoor seating for Viking's trademark Aquavit Terrace. Also noteworthy is the sheer amount of open deck space. Hardly a single upper-deck doesn't offer considerably vantage points for scenic cruising.

Movies, lectures and informative itinerary-specific presentations are offered in the theater, which also hosts full-scale production shows most evenings. Games, puzzles and books are featured liberally throughout the ship. Evenings onboard see musicians performing in the Living Room Lobby and the Explorers' Lounge, while a jazz and blues band kicks things up a notch in the clubby venue, Torshavn -- the latter also doubling as a repository for fine vintage Armagnacs at sea.

The ship will also have a Nordic-inspired spa with a thermal suite and novel snow grotto, all available at no extra cost. These spas are among the best at sea and it's unusual to have it included in the fare.

Viking Neptune Will Not Have Any For-Fee Restaurants

Dining is a real event aboard Viking's ships, running the gamut from a casual buffet to Viking's sumptuous, and complimentary, specialty restaurants.

The Restaurant offers up breakfast, lunch and dinner in a casually-elegant setting, where every table is within sight of the room's floor-to-ceiling windows, which can open electronically when conditions allow to let in fresh air from the adjacent promenade deck. Other laid-back options include the poolside Grill and Mamsen's, serving Norwegian specialties such as waffles, warming split pea soup and open seafood sandwiches.

Viking Neptune's pair of specialty dining options are complimentary but must be reserved in advance. The Chef's Table offers a selection of rotating tasting menus reflecting different culinary cultures and tastes. These can be paired with a complimentary or premium (additional-fee) selection of wines chosen specially for the menu on offer. The Italian eatery Manfredi's is well-known for its tempting bread baskets, steaks and Mediterranean dishes.

The Kitchen Table is the ship's most exclusive option and is available for small groups at extra cost. Visits to a local market with the chef are followed by interactive cooking classes before the finished meal is served with selected wines.

When is Viking Neptune's Maiden Voyage?

Viking Neptune sets sail from Fort Lauderdale on December 22, 2022, on its maiden voyage which will be a 137-night World Cruise to London, England. Visiting 28 countries and 58 individual ports of call, this World Cruise sailing is sold out.

Viking Neptune Itineraries Will Focus on the Mediterranean

After the World Cruise, Viking Neptune will spend the 2023 season sailing on itineraries in the Mediterranean.

Viking Neptune is 47,800 gross tons and will carry 930 passengers at double occupancy, with 470 crew.

Get Viking Neptune price drops
250,000+ people have entered their email

Find a Viking Neptune Cruise from $2,799