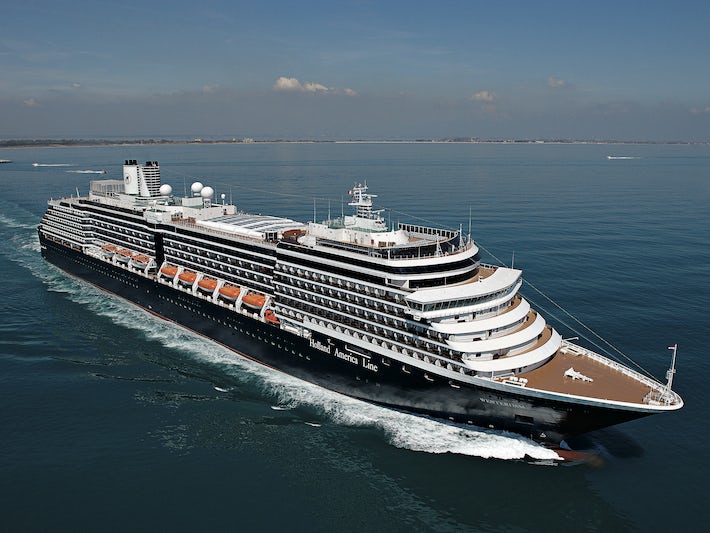 Holland America has been in the midst of a change for several years and Westerdam is a perfect example of the line's new, younger persona. Rather than exclusively catering to the senior market, Westerdam now is perfectly positioned to attract both baby boomers and older Gen Xers.

Emphasis on live music, of a wide variety, that makes for a lot of choice in the evening

Few entertainment and activity options for teens and young adults

Refined, but casual experience that attracts its youngest and most active crowd in Europe

The ship offers something for most everyone in those age brackets. Music lovers have three amazing choices from classical (including modern hits in classical style) at Lincoln Center Stage to have-to-dance blues and rock 'n roll in B.B. King's to sing-along sessions of your favorite radio hits at Billboard Onboard. While you're not going to find any raucous early-morning parties on Westerdam, the entertainment onboard keeps the boat rocking until a bit past midnight. This is particularly true on the ship's European itineraries, which bring in a more global -- and younger -- group of passengers.

Those looking for enrichment during their travels will find computer and camera classes in the Digital Workshop, as well as destination lectures from the Explorations Central (EXC) experts. Plus, the neat interactive touch tables in the Explorations Central lounge have a variety of information about many of the ports of call on every itinerary. We loved stopping by the Question of the Day display each day to give our answer to questions like, "Which country could you visit over and over and never get tired of?"

With all that's on the daily schedule, along with the spaces that are still perfect for relaxation -- the Crow's Nest section of Explorations Central, the King's Room library -- Westerdam is a perfectly calculated mixture of energy and tranquility.

Get Westerdam price drops
250,000+ people have entered their email

But with all that's new, Westerdam has not lost Holland American staples like an emphasis on service (though on our cruise, service had the occasional bump, particularly in the restaurants) and delicious food in all venues.

Your fellow passengers on a Westerdam cruise will be remarkably different depending on whether you're cruising in Europe or the Caribbean. In Europe, the passenger base is heavily Australian and Dutch, with people also coming from England, the United States, Asia and Spain, and the age range is wider than in the Caribbean with more families including kids (in some cased more than 100 kids under 18) and adults ranging from 45 to 80 years old. On these cruises the party goes a little bit later into the early morning hours and the overall atmosphere is more active in general.

In the Caribbean, the demographic shifts back to Holland America's core North American market and the age range goes back up to 55-plus, with nightly fun coming to a close closer to midnight (or earlier). This is not because the onboard offerings change, but because the line historically draws an older clientele in North America and its newer offerings have not yet been adequately communicated to the cruising population at large.

Casual attire is appropriate during the day and most evenings in all dining venues. Shorts, beachwear, distressed jeans and men's tank tops are never permitted in any of the restaurants except the Lido Market. On Gala Nights (there's usually one per seven days), passengers are encouraged to dress to the nines, though slacks and a collared shirt are all that is required for men, while women should wear a dress, or skirt or slacks and blouse ensemble. You will see plenty of men in suits and even a few in tuxes, and you'll see women in gowns.

Find a Westerdam Cruise from $449

Where does Holland America Westerdam sail from?

Where does Holland America Westerdam sail to?

How much does it cost to go on Holland America Westerdam?

Cruises on Holland America Westerdam start from $449 per person.

Is Holland America Westerdam a good ship to cruise on?

Testing the waters after covid

Westerdam is not our favourite HAL ship due to its layout of some of its public rooms.Read More
big43rdkid

Great to be back on the Westerdam!

The Westerdam is one of our favorite ships. This was our 4th time on the Westerdam, and 1st time on the Alaskan itinerary with HAL. We chose this itinerary for several reasons.Read More
btdt2015

Not what it used to be!

First time back on the westerdam since 2019 and have found the changes onboard very disappointing.Read More
Steveoka

What an amazing cruise!

We LOVED our cruise on the WESTERDAM by Holland America Lines..... From the fantastic room to our cabin steward, to the shore excursions and onboard entertainment, everything was top notch.Read More
kawailo1