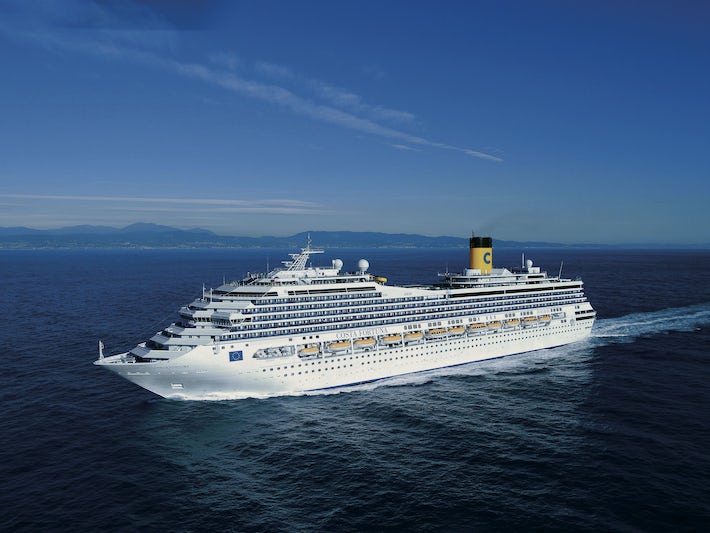 Costa, a member of the huge Carnival Corporation family of cruise lines, is taking the lead. Costa Fortuna, launched in November of 2003, represents a continued evolution. The strategy of the Genoa-based company, as it unveils its new ships, is to provide a mostly European passenger base with the same amenities -- high balcony ratio, an alternative restaurant, and a splashy decorating scheme -- as those that North American travelers now demand.

What's particularly interesting about Costa Fortuna is that it's actually built on the same platform as sister company Carnival Cruise Line's Carnival Triumph and Carnival Victory, and also resembles Carnival Destiny and Carnival Conquest in many important ways. Add to that an American touch on the decor -- this ship, like Costa Mediterranea before it, was designed by Carnival's uber-design-master Joe Farcus. What you get, ultimately, is a pan-European cruise experience mixed with American-style comforts.

Onboard, the ship's decorating theme pays homage to classic Italian vessels (every public room is inspired by -- and named after -- a particular ship) and Farcus has blended a bit of elegance with a defiantly whimsical flair. Costa Fortuna is not as neon-flashy as Carnival and yet is definitely more lively, in color and texture, than traditional European cruise ships.

Expect to find that about 15 percent of passengers hail from North American; the rest are primarily from Italy, Spain, France and Germany (and, as a result, on important announcements and during the muster drill each message is repeated in five different languages).

Casual during the day, smart casual in the evenings, with one formal night and one semi-formal night on a seven-day cruise.

Get Costa Fortuna price drops
250,000+ people have entered their email

Find a Costa Fortuna Cruise from $559

Where does Costa Fortuna sail from?

Where does Costa Fortuna sail to?

How much does it cost to go on Costa Fortuna?

We would definitely do another Costa cruise on either the Fortuna or one of their other ships in the future.Read More
LisK

This American's First Costa cruise, my (long-winded) take on Costa

Because smoking is allowed on balconies on Fortuna, and I'm assuming all Costa. I'm HIGHLY sensitive to smoke.Read More
NWHairGal

The atrium on Fortuna has a glass roof on deck 11 and glass elevators all the way to deck 2.Read More
dawnprincess2010

Costa offered a deal on alternative itineraries and we chose a 15 night trip to the Far East on Fortuna. On reading the reviews after booking we wondered whether we had made a huge mistake.Read More
NIKIM5758