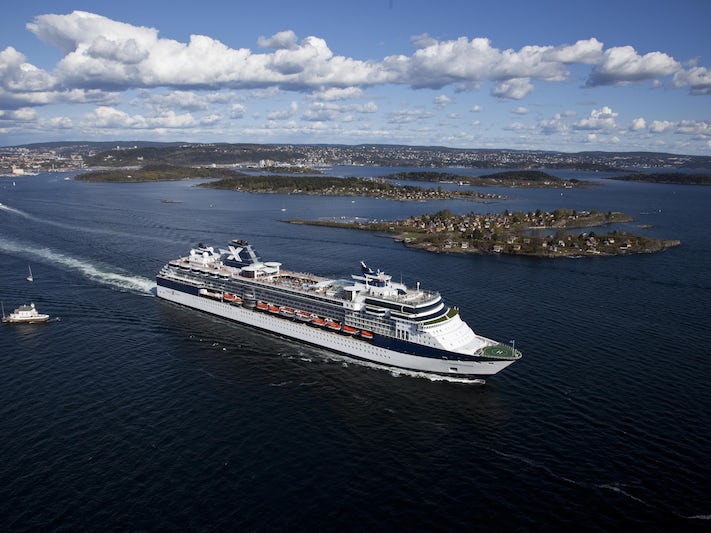 Affectionately known as "Connie" by its fans, the 2,034-­passenger Celebrity Constellation debuted in 2002 as the fourth and final ship in Celebrity Cruises' Millennium Class. Over the years, the ship has developed a host of admirers and repeat cruisers who are drawn to its value, comfort, above-average food and drink offerings, friendly crew, spotless facilities and intriguing itineraries.

Officers and crew are friendly and accessible

From drinks to the spa to dining, there's an upsell

Constellation sailings are a great value for the money

Constellation, and the Celebrity line as a whole, attract older cruisers looking for an experience that offers value and a bit of luxury. In both price, quality of food and service, and general ambience, Connie strives to balance the intimacy offered by smaller ships and the leisure, entertainment and dining perks offered by bigger ships. Passengers have access to nine bars and lounges; French, Italian and sushi alternative restaurants; a large casino and nightly Vegas-styled entertainment.

The staff is friendly and helpful, and senior officers, including the captain, are very visible and accessible. All go out of their way to chat with passengers on their frequent walks through the ship and at shipboard events.

Get Celebrity Constellation price drops
250,000+ people have entered their email

Celebrity attracts upper middle­class passengers, many of whom are experienced, savvy travelers who have sailed on the ship several times. Passenger demographics depend on the season and itinerary, with summer and seasonal holidays drawing more families with children than other times of the year. The ice-frosted martini bar and casino are lively evening venues, but this is not a late-night disco-loving party boat. Passengers are typically in the 40 to 70 age range, although it's not uncommon to see some couples in their 20s and 30s – many enjoying honeymoons or a first cruise.

Americans, Canadians and Europeans usually make up the largest passenger groups, though the mix can significantly change with the itinerary. When the ship is in Europe, the passenger mix is international, with a roughly even blend of North American and European cruisers, mostly hailing from England, France, Germany, the Netherlands, Italy and Spain. For Asian routes, the number of Asians and Asian-Americans spikes significantly, as does the number of Australians and New Zealanders. Eastern Mediterranean cruises see a marked increase in cruisers from Slavic and Eastern European countries. In the Caribbean, expect the breakdown to skew much more toward North American, especially from wintry areas of the United States and Canada.

During the day, dress is resort casual, but Celebrity passengers tend to dress up for dinner -- typically button-down or dressy Tommy Bahama-type sport shirts and slacks for men and dresses or smart-casual pants for women. Formal night on Celebrity has been replaced by "evening chic" in the main dining room. This means that men can ditch the full suit and tie in favor of a sport coat and collared shirt, with designer jeans. Women can wear cocktail dresses, sundresses or designer jeans or nice pants. In the buffet, almost any form of dress is allowed except swimwear, flip-flops, spa robes and bare feet.

Find a Celebrity Constellation Cruise from $349

Where does Celebrity Constellation sail from?

Where does Celebrity Constellation sail to?

How much does it cost to go on Celebrity Constellation?

Cruises on Celebrity Constellation start from $349 per person.

Is Celebrity Constellation a good ship to cruise on?

Read More
C and J and B

Celebrity used to be a Great combination of Tradition & Value